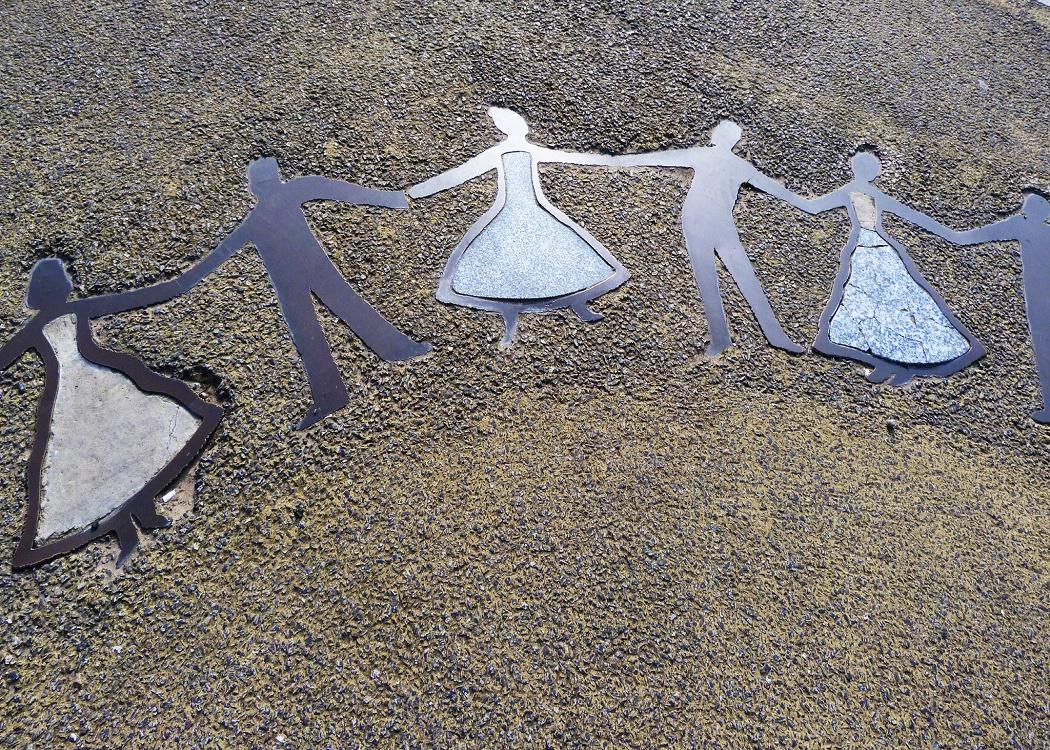 Ross Ahlfeld, who has a keen interest in Catholic social teaching and old Christian socialism, examines the current relationship in Scotland between religious and non-religious groups

SCOTLAND’S political and economic independence is currently on hold, for a while at least, but this doesn’t mean that we can’t have conversations about how we continue to change our country for the better and develop our own cultural life.

You may for example, have been following the recent public debates between the Free Church of Scotland and various Scottish militant secularists and atheist groups.

Naturally, the Free Church’s moderator, Rev David Robertson, feels that Christian values still have a positive role to play in the Scottish education system, while many of the Church’s hard-line secular opponents are arguing that all faith-based education must be banned from our schools as soon as possible.

Scottish secularists are generally perceived by Scottish Christians as being especially anti-Christian, intolerant and not really secular in any real sense.

Some of these exchanges between the Free Kirk and the secularists in various national newspapers and in other media outlets have been pretty fiery at times. This is mainly because Scottish secularists are generally perceived by Scottish Christians as being especially anti-Christian, intolerant and not really secular in any real sense.

I have to confess that I have a great deal of respect for the Free Church and Reverend Robertson, whose social conscience and openness is very refreshing.

Indeed, many of my own forbearers in Gourock were part of the secessionist party during the Great Disruption and have their roots in the Free Church. I also believe that the self-reliant and communal spirit of the Free Church has at times represented the very best part of the Scottish people.

For me, such debates are symptomatic of a nation which is asking itself positive questions and is trying to work out what kind of country we want to have in the future.

The problem is in the fact that most think tanks and commentators exist to advance a specific ideology. The plan is normally to try and gain access to people within government and become highly visible in the media.

For me, such debates are symptomatic of a nation which is asking itself positive questions and is trying to work out what kind of country we want to have in the future.

These loud voices (usually middle class, metropolitan voices) often promote their agenda most effectively and in doing so dominate the entire discussion which nearly always results in a very polarized debate devoid of any notions of our common good.

Another development which may be adding to the general climate of entrenchment is the way in which many of our modern workplaces have become extremely competitive places while our jobs have become more individualistic.

Sadly, too many employers now see human beings as disposable commodities. These developments do not encourage the movement towards any kind of understanding or unity. Yet work is the place where racism, homophobia and all kinds of prejudice can be eliminated.

It is in the workplace where even fundamentalist Christians are no longer able to think about the gay community in the black-and-white terms that earlier generations did. Gender, race, religion and especially sexuality all become irrelevant the moment a workmate covers your shift to allow you to keep your religious observances and holy days with your family.

From this point onwards they become our friends and our family and this is how it should be between secular and religious too.

So perhaps one solution is to try and reclaim the value of work and the importance of human relationships within the workplace. Maurice Glasman, for example, talks about virtue, value and vocation as well as relationships, responsibility and reciprocity in the workplace, drawing on ideas expressed in Catholic social thought.

Let me give you a few of real examples of exactly what I’m getting at; I have two dyed in the wool atheist workmates who affectionately describe me as ‘Ross with the imaginary friend’. One of them brought me in pasta salad for lunch for the duration of Lent because I was abstaining from meat.

The other, a self described ‘Hitchenist’ (Christopher not Peter) was once in Paris for a Noel Gallagher gig but took time out to go to the Sacre Couer to pick me up a Holy medal since he was aware of my special devotion to the Sacred Heart.

The solution to our differences comes from the place it has always come from. It comes through love and real human relationships, many of which take place in work.

Another atheist friend used to come in early on Sunday mornings from a night of partying, make me breakfast and then get me up for Mass simply because he knew how much it meant to me.

Such people are what the Bible calls “the salt of the earth and the light of the world”, mainly because they teach us that we don’t need polemicists to resolve our differences.

Nor do we need to comply, change or surrender something of ourselves to find common ground as the militants demand. Rather, the solution to our differences comes from the place it has always come from. It comes through love and real human relationships, many of which take place in work.

Maybe St. Paul’s words to the Corinthians can express something of our hopes for both secularists and the faithful in a future Scotland: “Our mouth is open to you, Corinthians; our heart is wide. You are not restricted by us, but you are restricted in your own affections. In return… widen your hearts also” (2 Cor 6:11-13).