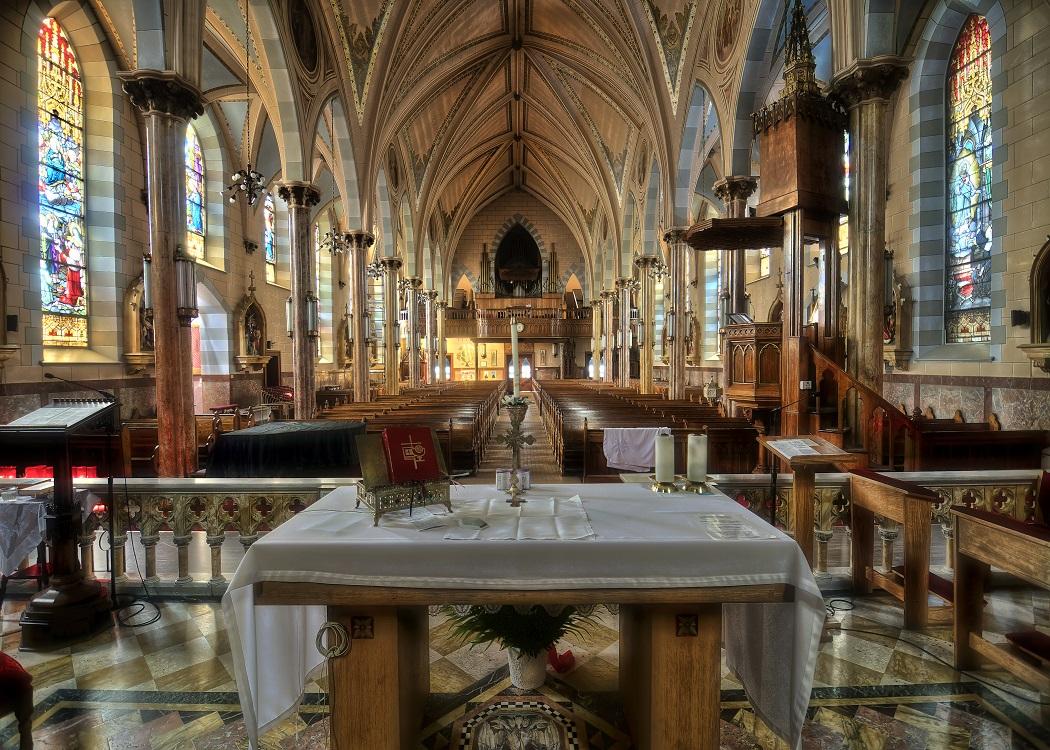 Due to falling attendances, a lack of priests and a drop in income, the Catholic Church this week announced plans to drastically cut the number of churches in parts of Scotland (click here to read more). Ross Ahlfeld, who has a keen interest in Catholic social teaching and old Christian socialism, explores the future direction of the Church

IT’S been a mixed week for Scottish Catholics.

First off, Pope Francis continues to build on his social justice credentials and popularity by finally announcing that El Salvadorian Archbishop Romero is a martyr, in doing so, the Pope has created the path to Romero’s sainthood. Oscar Romero was murdered by rightwing militia while saying Mass in 1980, but it’s thought that his beatification had been delayed because of his association with leftwing Liberation Theology.

This is good news for Catholics in Scotland who want to see a more progressive and politically radical Church. Indeed, such a move sits well with the types of initiatives going on in the Scottish Church at the moment. For example, there is the Church’s ‘Just Faith’ project which is about trying to get the faithful directly involved in social justice action.

However, being politically sound and ‘right on’ clearly doesn’t result in bums on pews, as the often ultra-trendy Church of England has also discovered. This week it was revealed that the Archdiocese of St Andrew’s and Edinburgh may have to reduce the number of Parishes from 100 to just 30 due to a lack of priests and falling Mass attendance.

Perhaps the big drop in numbers attending Mass and the Church’s subsequent loss of influence on wider society isn’t such a big disaster after all.

This dramatic decline in numbers can perhaps be linked to a rise in Churches getting more involved in things like social issues. Don’t get me wrong, justice and peace are, and always have been, an integral part of the Catholic faith. But often, such moves can be seen as an effort to be relevant to the outside world in the same way that churches sometimes try to make liturgical worship cool with funky music in a desperate attempt to attract the kids back to Mass. Ironically, the same type of music which helped to empty the pews in the first place.

Yet, perhaps the big drop in numbers attending Mass and the Church’s subsequent loss of influence on wider society isn’t such a big disaster after all. Eventually, the only people left in the Catholic Church (any Church) are going to be the true believers, since cultural Catholics no longer feel any obligation to attend Mass. As a consequence, the Church will then lose any last lingering social privilege it once held.

And this is good, it’s good for society and it’s ultimately good for the Church, too. It’s good because in truth, the main business of faith communities is the act of worship and serving of God (through works of mercy and good deeds) but principally, it’s work is in witness, prayer and the sacramental life. In a way it’s a balance, for example when a Church abandons its core spiritual life in favour of social work and popularity, it eventually loses all relevance and dies.

Similarly, when a Church forgets to serve the poor and commits itself exclusively to Sunday worship, it then in turn makes that worship meaningless and empty. Therefore, the dwindling Catholic community in Scotland needs to focus on developing Christian life and community rather than attempting to reform the secular culture as it often tries to.

Catholics should forget the fact that Scotland was once a Catholic nation, instead Scottish Catholics and all Scottish Christians should always try and see themselves as what Stanley Hauerwas calls “resident aliens” in a foreign land – Hauerwas often uses the metaphor of a colony to describe the Church.

Instead of trying to conform the nation to the gospel to increase numbers, Catholics would be better off conforming to the gospel themselves and in turn creating a smaller and more devout Church which serves and witnesses. And instead of taking over society and imposing their convictions and values on people who no longer share their faith, they’d simply be “the church” serving others. This is what smaller communities of faith might look like.

It’s also worth nothing that such a small but devout Church could be problematic for most cafeteria Catholic politicians like Jim Murphy and Tony Blair.

So paradoxically, it’s not the charismatic and universally popular Pope Francis who perhaps holds the key to the future of the Church, but rather, the solution lies with Francis’s predecessor, the more academic and conservative Pope Benedict who visualised a smaller but more faithful Church. It’s also worth nothing that such a small but devout Church could be problematic for most cafeteria Catholic politicians like Jim Murphy and Tony Blair.

Yet despite this recent decline for both Catholic and Protestant denominations in Scotland, it would be a mistake to lose sight of the great number of people who still self identify as Christians and are active in the Church today. Despite all these parish closures, the Church remains a huge nationwide institution with a presence in every village and town with more members than most political parties. It’s this existing network and it’s at this level where small faith communities can make a positive contribution to the common good. A great example of this is Anglican Archbishop Justin Welby’s recent plan to set up credit unions in England to provide affordable credit for people on low incomes since churches are in an ideal position to support and strengthen a network of credit unions.

But it’s not just the empty church buildings which could be useful in the future, all our faith communities still have something positive to contribute to this forward looking secular nation. The Church can play its part in the future by reconnecting with the social Christianity which was once at the heart of the Catholic faith in Scotland. Think of men like the great John Wheatley.

In doing so the Church has the chance to reinvigorate itself and take its place within a broad, diverse, mass movement for change to create a better society for us all. Once upon a time the Labour Movement took its inspiration in part from Catholic social teaching by emphasising co-operatives and the idea that the economy must be at the service of humanity, not a vehicle for obscene greed and materialism. In Scotland, this could be the case again.

One final observation, just as Labour in Scotland seems to be pulling in a different direction from Labour in England. Similarly, the culture of Catholicism in Scotland and England seems to be pulling in two different directions, too. After the indyref, some English Catholic commentators denounced the Scottish Bishops as a bunch of SNP lackeys and lefties.

Some within the Catholic Church in England seem to think that the answer to all their problems is to one day usurp the Church of England and take its place as the establishment church once again. This distinctly recusant, Brideshead Revisited view of British Catholicism has never really understood the intensely working class culture of Catholicism of Scotland.