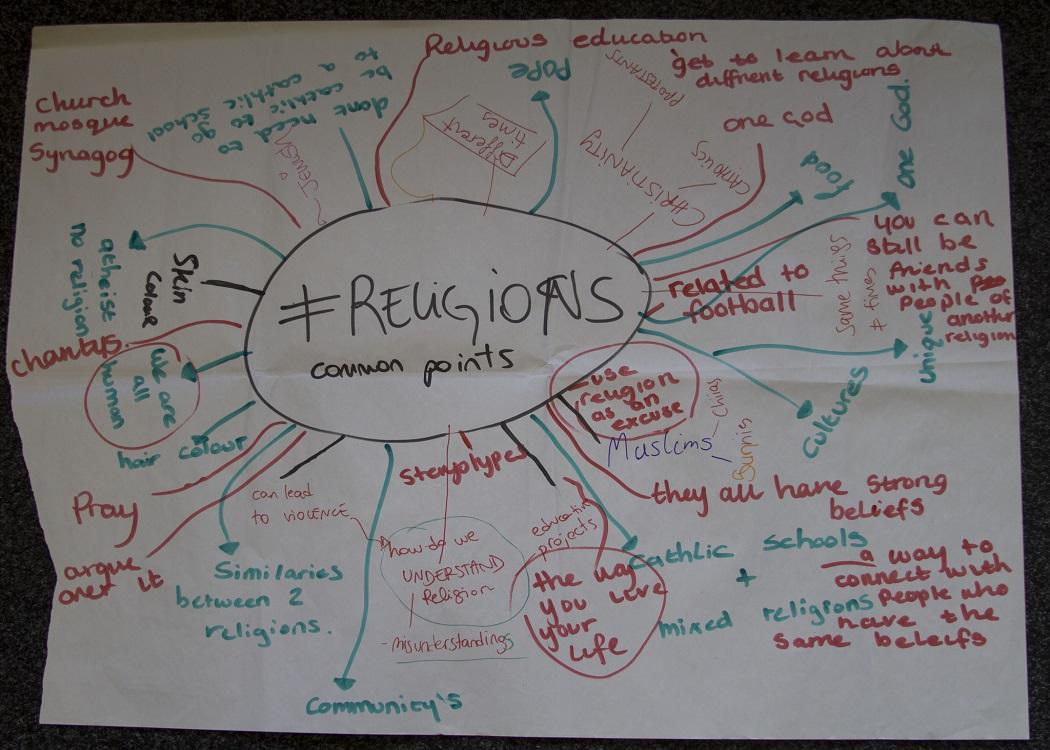 CommonSpace columnist Ross Ahlfeld, who has a keen interest in Catholic social teaching and old Christian socialism, explores how tackling bigotry in Scotland needs an approach that won’t come from either Westminster or Holyrood

IT’S a little known fact that some working class people in Scotland still put some stock in Christianity, institutions and tradition and believe that such things are not in themselves sectarian in nature.

Rather, they believe that both tradition and institutions should (and can) represent the very best of our communities. Neither do they accept that top down, state-sponsored secularism is a good solution to the problems of sectarianism in Scotland.

Such solutions often lack working class credibility and make no provision for the importance of place or belonging. These initiatives often ignore the fact that religion is only one aspect of sectarianism. The overtly political character and non-religious aspect of sectarianism is often overlooked by government-backed schemes with the emphasis being placed solely on faith communities.

Solutions to sectarianism can never seriously come from governments in London or Edinburgh who are both partly to blame for creating what some are calling the growing “ulsterfication” of Scottish politics.

This is because the promotion of such initiatives usually comes from two sources: Westminster (unionist) or Holyrood (nationalist), both of which have competing dogs in this particular culture war fight.

Real solutions to sectarianism can never seriously come from governments in either London or Edinburgh who are both partly to blame for creating what some commontators are calling the growing “ulsterfication” of Scottish politics by reducing every single political question down to a polarized choice between unionist or nationalist. Instead, solutions to such problems must come from within the community itself.

By tradition and institutions I mean things such as the three typical pillars which often define the identity of many supporters of Rangers. Those three pillars being a British identity and admiration for the Royal family underpinned by traditional Protestantism.

The most important of these three being the Protestant faith which at its best once had the ability to empower working class Protestants with a deep sense of dignity, self respect and virtue. (I strongly associate this kind of sturdy Calvinist discipline with my much loved teetotaller grandfather Robey Ahlfeld who was raised in the Church of Scotland, converted to Catholicism, worked as shipwright all his life and wore a shirt and tie everyday in his retirement).

Or in other words: “family, faith, and flag”, none of which are negative expressions of identity (outwith liberal, middle class circles). Such aspects of cultural identity only become problematic when they are detached from neighbourliness, mutuality, love and our shared common good.

Rather than divide people, our politics should be a way to organise various diverse and estranged interests around the idea of a common good. Any common good in Scotland must be built around a unity between town and country, east coast and west coast, Highland and Lowland, Catholic and Protestant, unionist and nationalist, capital and labour, immigrant and local, secular and faithful, men and women etc… rather than the polarisation we are all used to.

You may well ask, but in what practical way can we acheieve this goal? This is perhaps the point where we depart from a modern liberal approach to sectarianism in Scotland and it’s also where we depart from various Marxist/left solutions too, since both schools of thought demand that our communities simply abandon their culture and identity.

Rather than liberal or leftist secular solutions, we should look back to the early days of the British Labour Movement for inspiration and solutions to the problems of sectarianism facing modern Scotland today.

For example, the early Labour party leader George Lansbury is sometimes credited as the father of social gospel/early Christian socialism in England. This is because Lansbury’s socialism and pacifism was rooted in his firm Christianity.

Rather than liberal or leftist secular solutions, we should look back to the early days of the British Labour Movement for solutions to the problems of sectarianism facing modern Scotland today.

Likewise in England, Cardinal Manning was also known for the promotion of a modern Catholic view of social justice. Manning is also remembered as resolving the London Dock Strike of 1889. As Maurice Glasman writes: “The Labour Movement in my country was founded by the Dockers Strike of 1889 in which the workers were supported and protected by Cardinal Manning and William Booth, the founder of the Salvation Army.

“A common good was discovered between Catholic and non-established Protestant congregations within the Labour Movement itself in divided cites such as London, Glasgow, Liverpool and Manchester on the basis of upholding the dignity of the working person and resisting the domination of a ferocious free market and the poor law state.”

Wheatley was born in Ireland, eventually became the MP for Shettleston and was an early advocate for social housing. Like Lansbury and Manning, Wheatley preached a form of Christian socialism through the influence of a Dutch missionary in Scotland priest called Father Terken. Wheatley was also inspired by Lansbury’s leadership of the Poplar Rates rebellion which was a tax protest that took place amongst poor industrial workers in Poplar in London in 1921.

Another early Labour Movement leader in Scotland who is worthy of mention is Robert Smillie. Smillie was born in Belfast but moved to Glasgow when he was in his teens, he was also the miners leader in the Protestant heartlands of Larkhall.

In 1901, when Robert Smillie stood in a Lanarkshire by-election for Labour, John Wheatley (Who was supportive of Scottish Home Rule and Irish Republicanism) had no issue in supporting Smillie or instructing his own Irish-Catholic dominated Shettleston branch of the Independent Labour Party to support and campaign for Smillie, a Protestant of Ulster descent.

We always think we are more progressive in this modern age, and we often mistakenly feel that the past has nothing to offer us, yet can we ever imagine such solidarity for the common good in Scotland today?

And this is the critical point, our unity and our strength lies in our shared values and similarities, not our differences and those differences need not be exterminated for unity to prosper. Like the unity between Catholics and Methodists in the Dock Workers strike of 1889. Like the unity between Irish Catholic Labour leaders in Scotland like John Wheatley and Ulster born Protestant Labour leaders in Scotland like Robert Smillie.

This idea of virtue within tradition was perhaps touched on a few years back by the Scottish composer James MacMillan’s when he stated that Celtic supporters could ditch their copies of Socialist Worker and An Phoblacht, and get back to the original values of the club’s Catholic founder.

Similarly, could it also be argued that some Scottish parents might consider putting their kids into the good old Boys Brigade rather than the Apprentice Boys flute band? We could also think more about the value of civic institutions which embody traditions of self-government over many centuries. Think about the positive aspects of all intermediate institutions, whether they be churches, sports clubs, community groups, social clubs or associations.

Our unity and our strength lies in our shared values and similarities, not our differences and those differences need not be exterminated for unity to prosper.

An what is the alternative? That we continue with the absurd situation where we have two groups that hate each other, groups who actually have lots in common? Our enemies are not people who live in Russia or North Korea. Instead, they are our next door neighbours – the same neighbours Christians are expected to love?

Sigmund Freud talked about of the irony of how people who are similar often fight over their small differences – “it is precisely communities with adjoining territories, and related to each other in other ways as well, who are engaged in constant feuds and ridiculing each other.”

Finally, as a side, it’s also worth noting that down in Greenock there is a Lansbury Street, a Smillie Street and a Poplar Street all contained within a once run down, but now recently (very well) regenerated area called Gibshill.

The residents of Gibshill recently managed to build an excellent new community centre. Perhaps the good folks in this community can also draw inspiration from the street names around them and build a community based on virtue, local solutions, neighbourliness, mutuality and common good as this is the answer to all forms of sectarianism everywhere.