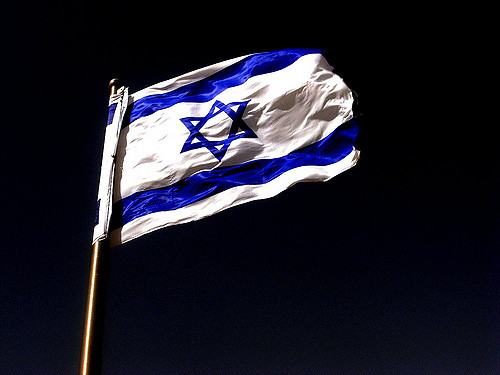 IT was good to see Celtic recently progress to the group stages of the Champions League. However, I have to confess to being one of the few admirers of the famous Glasgow Celtic Football Club on the Scottish left who felt that it was a mistake for the Green Brigade to wave Palestine flags at Celtic Park during the qualifying match against Hapoel Be'er Sheva last month.

As much as I support an end to terror and discrimination against the civilian population of Palestine, I honestly felt that protesting against Hapoel wasn't such a great idea.

Sorry, but I truly didn't believe that the team Hapoel Be'er Sheva FC, playing in Glasgow, represented an "Israeli apartheid" state. Rather, it was simply a team of Jewish footballers in Scotland.

Similarly, last week Morrissey made pretty much the same point in response to criticism of his recent performance in Israel when he stated: "There is no point punishing a nation for something that the leader of the country does or says."

Obviously, all those on the left who support artists boycotting Israel and all those who support a boycott of Israeli goods will disagree with Morrissey’s suggestion that we can separate performing for individual fans in Israel from the actions of the Israeli state and the Israeli Defence Force.

Yet, part of the difficulty with Morrissey's popularity in Israel is the fact he is essentially of the left, he is "one of our own". The Smiths were part of both Red Wedge and Rock Against Apartheid.

For us, it seems that the UK left has become far too strongly associated with the Palestinian cause while Israel is almost totally aligned to the US and the rightwing.

However, the idea that Morrissey's music is now officially crap and can no longer be listened to due to his presence in Israel is just daft. It's like saying Ryan Giggs wasn't the most exciting Manchester United winger since George Best because he too eventually turned out to be a bit of a wrong 'un.

I'm not sure what Moz's motivation for having an Israel flag on stage was, I'm not even sure what his views are on the settlements, the right of return, the wall or IDF war crimes.

Regardless, there is no denying that he is hugely popular in Israel. Morrissey has played Israel three times since 2008 and has also been awarded the freedom of Tel Aviv.

And to be honest, if you're an adult and you still value the political views of British pop singers and you still have footballers as role models then you probably should have a word with yourself.

One thing is clear, though: based on the angry reaction to Morrissey waiving an Israeli flag, it is clear that many leftists still don't support a two-state solution and still see the very existence of the state of Israel as part of the occupation.

Sure we speak against IDF war crimes, terrorism, Hamas and the settlements, but rarely do we hear anyone from the British left assert Israel's right to even exist.

Personally, I think the acceptance of the state of Israel as a reality and the pursuit of a two-state solution is the only way towards a lasting peace.

It's also worth noting that many of us christians on the left and christians within the wider Labour and trade union movement are deeply influenced by a Jewish political thinker and Labour peer called Maurice Glasman.

Glasman was the founder of what is known as Blue Labour, which in turn was inspired by the Bund, a secular Jewish socialist party found in Lithuania, Poland and Russia in the 1890s.

For us, it seems that the UK left has become far too strongly associated with the Palestinian cause while Israel is almost totally aligned to the US and the rightwing. Sure we speak against IDF war crimes, terrorism, Hamas and the settlements, but rarely do we hear anyone from the British left assert Israel's right to even exist.

For me, the problem is rooted in the fact that there are very few places (if any) on the left where we can even express support for a peaceful Jewish homeland.

For me, the problem is rooted in the fact that there are very few places (if any) on the left where we can even express support for a peaceful Jewish homeland.

In my opinion, the thing that far too many socialists fail to recognise is that the greatness of the Jewish community lies in the fact that it lives its life in the modern world guided by tradition and ancestry.

Meanwhile, most secular socialists have become entirely post-modernist, which means they are now completely ahistorical and therefore cannot relate to Judaism.

Yes, all of us want a peaceful solution and an end to injustice and the horrific acts of terror committed by both the IDF and Hamas, but if the Labour movement wants to distance itself from anti-semitism then it needs to restore its historic link with ideas like Labour Zionism and Kibbutzim while arguing for an end to Israeli war crimes against the Palestinian population.

The tired old retort that people like myself "are conflating anti-zionism with anti-semitism" just isn’t enough anymore, and as policy it isn’t working. We need to reach out to the Jewish and Israeli peace movement, and in doing so we might be able to finally break free from the underlying suspicion that some British socialists from the days of George Orwell right up to Ken Livingstone today, have always associated Jews with usury and, by default, capitalism.

The tired old retort that people like myself "are conflating anti-zionism with anti-semitism" just isn’t enough anymore, and as policy it isn’t working.

Finally, the one thing we can say with certainty is that God is not an intergalactic estate agent promising land to various different groups of people. Neither is the God of peace ever glorified by human violence, as Thomas Merton once said.

I’m not even if sure God approves of Celts flying Palestine flags or Moz waving Israel flags, but, at a guess, I’d say God hates flags. Shalom.