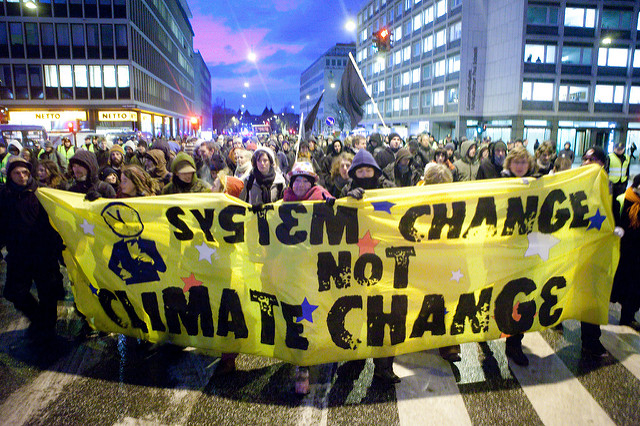 Ross Greer, Scottish Greens MSP for the West of Scotland and parliament’s youngest member, writes ahead of a Holyrood debate on climate change this evening [14 November] about how his adult life is likely to be defined by climate crisis – the choice between revolution or a future of unabated chaos and suffering is stark.

IN THE summer of 2003 I was marking my ninth birthday. At that age the school summer holidays seem to last forever and the idea of going to bed while it was still light outside was confusing and more than a little irritating.

What I didn’t know, though, was that the summer of 2003 was fast becoming infamous for an extreme weather event responsible for the deaths of over 70,000 Europeans; a heatwave.

It mainly affected France, where 15,000 largely elderly residents died, but the heat also melted glaciers in Switzerland, causing flash flooding and avalanches, and in Germany ships could not navigate the dangerously shallow Elbe and Danube rivers.

After the heatwave the UK Met Office concluded that concentrations of greenhouse gases in the atmosphere had doubled the chance of those deadly temperature rises happening.

READ MORE – Pete Cannell: Join us on Saturday to plot a just climate transition in Scotland

Far more worryingly, they concluded that by the 2040s the temperatures of 2003 would be an average summer. Take a moment to consider that: a mass casualty weather event, with over 70,000 deaths, will be normal before I turn fifty.

That’s the context in which we should have seen this past summer’s freak weather events across the planet. Heatwaves and a lack of rainfall caused wildfires from Greece to Wales to the far north of Sweden, inside the Arctic Circle.

From Japan to Quebec, records were shattered and people killed. Ouargla, Algeria marked the highest ever recorded temperature in Africa at 51.3 degrees. In New South Wales, Australia, a farmer was only saved from shooting his 1200 sheep by donations received as a result of media attention, otherwise they would have died of starvation due to the extreme drought.

I’ve come to realise that my adult life will almost certainly be defined by a series of overlapping crises caused by climate change. If I stay in politics, my life will probably be defined by whatever collective effort there is to cope with them, as the world is transformed around us into something much less hospitable than the one we were used to.

The climate crisis does not stop with extreme weather events and the immediate destruction and death which they cause. It already has affected every aspect of societies around the world, and those effects will only deepen.

Extreme heat and expanding deserts in central and north Africa are already pushing people north towards the Mediterranean and Europe. I’ve met climate refugees who survived the dangerous journey through Libya and across the sea to the Italian island of Lampedusa, those who have done the least to cause this crisis but who already suffer its harshest consequences.

They are people like Emmanuel, a teenager from Ghana who I spoke to on the island. He was overflowing with enthusiasm for his family farm and his country. He wanted to take me there one day. But the reason Emmanuel was stood with me at the ‘Door To Europe’ was that his farm is gone. The desert took it and left nothing for his family, so he took the journey to Europe with some friends, not all of whom survived.

The crisis in the Mediterranean was caused by Europe’s inability to cope with peak arrivals of 1.3 million refugees in 2015. On current trends (regularly revised upwards), over 300 million people will be climate refugees by 2050.

And despite those deadly summer heatwaves, Europe will be one of the safest places to be. Does anyone for a second believe that a continent convulsed by a xenophobic and hostile response to a few million people will respond to a true refugee crisis in anything other than a catastrophically inhumane manner?

The climate crisis is already a major contributing factor towards conflicts across the planet. When resources as fundamental as water become more scarce, that will only increase. And given how profitable war is, don’t for a second expect de-escalation to be a priority for those leading the world’s superpowers.

The price of food, fuel and other essentials will continue to rise and ordinary people will suffer for it, while those same companies and individuals whose actions caused the crisis continue to rake in billions, aggravating it still further.

Two thirds of greenhouse gas emissions since the dawn of the industrial age have been caused by just 90 companies. We know who they are, even if we cannot understand why shareholder value can be allowed to trump the viability of life on Earth.

Those truly responsible are very, very few indeed but they have invested heavily in denying that there is a problem and suppressing the evidence. Now that the primary political standard bearers of denial are the far-right, from Trump to Salvini, they also invest in having pseudo-progressive liberals persuade us that ineffective changes in your lifestyle and mine are the solution. They are lying.

Banning plastic straws will not save the world. Neither will switching to energy efficient lightbulbs or washing your clothes with cold water. There might be other benefits to some of these, such as saving some money on your energy bills, but they are absolutely not the solution to the crisis. The key thing that matters is this: of the fossil fuels still in the ground, how much can we stop from being burnt?

READ MORE – David Carr: This is not a drill – Scotland’s oil must stay in the ground

Last month’s IPCC report says we have about a decade. It could be less if climate feedback continues to surprise us. The report has us headed not for the 1.5 degrees of warming aimed for but instead a truly disastrous 3 degrees, far beyond what human civilisation can cope with.

So what we need is the single greatest global economic transformation since the dawn of the industrial revolution.

Extracting and burning more oil & gas needs to end pretty much immediately. Burning anything approaching 20 per cent of known reserves takes us past the tipping point. Doing this requires a rapid transition away from a society we have built to be dependent on fossil fuels. Ask yourself how any politician can claim to take climate change seriously if they also believe we should keep burning North Sea oil.

It also means revolutionising public transport systems across the world to rapidly shrink private car use, drastically reducing short-haul flights when other options such as rail exist, manufacturing products as close to source as possible and in a way which maximises rather than minimises their lifespan, to decrease the carbon footprint of global shipping and cargo flights We will need to consume less, too: not as part of individual hair shirt politics but collectively, through control on business.

It means a sweeping expansion of renewable energy generation in every corner of the planet to replace that lost capacity from fossil fuels. Every form of clean energy generation, everywhere it is viable, must be brought online and integrated into wider energy networks at a speed of industrial expansion only previously achieved by the superpowers of the Second World War.

Much of the above depends on the electrification of a number of sectors which currently are not, or are at least not entirely electric. This is most obvious in transport, where getting people out of their cars and into a diesel train is one thing but getting them into an electric train is what we’re actually aiming for.

We will also need to directly remove much of the carbon emissions already in the atmosphere, for which the technology isn’t yet ready and requires massive, rapid investment.

Those responsible for the crisis will resist this every step of the way, as they have done over the last thirty years. Fundamental to the success of this effort will be the redistribution of their power and wealth, towards the communities, governments and other organisations actually committed to saving the world.

This is not about politely asking oil & gas giants to stop drilling and burning (they won’t), it’s about putting control over energy into the hands of the people, to be used for the common good rather than to enrich a global 1 per cent. It’s about putting generation directly into the hands of communities wherever possible, and where not, by making it democratically accountable through local, regional and national government.

This is not about politely encouraging manufacturers to make products which last, it’s about giving them no choice. And where required, it’s about taking key manufacturing sectors into public control.

And it’s certainly not about allowing the free market to decide where research & development funds are directed. Too often the technologies required to make the most difference in people’s lives take too long to become ‘economically viable’ because they cannot secure the funds needed to develop.

The monumental profits generated by and for those who have brought the world to this point of crisis should simply be seized to fund the increasingly desperate efforts to avert it.

This is no pipe dream. Across the world, governments, communities and individuals are suing and taxing those responsible for the climate crisis, using the funds secured to invest in the solutions we need.

What we need is a global Marshall Plan, not to rebuild after a brutal conflict but to prevent a level of destruction and disruption which we cannot really imagine. The estimated costs are anything up to two and a half trillion pounds per year in energy transition alone. That wealth is out there right now, in the hands of those who caused this crisis. Now we need it in the hands of those determined to stop it.

Frederick Engels said: “If the whole of modern society is not to perish, a revolution in the mode of production and distribution must take place.”

The crisis we face is starker than he could have foreseen in the 19th century, but the alternative to revolution is an unabated climate crisis, accompanied by chaos and suffering on a scale that used to be reserved for the writers of apocalyptic fantasies.

If we do not make that choice immediately, children marking their ninth birthday as I mark my fiftieth won’t have much to celebrate.