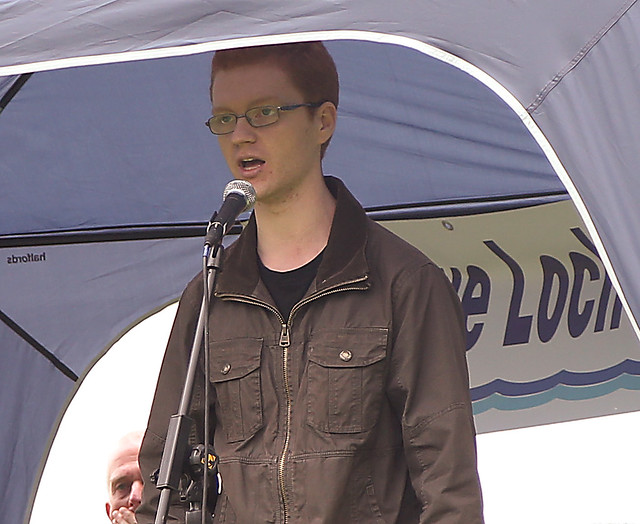 GREEN MSP Ross Greer has questioned claims that a controversial proposed holiday resort to be built on the shores of Loch Lomond will bring the boost to employment in the local area, highlighting conflicting claims by the company behind the project.

Controversy has dogged the planned resort since the public land on which it is being built was sold by Scottish Enterprise, which appointed Flamingo Land Limited as the preferred developer for the 20-hectare site at West Riverside, Balloch, which stretches over part of the Loch Lomond & The Trossachs National Park – a development local activists characterised as a “land grab”.

Flamingo Land – known primarily for its theme parks – went on to purchase the adjacent 12-acre Woodbank site for further development, and in April this year, submitted new plans for the £30 million project, now renamed Lomond Banks, which includes a 60-bedroom hotel, a waterpark, a boat house, a craft brewery, a leisure centre and several restaurants.

Over 50,000 public objections to the proposed resort have been lodged, while the Save Loch Lomond campaign was formed to oppose the new development, arguing that Lomond Banks would cause damage to ancient woodland, pollution of standing and running water, and fatalities to local wildlife – including otters and red squirrels – for the sake of private profit. Further objections have been raised in principle against the selling of public land to private interests.

This week, Ross Greer, Green MSP for the West of Scotland, questioned claims that Flamingo Land’s proposals would boost local employment, following analysis of public statements by Flamingo Land, which showed a notable decline in the number of jobs the developer has said will be created.

In an interview in August 2018, after initial submission of their plans, a Flamingo Land representative stated that “potentially this development will bring somewhere between 250 to 300 jobs to the area”. The impact assessment submitted with their plans estimated 159 gross Full Time Equivalent (FTE) jobs – an equivalent of just 28 net jobs created in the region, once adjusted for jobs that would be created elsewhere should the development not go ahead.

However, Flamingo Land’s PR consultants last week issued a press release promising “as many as 80 full time jobs, 50 part-time jobs and up to 70 seasonal roles”, a further decrease of 19 FTE on the numbers stated in the plans.

Greer commented: “We were promised 300 jobs, then we found out that most of them would be part time and seasonal, then we’re told it’s 159, and now we’re told it’s 140. And if we read the small print in the application we see that over three in four of these jobs would be created anyway if Flamingo Land doesn’t go ahead.

“In other words, most of them aren’t new jobs at all, they’re just displaced from other, often locally owned, hotels, campsites and bars whose business may suffer as a result of this sprawling developing going ahead. This analysis shows what we’ve known from the start, that this has always been about lining the pockets of Flamingo Land’s Yorkshire-based owner, not about supporting the local economy in Balloch.”

Greer continued: “The National Park’s planning rules repeatedly require there to be an overriding public interest for a development that will damage ancient woodland and protected wildlife to go ahead. Flamingo Land have told us again and again that their expected plans to boost the local economy are that overriding interest but that’s just not credible.

“Scottish Enterprise have agreed to sell the land for this purpose so surely the whole application is on shaky ground now? We need the government to support plans which use Loch Lomond’s natural beauty to support and grow the local economy, not to flog off massive amounts of public land for a totally inappropriate development.”

The probability that Lomond Banks would not significantly increase employment or benefit the local economy was also raised by ParksWatchScotland’s Nick Kempe, who wrote in CommonSpace last month: “It’s unlikely to benefit anyone locally apart from a few low paid service jobs. What’s more, it is proposed to sell the Riverside Site to Flamingo Land at a huge discount, just like the privatisation of council housing.”