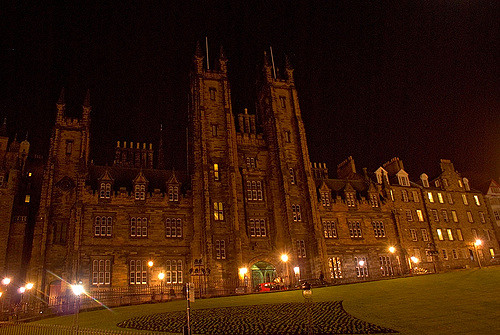 ‘FOR I know the plans I have for you, plans to prosper you’.

In the Church of Scotland last week, those words from the Book of Jeremiah may feel a little jarring. With the Kirk gathered for our General Assembly we again faced the challenges which seem to have defined our public image over the last decade: declining numbers, congregations folding and a dearth of young people. Accordingly, one of the first items on this week’s agenda was a ten-year strategy document which aimed to chart a path out of our current challenges and refresh our purpose.

If your only knowledge of the Church was via media coverage you’d be forgiven for believing that, when not tearing ourselves asunder over issues of human sexuality, our only purpose is to discuss our monumental organisational challenges. While this is obviously wide of the mark, it is also a major risk to the Church if we ourselves conclude that a logistical solution alone will resolve those logistical woes.

Our purpose is not to sustain our organisations for the sake of it. The Church, in its broadest sense, is the carrier of a revolutionary message, and our purpose is to demonstrate that in both our words and actions.

For too long we have been collectively defined by a strand of socially conservative ‘traditionalists’ within our broad church, and been known for what and who they wish us to be against, typically our LGBT+ siblings for example. This has delayed inevitable progress and driven away good people in their droves but more importantly, it is theologically unsound.

It’s time instead for a renewed focus on what (this planet) and who (everyone on it) we are for. The Gospel I read is absolutely clear: our purpose is to tear down established orders and the hierarchies which protect the power and privilege of the few while dividing the many. While doing that, alongside those other faith and secular movements who share these aims, we must build in their place a better, loving world.

Our challenge is not just to admire Creation but to play a leading role in the increasingly desperate fight to protect and save it from the greed and exploitation of the few, which has brought our planet to this place of crisis – so last week’s decision not to divest our own money from fossil fuels was a dereliction of duty and a moral failure.

Our task is not to politely highlight the crushing inequalities of the world: it is to rage against them and overthrow them. We take our lead from a Son of God who quite literally chased the merchants and money lenders from the temple with a whip. Half measures were not in his nature and His is the only lead we need to follow.

At great risk, and ultimately at the cost of his life, Jesus stood unconditionally not just for the poor, the marginalised, the oppressed and excluded, but with them and among them. Christians must ask ourselves today if we are following His lead in a way He would recognise.

Churches are effective at diagnosing the problems of poverty, war and the climate crisis. Across this country we are also exceptional at treating the symptoms; running foodbanks and night shelters, supporting refugees, caring for the elderly and isolated and so, so much more. It is hard to convey the scale of work delivered by churches and by our friends from Scotland’s other faith communities.

Diagnosing problems and managing their symptoms is not enough, though. We are here to transform a deeply imperfect world, not to cushion its blows.

Take war and conflict as an example. The churches in Scotland have long spoken out against UK military aggression and against the arms trade. Those words are valued, but alone they are not enough.

As the people of Yemen suffer under a relentless Saudi blockade and bombing campaign, and Scottish Christians ask what we can do to alleviate their suffering, the Kirk should be leading demands for the closure of Raytheon’s missile system manufacturing plant in Fife. That Scottish plant supplies a Saudi air force guilty of war crimes.

The Church should be immersed in direct action against arms manufacturers like Raytheon, Leonardo, BAE and the multitude of others whose industries stain Scotland and who export death and suffering across the world. There are vital “ploughshare” industries waiting to take their place, with the right support.

We must look back at our own recent history and the radicalism which energised so many Christians to campaign against the Iraq war and in the decades of struggle against nuclear weapons. Where has that radicalism gone?

None of this is to detract from the good and sincere work the Church of Scotland and others do against these ills, including our Priority Areas projects, which channel funding and resources into communities affected by poverty. But I cannot imagine Jesus surveying our world and regarding our present actions as enough.

A brave Church, with a radical message of social, economic and environmental justice should not fear bold statements or, better, bold actions; indeed our faith should compel us to act.

The appetite for a braver Church is there. On Monday delegates overwhelmingly rejected that draft ten-year strategy, demanding that the Council of Assembly come back with something far more radical and immediate. Our Church and our world are past the point where agreeable but vague objectives are enough, we need a concrete plan for uncompromising action.

With a clear sense of mission and purpose, that radical Church, faithful to the example set to us by Jesus, can attract those young people who have drifted away from an organisation with which they no longer felt a connection or saw a purpose.

We might even attract people who have never considered what faith means. Those young people are the very folks the Church needs in order to survive. More fundamentally, they are exactly who we need to work with if we want to transform our world into the radically just one we know it can and should be.