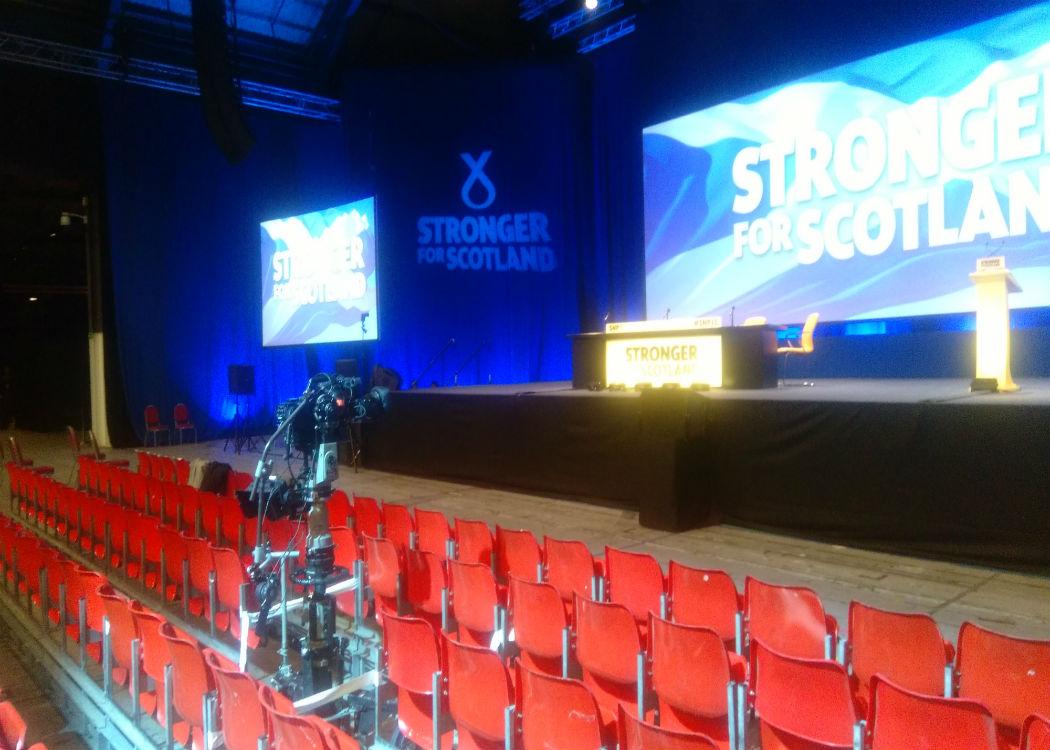 The second day of the SNP’s national conference saw resolutions on welfare, fracking and land reform

THE SECOND day of the SNP’s annual conference saw speeches by deputy first minister John Swinney and Mhairi Black, as well as resolutions on welfare, land reform and fracking.

CommonSpace looks at some of the highlights from the SNP’s second day of conference.

The debate on fracking was perhaps the most energetic and heated of the conference so far. A resolution supporting the Scottish Government’s decision to extend its moratorium on fracking to include underground coal gasification passed with 570.

The mood of the conference was overwhelmingly hostile to fracking. Iain Black, a delegate speaking in support of the moratorium said: “We are happy that Ineos wants an evidence-based approach to fracking. The science and evidence overwhelmingly supports a ban.”

However an amendment calling for an all-out ban was defeated , garnering 440 votes.

Though neither of these two SNP big hitters made full speeches at the conference, both received standing ovations from the hall when they spoke, with Black probably receiving the best reception of the conference so far next to Nicola Sturgeon.

Salmond spoke on the need for a resolution to the conflict in Syria that does not involve Western intervention. Chastising past governments for military adventures, he shouted: “No more. No more” to applause.

The deputy leader of the SNP delivered the day’s keynote speech, which was focused on defending the Scottish Government’s record in office.

Speaking about the party’s ongoing commitment to independence, he said: “I know what this movement and this party can do, I know we can win the argument for Scottish independence.”

Swinney said that in the May 2016 elections the SNP would appeal to Yes and No voters because “the SNP are the national party of all Scotland”.

“Come May next year this party can win that historic third term in office,” he said

Swinney said that the Scottish Governemnt was the reason for Scotland’s economic successes. He said Scotland economy was generated “not by Tory austerity, or the carping of the Labour opposition, but by investment from the SNP” which was building Scotland “girder by girder”.

Swinney said that Labour under Corbyn was, “untried, untested and divided”.

The debate on land reform saw the SNP leadership face a rare conference defeat from the floor of the hall , with 570 delegates voting to reject the resolution on land reform moved by Dr Aileen McCleod, the Scottish Government’s minister in charge of land reform.

A delegate who spoke against the resolution, Nicky Loudon, said it wasn’t radical enough.

CommonSpace is running a live news room from the #SNP15 conference in Aberdeen. Readers can keep up to date with developments on the CommonSpace website and via our Facebook and Twitter feeds.