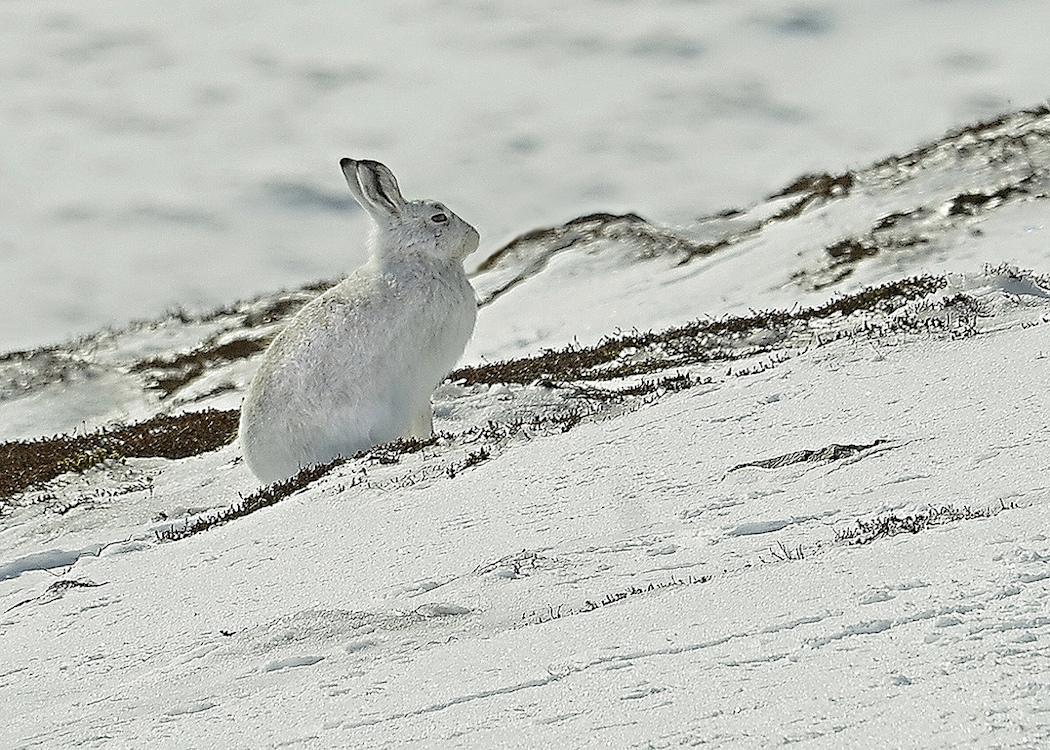 Eyewitness evidence of mass-killing of hares in Cairngorms published

PHOTOGRAPHS published by The Ferret apparently showing a mass killing of mountain hares in the Cairngorms last month have sparked a row between conservationists and landowners.

In pictures published by online investigative site The Ferret , a pickup truck full of the corpses of mountain hares is shown, alongside men with guns and high-tech vehicles. Apparently the image was taken near Lecht in the Cairngorms on 25 February.

Conservationists reacted angrily to the alleged cull, arguing that estates are breaching the agreement reached in December 2014 on a “voluntary restraint on large culls”.

The Scottish Moorland Group, which is funded by landowners’ lobby Scottish Land & Estates (SL&E), did not deny that a cull had taken place, but said the allegations were “ill-informed and misleading”. The group stated that the agreement between SNH and SL&E had not been breached by the cull, which was a “necessary … recognised conservation practice”.

Jonathan Hughes, chief executive of the Scottish Wildife Trust, told The Ferret : “This level of killing is simply inexplicable given there is scant evidence suggesting the presence of mountain hares has any negative impact on grouse numbers.

“It is very sad that some landowners are clearly not heeding the very sensible call for constraint on large-scale culls of mountain hares.”

In February this year internal emails of the Royal Zoological Society of Scotland were leaked which showed that landowners and farmers had been killing beavers with low-calibre guns and lead shots, causing slow deaths and starvation of kits.

Conservation groups called for protection of beavers at the time but environment minister Aileen McLeod said the government would have to “consider the issue carefully” before taking any decision.