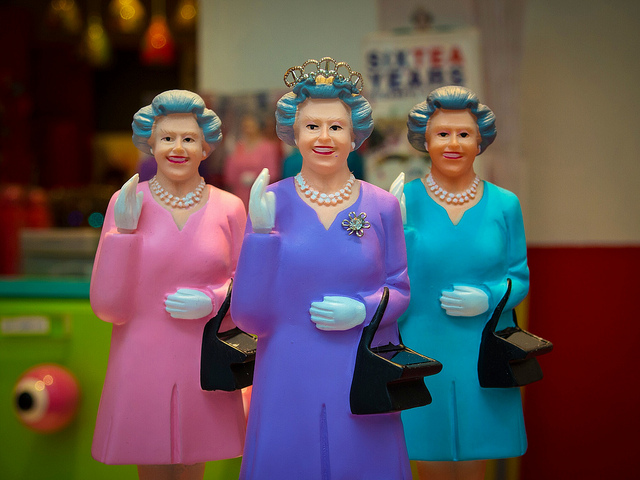 Ahead of the royal wedding, CommonSpace looks at the often-unexamined powers and privileges enjoyed by the ultimate British institution

THE BRITISH MONARCHY is typically portrayed by its defenders as a largely symbolic and unobtrusive ornament to the UK’s system of government – one of positive benefit to its economy and national standing, and unthreatening to its nominal parliamentary democracy.

The advent of the upcoming royal wedding of Prince Harry and Meghan Markle has predictably attracted much media attention and gossip, with A-list celebrities like George Clooney attend.

Like Clooney, the royals share an ability to be seen fronting charity and diplomacy efforts, but while it may be tempting to treat the royals as simply the pinnacle of modern celebrity culture, the powers and priviliges they hold are far beyond those of film stars. CommonSpace explains some of the surprising ways the Crown exerts more power than many might suspect…

As advocates of constitutional reform are keenly aware, the UK has an unwritten constitution – or, in other words, an organic assemblage of laws and conventions built up over time which, supposedly, functions in much the same way as the foundational document of nations such as the United States.

In the absence of such a constitution, state and legal authority emanates from the Crown. While it is well-known that the Queen theoretically has the power to refuse any bill passed by either the House of Commons or the House of Lords (although she has never actually done so), the common wisdom holds that, were such an undemocratic measure to be actually employed, the backlash might threaten the delicate position of the monarchy within the British political system.

The constitutional relevance of the monarchy arguably lies in its status as a bulwark against constitutional reform; were a written constitution to be drafted in response to the democratic will of the British people, questions would be raised about the validity of its authority, if it relied upon royal assent, or whether that authority would be greater than the monarchy itself.

The odd privileges enjoyed by the Crown are generally treated as either an object of humour or an aspect of its mystique – many have laughed at the fact that no British citizen is legally entitled to eat swan but the Queen, who also holds dominion over every dolphin in British territorial waters.

Yet the special exceptions made for the monarchy extend to more pedestrian obligations, which fall upon every other one of the Crown’s subjects: the Queen, for example, does not require a passport, as British passports are issued in her name, and can travel freely without travel documents.

Neither does she require a driving licence or a number plate on her car, which caused some consternation when in 1998, she drove King Abdullah of Saudi Arabia around her Balmoral estate, while the then-prince frantically requested via a translator that she slow down. This might have something to do with the fact that, until recently, women were legally restricted from driving in Saudi Arabia; conversely, it might have something to do with the questionable safety of a 72-year-old speeding around the Scottish countryside, free from concerns over traffic law.

Should Queen Elizabeth have become involved in a fender-bender in Balmoral, she need not have feared appearing in court to defend her driving, as she is both immune from prosecution and cannot be compelled to give evidence in court.

In part, this is due to the fact that all prosecutions in the UK and the Commonwealth are carried out in the name of the sovereign. Richard Nixon was infamously of the opinion that “when the president does it, that means it is not illegal”; in the case of the British monarchy, that may actually be the case.

Legal scholars disagree about how this might pan out in practice – in the case of a serious offence committed by a sitting monarch, abdication might be expected or even demanded. Nevertheless, the last time the principle was truly tested was in the case of King Charles I, who following the English Civil War refused to recognise his own trial for treason, saying: “No earthly power can justly call me (who am your King) in question as a delinquent.”

This turned out not to be a particularly compelling legal argument, especially since the earthly powers in question were holding an axe.

Immunity from Freedom of Information requests

All information pertaining not just to the Queen, but the royal family as a whole is exempt from Freedom of Information requests. This is a relatively recent development, and came about following a legal battle between the UK Government and the Guardian newspaper, which sought to have the ‘black spider memos’ – letters sent by Prince Charles to ministers at Whitehall – made public. The memos were subsequently published, and as a result of the ensuing embarrassment, the law was changed to make sure that no such exposure could happen again in future.

The power to overrule ministerial advice

The many prerogative powers of the monarchy which may appear undemocratic or even tyrannical – the power to appoint or dissolve governments, for example – are typically ameliorated by the expected advisory role of UK Government ministers. In other words, the Crown cannot make sweeping changes to the UK Government or the British political system without ministerial advice, which the Queen is politically obliged to take.

However, the exception to this is in cases of “grave constitutional crisis”. Under such circumstances, which are not clearly defined, the sovereign can “act contrary to or without Ministerial advice.” No precedent for such a crisis exists, and could potentially be open to interpretation by the monarchy itself. But given that the British state appears to find itself in a constitutional crisis every other weekend, there’s surely nothing to worry about.