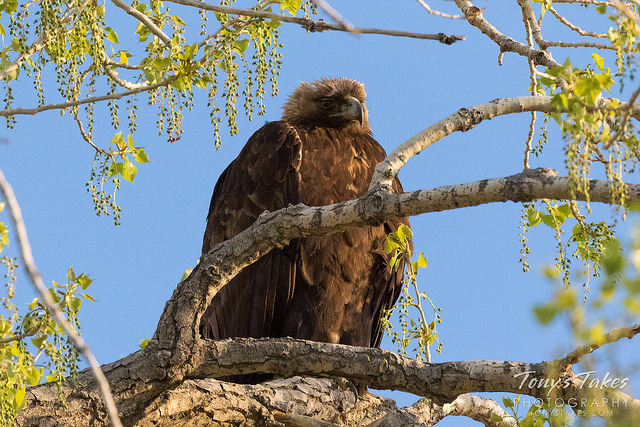 THE ROYAL SOCIETY FOR THE PROTECTION OF BIRDS (RSPB) Scotland has called for the driven grouse shooting industry to be licenced and the right to shoot more closely regulated, following the possible illegal killing of a golden eagle near Edinburgh.

The eagle was hatched at a nest site in the Scottish Borders last year, and in June 2017 was fitted with a satellite-linked tracking device as part of a new project initiated by broadcaster and environmentalist Chris Packham and the campaign group Raptor Persecution UK in cooperation with the local landowner.

According to Packham, the eagle – named Fred – was tracked via accurate and frequent GPS updates, until just before 10am on 21 January, when Fred’s tag ceased transmission for no apparent reason. The tag began transmitting again on the evening of 24 January, indicating its location was in the North Sea, roughly 10 miles offshore from St Andrews. The tag continued to transmit until 26 January.

Commenting on the circumstances of the eagle’s disappearance, Packham said: “Once again, we have the suspicious disappearance of a satellite-tagged golden eagle in an area managed for driven grouse shooting.

“What must the good people of Edinburgh think, to learn that golden eagles aren’t even safe on their doorstep?” Broadcaster Chris Packham

“What’s truly shocking about this case is that it didn’t take place in a remote Highland glen miles from anywhere, but it happened within a stone’s throw of Edinburgh, right under the noses of the Scottish Government.

“What must the good people of Edinburgh think, to learn that golden eagles aren’t even safe on their doorstep? That they’ve been denied the opportunity to see this iconic, magnificent bird in their local hills? This doesn’t bode well for the planned reintroduction of golden eagles to south Scotland, due to begin later this year.”

Dr Ruth Tingay of Raptor Persecution UK also commented: “It is beyond doubt that Fred’s disappearance is highly suspicious. Golden eagles don’t generally fly out for miles over large bodies of sea water but even if Fred had done so, apart from defying everything we’ve learned about Scottish golden eagle behaviour, we would have seen excellent tracking data plotting his route given the reliability of his tag.

“While we will probably never know for sure, it seems likely that Fred was killed soon after 10am on 21 January, his tag was hidden to suppress the signal and then he and the tag were dumped in the North Sea. If this is indeed the case, it’s just the latest example of when those who have killed a protected bird of prey have tried to cover up evidence of their crime.”

Speaking to CommonSpace, RSPB Scotland’s Head of Investigations Ian Thomson said of the incident: “The recently-published Scottish Government review of the fate of satellite-tagged golden eagles was unequivocal in stating both that these satellite-tags are very reliable, and in circumstances where they are functioning perfectly, but suddenly and inexplicably cease transmissions, it is strongly suggestive that the birds in question had been illegally killed and the tags disposed of.

“A number of incidents since this review was published make it very clear that Scotland’s birds of prey continue to be targeted by criminals, particularly in areas managed for driven grouse shooting.”

Thomson went on: “We reiterate the need for this industry to be licensed, with the right to shoot dependent on legal and sustainable management, and we welcome the recent establishment, by the cabinet secretary for the environment, of an independent panel to look into the potential regulation of gamebird shooting.”

In 2017, a Scottish Government-commissioned report showed that 41 of the 131 satellite-tagged golden eagles in Scotland have disappeared in suspicious circumstances and are presumed dead. These disappearances happened predominately on or near driven grouse moors.

Responding to the report’s findings, environment cabinet secretary Roseanna Cunningham ordered a review of grouse moor management practices, with a view to introducing a licensing scheme for game-shooting estates, much as RSPB Scotland advocates. In December 2017, SNP delegates officially adopted a policy supporting licensing of driven grouse shooting estates at their National Council meeting in Perth.

“We reiterate the need for this industry to be licensed, with the right to shoot dependent on legal and sustainable management.” RSPB Head of Investigations Ian Thomson

During the 19th century, the golden eagle population of Scotland faced heavy persecution from gamekeepers, sheep farmers and hunters, and according to one estimate, may have been reduced to as few as 190 breeding pairs by the 1950s.

A new 1.5m joint-venture between landowners and conservationists will this year attempt to reintroduce golden eagles to southern Scotland, but concerns remain that persecution – such as that which may have befallen Fred – may hamper these efforts.

Anyone with information regarding Fred’s disappearance, or the identity of those responsible, is encouraged to contact Police Scotland.