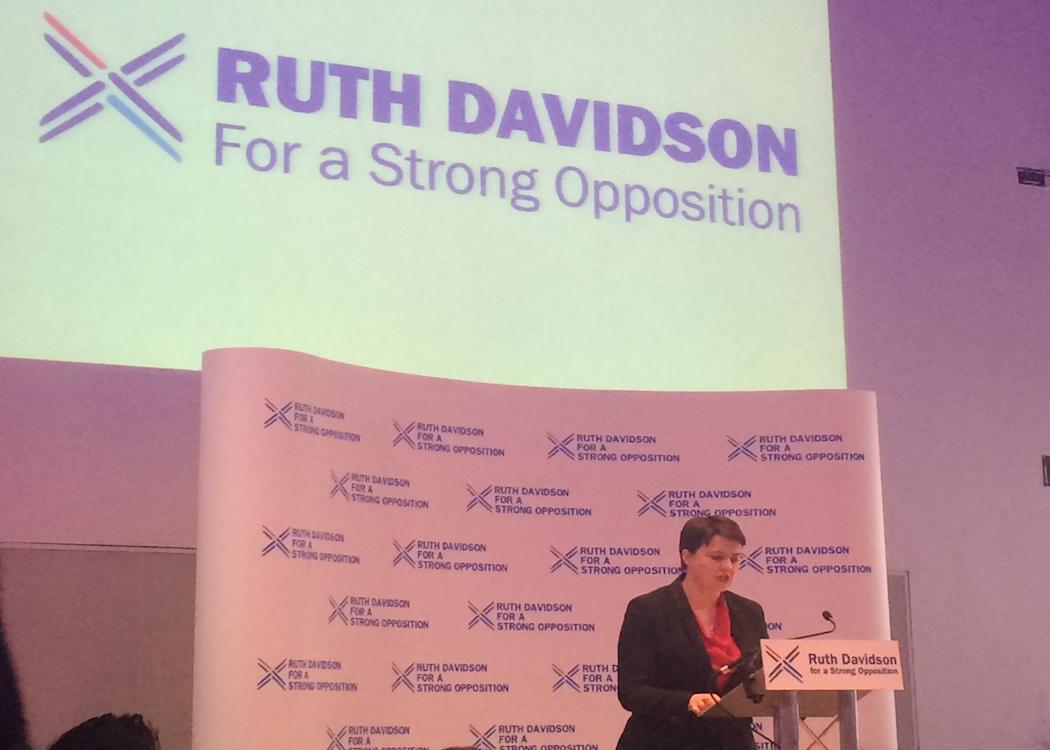 Scottish Tory leader says their campaign against second indyref must be “far, far better” than 2014’s

THE BETTER TOGETHER campaign during the independence referendum was too negative, party leader Ruth Davidson has said, as she placed unionism at the heart of the Tory manifesto.

Speaking at the launch of the Scottish Conservative manifesto for the upcoming Holyrood election, party leader Ruth Davidson admitted that the party’s campaign for a No vote in 2014 was “simply a matter of picking at the flaws” and left a negative legacy.

Davidson argued that the party needed to ‘stand up’ against the possibilty of a second referendum and said that “indyref triggers”, such as the possible EU referendum outcome, could not be a justification.

“If the SNP carries out its threat to launch its summer initiative for independence, then the clear pro-UK case [will] be made as well”, Davidson said, adding: “It’s a case that must be made far, far better.”

“Too often over recent years our case for the Union has simply been a matter of picking at the flaws of independence, of dissecting the numbers, rubbishing the projections or disputing proposals.”

She said this approach had been “easy” but had created a legacy of ‘No thanks’ being seen as a “constant negative”.

Davidson added: “The case for independence is dead. The case for the Union must be made.”

In a debate prior to the 2015 General Election, Davidson had said that if a party were elected to Holyrood on a mandate for a second referendum, she “couldn’t foresee” circumstances in which her party would block a vote. But once re-elected as Prime Minister, David Cameron said he would block another referendum before 2020.

SNP leader Nicola Sturgeon said in June 2015 that a ‘leave’ vote in the EU referendum could “produce a clamour for another independence referendum which may well be unstoppable”.