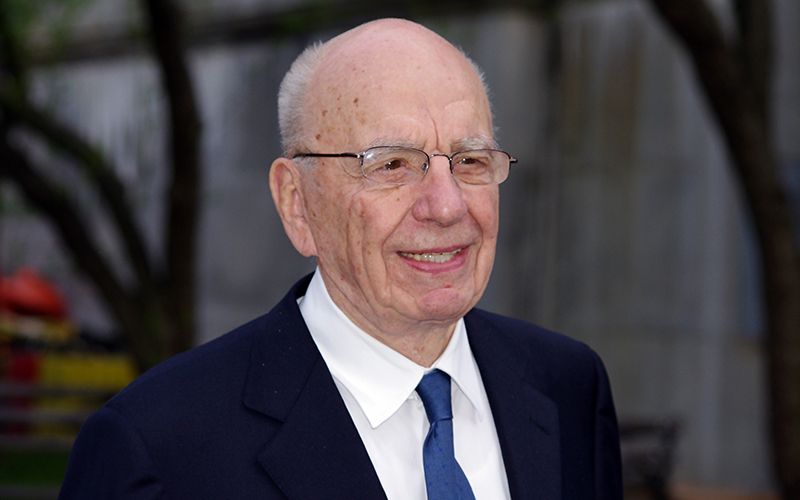 In a provisional report, regulators have said a Fox takeover of Sky would not be in the public interest.

RUPERT MURDOCH’S BID to take over Sky has been found to be against the public interest in a report by the UK regulator the Competition and Markets Authority (CMA).

The proposed deal would mean Fox and News Corporation, controlled by the Murdoch Family Trust, would increase its total control over the broadcaster Sky.

In its provisional report the CMA found that if the proposed deal were to go ahead, it would mean the Murdoch Family Trust, which controls Fox and News Corporation, would have too great an influence on public opinion through its control of UK media.

Murdoch’s media empire is already watched, read or heard by nearly a third of the UK’s population, the CMA said. Titles under the company’s control already include the UK’s most read newspaper, The Sun, which had an average daily circulation of over 1.6m copies in 2017.

Commenting after the publication of the report, Fox said it welcomed the CMA’s report but was disappointed by its provisional findings on media plurality.

“This announcement is a victory for the thousands of people who joined the campaign and forced the government and the regulator to stand up to the Murdochs.” Deputy Labour leader Tom Watson MP

Anne Lambert, chair of the independent investigation group, said: “Media plurality goes to the heart of our democratic process. It is very important that no group or individual should have too much control of our news media or too much power to affect the political agenda.

“We have provisionally found that if the Fox/Sky merger went ahead as proposed, it would be against the public interest. It would result in the Murdoch family having too much control over news providers in the UK, and too much influence over public opinion and the political agenda.”

Tom Watson MP, Labour’s deputy leader, said: “The CMA is right to say the proposed purchase of Sky by Fox would hand too much power and influence to the Murdoch family. Labour believes a greater number of companies should own our media to encourage a diversity of views.

“This announcement is a victory for the thousands of people who joined the campaign and forced the government and the regulator to stand up to the Murdochs for once instead of simply waving this bid through.”

Picture courtesy of the David Shankbone