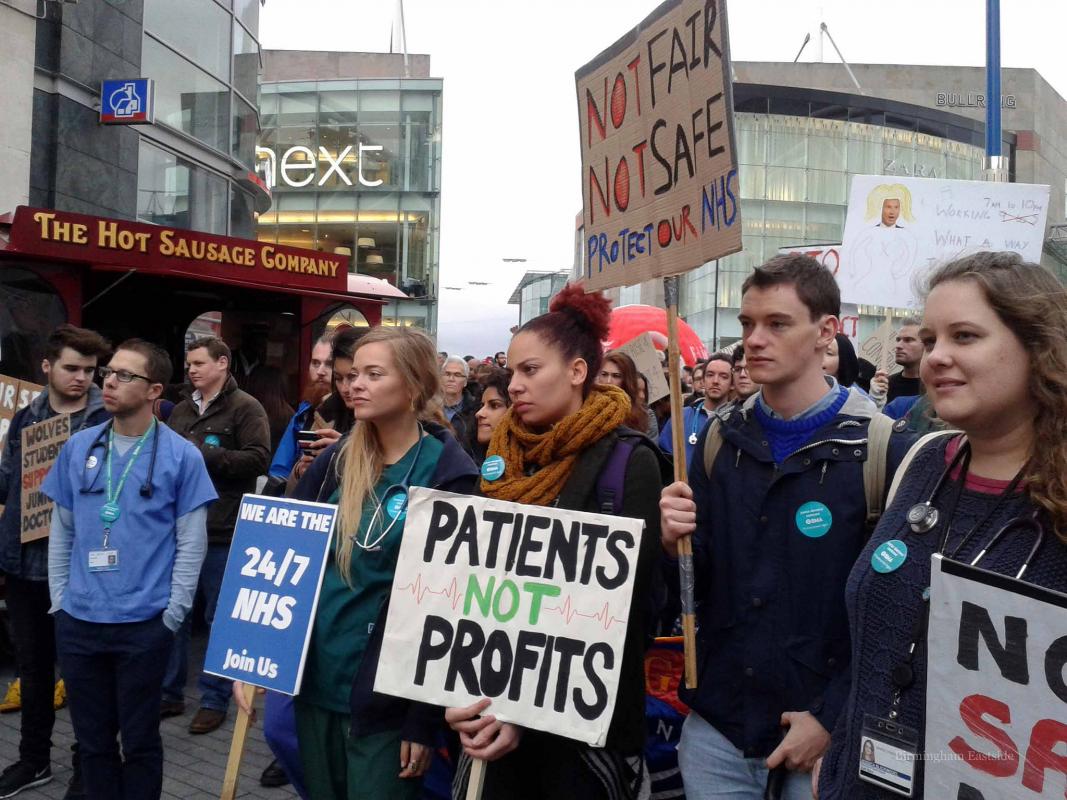 THE LEADER of the Tories in Scotland raised fears of an health service "meltdown" almost entirely based on the performance of the NHS under her Tory colleagues at Westminster.

Evidence cited by Ruth Davidson, warning of serious difficulties for the NHS, was drawn from data focused on the performance of acute medical units in English hospitals.

The slip up has led to political opponents asking Davidson to correct her criticisms and conceded health service failings "are aimed squarely at the Tory Government".

"She will know that the system is in trouble," Davidson added.

April 2016: public support solid behind first ever all out strike in NHS England’s history

However, it turned out that the Society for Acute Medicine, whose president used the “meltdown” phrase, was speaking following a report into 94 hospitals – 87 of which are based in England under Tory health budgets and regulations.

The statistical issue was highlighted by SNP MSP Clare Haughey, who asked parliament "whether it is possible for Ruth Davidson to be given the opportunity to correct her remarks, for the purposes of the Official Report, in order to make clear that the warnings of meltdown are aimed squarely at the Tory Government’s terrible handling of the NHS in England."

When challenged on the issue of NHS staffing, Sturegon replied: “I think that patients would probably prefer this government to continue to build on the success of our health service than have the Tory Government in London, which has managed to force junior doctors out on strike.”

There have also been major protests in England over the government privatisation agenda, with multi-million private commissioning deals going to firms like Virgin Health following the controversial Health and Social Care Act 2012.