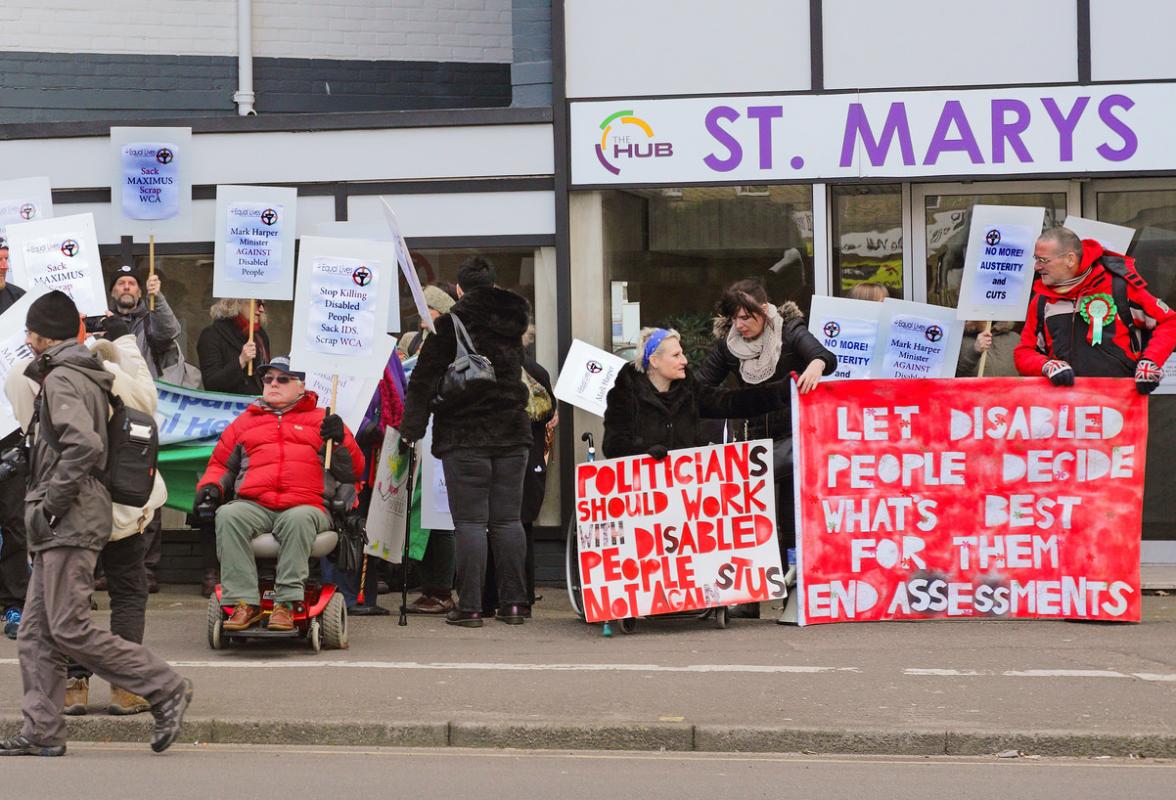 TORY LEADER Ruth Davidson has made a name for herself with some outlandish photo opportunities – including riding a tank and a buffalo. But the jokes wore thin yesterday [Monday 24 April] when another action shot clashed with the reality of Tory policy from Westminster.

Davidson received a backlash after joining a charity that provides “All-Terrain Wheel Chairs” in the Trossachs National Park. It was important, Davidson claimed to support “helping those with mobility issues get out into the countryside and hills.”

The backfiring photo-op follows a month which has seen the leader of the Scottish Conservatives defend her party’s position on the infamous ‘rape clause’ and accusations by opponents that the UK and Scottish Tories are the “nasty party” returned.

Great to catch up with those wonderful people @Trossachsmobil1 – helping those with mobility issues get out into the countryside & hills. pic.twitter.com/pg9rPuywwb

However, with both the council and General Election campaigns in full swing, her political opponents didn’t miss an opportunity to point out the hypocrisy of Tory policy on disability support and mobility vehicles.

Earlier this month the charity Motability, which manages mobility vehicles for disabled people, released figures that 51,000 people had seen their vehicles removed as a result of Tory attacks on social security since 2013.

800 disabled people a week are losing their motability cars due to Tory cuts to disability benefits. https://t.co/NsGB9PYZ5O

I am so angry. Explain this photo opp when your party are taking cars away from disabled people? https://t.co/lnu6Zz6m9y

I’m not going to RT the tweet cos the charity is probably doing great work. But any Tory campaigning on disability issues is grotesque #GE17

The charity involved in the Davidson event, TrossachsMobility, which faced questions over its participation in the event, clarified: “We are a non political charity. We appreciate the support from any party or individual. Our aim is access.”

The Tories have faced sustained criticism for its implementation of sanctions and work capability assessments, for adding stress and uncertainty to the social security system.