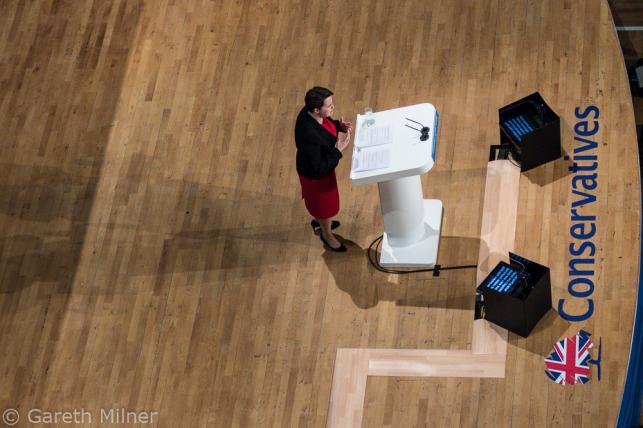 RUTH DAVIDSON, the Scottish Conservative leader and MSP for Edinburgh Central, has faced criticism and mockery following the revelation that she was paid £3000 for an article on the right wing political commentary website Unherd.

The article, published in July, called for a “re-boot” of capitalism, which Davidson argued had lifted millions out of poverty, but has gained a bad reputation and lost the faith of many who live under it.

“Business and commerce have enriched the world,” she argued. “We live longer, stay healthier, consume more and enjoy greater comfort than at any time in history. But corporate behemoths have forgotten about operating with consent.

“It is not inequality that bites deepest, but injustice.”

Davidson was paid at a rate of one pound per word, a pay-rate virtually unheard of in modern British journalism. Beyond her £61,778 salary, the article has reportedly brought her earnings outside of her career as an MSP to approximately £30,000 this year.

“Davidson is absolutely right when she says ‘some people are enriching themselves’. She just seems completely unaware that she is one of them.” SNP MSP George Adam

Responding to the revelation, SNP MSP George Adam said: “Ruth Davidson’s hypocrisy knows no bounds – even when she is admitting to how her own party has reduced living standards, she is coining it in.

“While many of her own constituents and people across the country suffer at the hands of her party’s welfare policies, she is able to sit comfortably and write blogs to boost her income knowing that she’ll never have to suffer the impact of those policies.

“Ruth Davidson is absolutely right when she says ‘some people are enriching themselves’. She just seems completely unaware that she is one of them.”

The news of what Davidson was paid for the article provoked further outrage and mockery on social media.

Ruth Davidson was paid £3000 to write an article on how capitalism needs a reboot. Where do you even go from there? pic.twitter.com/FV87yTBt50

Ruth Davidson :
“Rebooting capitalism” one £3000 article at a time

By the way the “housebuilding” stuff was mince, just like the article https://t.co/kNgDvn6cRx

SERIOUS THOUGHT ON UNHERD The news of Ruth Davidson getting £3k reveals one of the problems for the left: they’re being outspent on comms

Unherd was launched earlier this year and is edited by Tim Montgomerie, formerly a columnist for the Times and an editor of the Tory commentary website ConservativeHome. It is funded by Paul Marshall, founder of the hedge fund Marshall Wallace, who previously donated £100,000 to the Leave campaign during the EU referendum.

“The UnHerd doesn’t represent people who have been silenced, it represents people whose ideas are no longer hegemonic.” Journalist Simon Childs

Upon its launch, Unherd described itself as being for “people and things not given a fair hearing, or even listened to at all”. Following this, journalist Simon Childs wrote in Vice magazine: “The UnHerd doesn’t represent people who have been silenced, it represents people whose ideas are no longer hegemonic. It’s a desperate cry for relevance.”