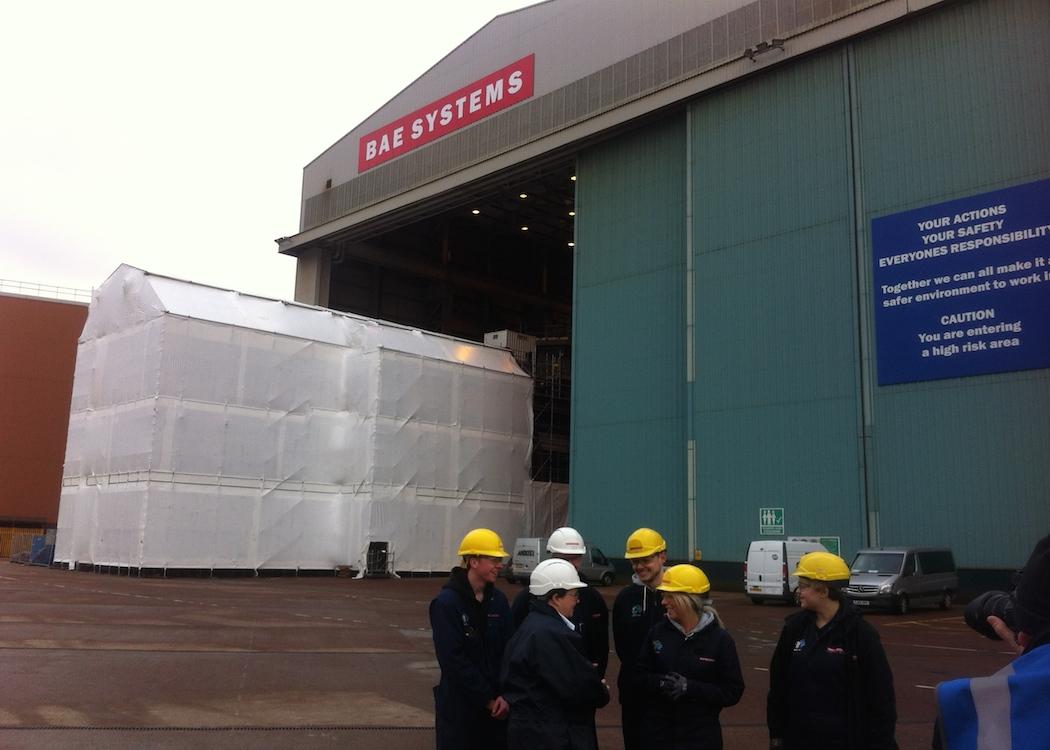 THE UK GOVERNMENT should ensure “rigorous” safeguards on arms sales to Saudi Arabia, but not go as far as a full arms trade embargo – according to Scottish Conservative leader Ruth Davidson MSP.

Speaking to CommonSpace today [Monday 11 January] at the Glasgow base of the UK’s biggest arms dealer, BAE Systems, Davidson welcomed scrutiny of the “safeguards” on arms deals to the Gulf dictatorship.

Pressure on the government over the sales has been ramped up followed the mass execution of 47 Saudis on 3 January and a fresh legal ultimatum, which suggests the UK is complicit in ongoing Saudi war crimes in Yemen.

Davidson, when asked whether she would support an embargo, responded: “All arms for export are exported under license from the UK, that’s run by BIS [Business, Investment and Skills department].

“We are also having the added safeguard of the Arms Export Committee being re-established so MPs will be able to scrutinise everything that we send abroad. I think that’s a very welcome added extra to make sure that when it comes to the work that we do round the world it is a really good standard.”

Following the recent executions and escalation of abuses in Yemen – which according to Amnesty International includes the illegal targeting of civilians and schools – Belgium has revoked arms sales to the Saudi regime and David Cameron has reportedly delayed a further arms sale trip.

Legal firm Leigh Day have submitted a ‘pre-action protocol letter’ to the government, giving officials less than two weeks to end the arms sales or face a drawn out legal challenge in the High Court.

Commenting on the case, Rosa Curling from the human rights team at Leigh Day, which is representing CAAT, said: “The UK government is under a clear legal obligation to ensure any military equipment and/or technology exported from this country to another, is not being used in breach of international humanitarian law.

“Given the widespread and credible evidence that the Saudi authorities are breaching their international obligations in Yemen, we can see no credible basis upon which the UK government can lawfully continue to export arms to them.

“We hope our client’s letter will cause the government to reconsider its position and suspend all licences with immediate effect pending a proper investigation into the issue.”

The Scottish National Party has been pushing for an end to the arms sales , which have included the fighter jets and training used to bomb Yemen, where 21 million people currently require emergency aid.

Legal officials within the Foreign Office have expressed concern that the government is in breach of international humanitarian law due to its arms sales to Saudi Arabia.

Saudi Arabia is the number one source of UK arms sales, weapons which have previously been used in the crushing of Bahrain pro-democracy protestors.

Andrew Smith of Campaign Against Arms Trade condemned the deals for placing big business before human rights: “UK weapons have been central to a bombing campaign that has killed thousands of people, destroyed vital infrastructure and inflamed tensions in the region. The UK has been complicit in the destruction by continuing to support air strikes and provide arms, despite strong and increasing evidence that war crimes are being committed.

“These arms sales should never have been approved in the first place. The Saudi regime has an appalling human rights record and always has done. How many more people will be tortured and killed before the government finally says it will stop arming what is one of the most oppressive regimes in the world?”

The legal challenge awaits a response from secretary of state for Business, Innovation & Skills Sajid Javid MP by 24 January.