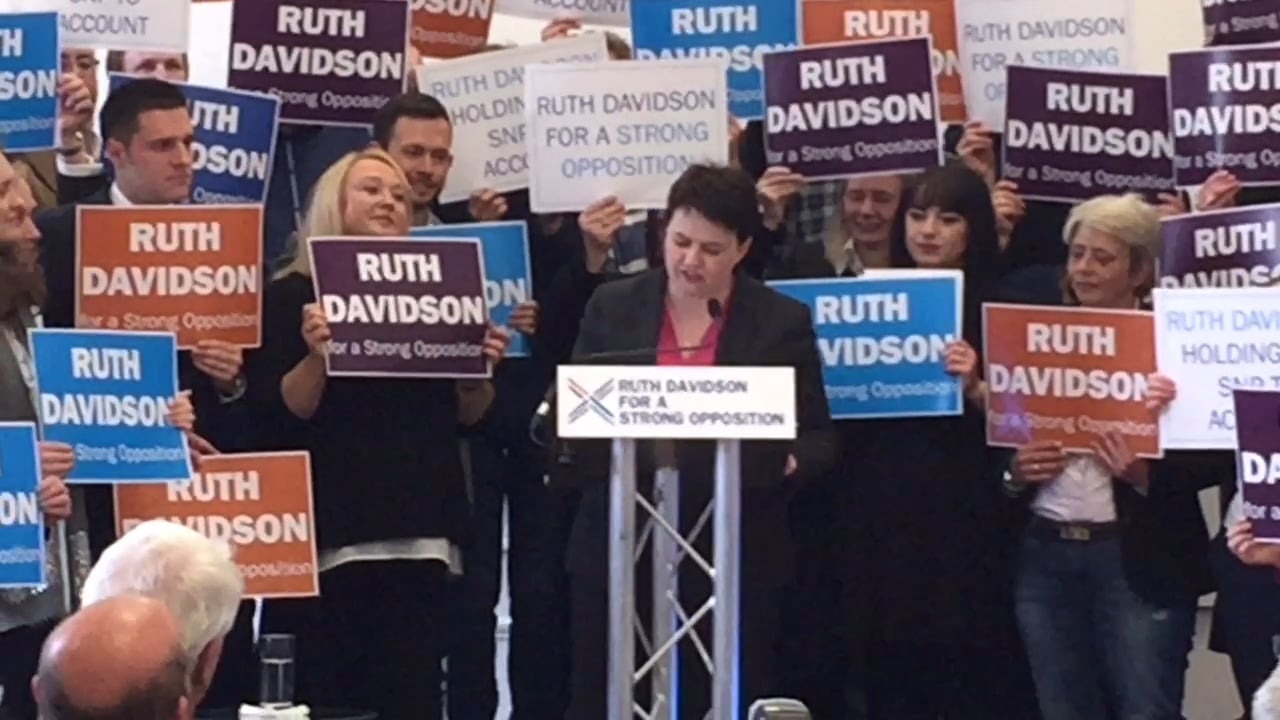 SCOTTISH Tory leader Ruth Davidson condemned US President Donald Trump on social media on Wednesday – but stopped short of demanding Prime Minister Theresa May distance herself from his administration.

Davidson tweeted denouncing Trump after he claimed the riots in Charlottesville, Virginia, had “blame on both sides”.

The president’s claim came after 32-year-old anti-fascist Heather Heyer was killed when a car was driven into a crowd of anti-Nazi demonstrators protesting a gathering of far-right groups.

The President of the United States has just turned his face to the world to defend Nazis, fascists and racists. For shame.

President Trump said: “You had a group on one side that was bad.

“You had a group on the other side that was also very violent. Nobody wants to say that. I’ll say it right now.”

“Not all of those people were neo-Nazis, believe me” Donald Trump

He also said: “Not all of those people were neo-Nazis, believe me,” and that  some “very fine people” were on “both sides” of the demonstration.

This led Scottish Tory leader Davidson to send out a Tweet slamming the president for his stance.

But when CommonSpace asked the Scottish Conservatives Davidson’s thoughts on the UK Government’s relationship with Trump and whether it should distance itself from him, the party would not respond.

It did tell us that two major governments would have to have some kind of relationship and distancing could only go so far, but failed to offer any clarity on the UK Government’s relationship with Trump’s administration following his stance on the riots.

Nazi and far-right groups gathered in Charlottesville last weekend to protest against the removal of a statue of Confederate general Robert E Lee.

Speaking to the BBC yesterday, Prime Minister Theresa May said it was important to condemn far-right views “wherever they we here them”.

She said: “As I made clear at the weekend following the horrendous scenes that we saw in Charlottesville, I absolutely abhor the racism, the hatred and the violence that we have seen portrayed by these groups.”

First Minister Nicola Sturgeon called for a halt to plans for a UK state visit for Trump.

“You cannot draw an equivalence between far-right Nazis, people who peddle hate and racism and bigotry and those who protest against that kind of ideology.” Nicola Sturgeon

Speaking to LBC she said: “I never thought it was the right thing to announce a state visit at the time that Theresa May did but I think the idea, at the moment, of President Trump making a state visit to the UK is unthinkable and perhaps it is time for the prime minister just to put that beyond doubt, that given these controversies, given some of the issues that are to the fore in America, now would certainly not be the time.

“You cannot draw an equivalence between far-right Nazis, people who peddle hate and racism and bigotry and those who protest against that kind of ideology.

“And when you’ve got the former leader of the Ku Klux Klan praising the president’s comments, I think it is time for him to perhaps reflect that he is on the wrong side of this debate.”

James Alex Fields Jnr, 20, has been arrested in connection with the death of Heather Heyer. Vigils were held in Glasgow and Edinburgh after the demonstrations in Charlottesville also left scores of people injured.