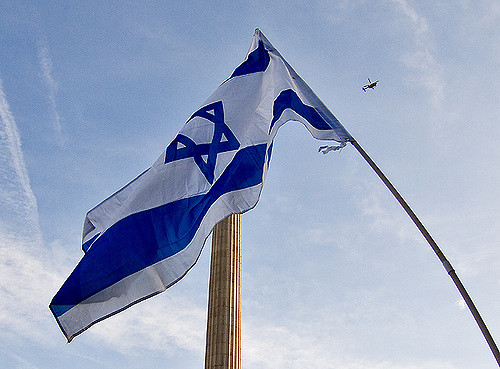 COMMONSPACE columnist Yvonne Ridley feels that she has the legitimacy to raise concerns about First Minister Nicola Sturgeon’s support for an event – the Shalom Festival – which will promote coexistence, build cultural bridges and bring together Israelis and Arabs in the heart of Edinburgh.

Furthermore, Ridley believes she is entitled to criticise Scottish Labour leader Kezia Dugdale, who has joined the first minister in endorsing this festival of peace.

To add insult to injury, Ridley even quotes Mick Napier of the Scottish Palestine Solidarity Campaign, and has the temerity to mention his toxic group no less than three times in her article.

This festival is not being “organised by the Embassy of Israel”. It is a celebration for peace being organised by Scottish groups and individuals who passionately advocate for peace.

It is ironic that the International Shalom Festival will be commencing a mere few days after the publication of a report compiled by Jewish Human Rights Watch, an organisation that monitors anti-Israel campaigners, and by David Collier, a well known peace activist. It will also be only weeks after Napier was found guilty, for the second time in a year, of aggravated trespass in Glasgow sheriff court.

The report is an explosive 160-page expose of the SPSC as an organisation riddled with individuals who openly post information about antisemitism and holocaust denial. As Alex Massie in the Sunday Times, stated: “Reading the report, which analysed the publicly shared social media postings of publicly identifiable activists appearing at SPSC demonstrations and other events, is like bathing in a sewer.” He added: “No decent person should continue to associate themselves with the SPSC.”

Sofiah MacLeod, chair of the SPSC, said that the SPSC is not inclined to take this report seriously. Seriously?  This is a report composed of over 160 pages covered with antisemitic and holocaust denial posts. The SPSC may not take this seriously, but MacLeod can be sure that every decent human being will.

As chair of Glasgow Friends of Israel and a partner in planning the International Shalom Festival, I can categorically state that this festival is not being “organised by the Embassy of Israel”. It is a celebration for peace being organised by Scottish groups and individuals who passionately advocate for peace for both the Israeli and Palestinian people.

All the funding has been generously donated by people who believe that not only does the festival demonstrate the path to peace but in fact that peace is the path.

All the funding has been generously donated by people who believe that not only does the festival demonstrate the path to peace but in fact that peace is the path.

As a peace advocacy group, we strongly refute Napier’s accusation that Glasgow Friends of Israel “defend every Israeli massacre, bulldozing of homes and the brutal siege of Gaza that constitutes collective punishment and causes such suffering”. We demonstrate our commitment to peace every Saturday at our stall in Buchanan Street.

In her article, Ridley mentions the fact that Scotland has welcomed more than a quarter of all Syrian refugees who have arrived in the UK in the past two years. However, are people aware that Israel has been helping Syrian refugees since 2013?

The Israeli military began treating Syrian civilians wounded in fighting just a few miles away despite the two countries being ‘at war’ for decades. Israel says it has quietly treated 3,000 patients, a number that is still growing as the fighting in Syria continues.

The aim of the Shalom Festival is to build cultural bridges and celebrate coexistence.

While many of the Syrian civilians treated in Israel return to Syria, members of Israel’s political elite have called for the acceptance of Syrian refugees into the country.

Children receive temporary resident status and become permanent residents after four years, and are able to remain in Israel for their entire lives. The children are integrated into Arab Israeli families. Furthermore, any of their immediate relatives will also be considered for refugee status.

The aim of the Shalom Festival is to build cultural bridges and celebrate coexistence. It be great if Ridley could find a way to do the same.