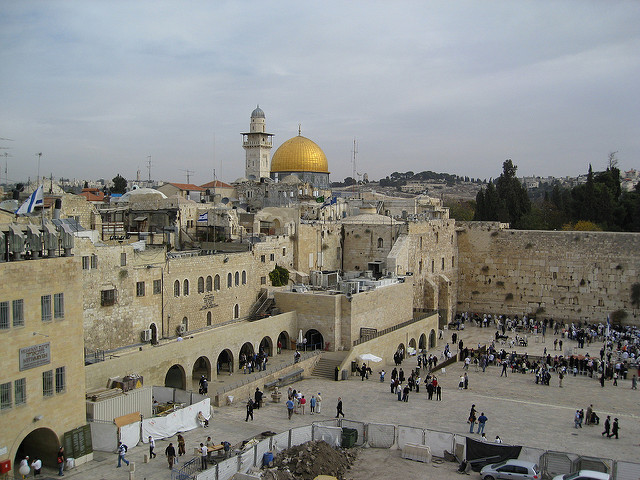 Sammy Stein of Glasgow Friends of Israel believes President Donald Trump’s controversial recognition of Jerusalem as Israel’s capital could be a help, rather than a hindrance, to peace

DESPITE the furore of President Donald’s Trump’s decision to recognise Jerusalem as the capital of Israel, there was a notable lack of any condemnation when Russia did exactly the same thing earlier this year.

The decision, taken by Russia in April 2017, made it the first country in the world to extend such a recognition to any part of the city.

It is thought that Russia’s decision was then reinforced by the response from questions to Google confirming that Jerusalem is the capital Israel. It is also well known that most school children all over the world are taught in geography lessons that the capital of Israel is Jerusalem.

In fact, no country in the world recognises or ‘non-recognises’ any other country’s capital but leaves it to each individual nation to decide

There are 124 countries involved in territorial disputes, including numerous occupations: some considered legitimate, some not. Yet 123 of those countries choose their own capitals without any question from the rest of the world. Only Israel is treated differently. Why?

In November 1977, President Sadat of Egypt was the first Arab leader to recognise Jerusalem as Israel’s capital. Sadat visited Israel as part of the peace agreement between the two countries and addressed the Israeli government in the Knesset. Since then numerous world leaders have made official visits to the Israeli capital when meeting the president or prime minister of the country.

The statement made by Donald Trump is therefore no more than a recognition of the facts on the ground and has no impact on issues that require actual negotiations during peace talks between the Israelis and Palestinians.

Does anyone really imagine that peace talks would include a demand by the Palestinians to move the Knesset or the prime minister’s office from Jerusalem to Tel Aviv, and that Jerusalem will no longer be the capital of Israel?

The smart move would be to see Trump’s decision as the door to compromise on Jerusalem and I support and call for the recognition of east Jerusalem as the capital of the future Palestinian state.

If the Palestinians are serious about peace, they could realistically plan to make east Jerusalem their capital and Trump did not rule this out. In fact, he did not discuss the boundaries of Jerusalem and therefore this aspiration is still possible if only the Palestinians would agree to enter peace negotiations.

The decision by Trump will only hamper peace if others insist it should. Trump confirmed that the United States supports “a two-state solution if agreed to by both sides”. Why don’t the Palestinians put him to the test?

The smart move would be to see Trump’s decision as the door to compromise on Jerusalem and I support and call for the recognition of east Jerusalem as the capital of the future Palestinian state.

By their condemnation of the Trump statement, the Palestinians reinforce the view held by many Israelis that there is little to be gained by negotiating with the Palestinians if they do not accept that Jerusalem is the eternal capital of Israel.

And why now? Why did Trump make his declaration now? Could it be because the peace talks have stalled and require a jump start? President Obama tried to push Israel to show more initiative and more flexibility towards the Palestinians but he did not succeed. That was probably because he wasn’t seen by Israel as a true friend.

By following the Russians and recognising Jerusalem as Israel’s capital, it is likely that Trump will be recognised by Israel as a real friend and he will be in a better position to influence its leaders to take positive steps towards peace talks.

Let’s hope the Palestinians do not once again miss an opportunity for lasting peace.