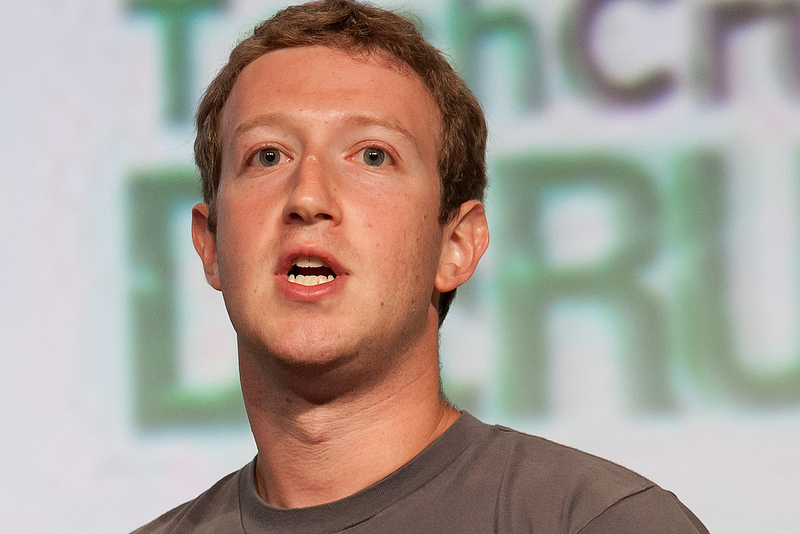 BILLIONAIRE Facebook boss Mark Zuckerberg is facing a second day of questioning from US senators after being quizzed on Tuesday about his failure to protect customers data and stop Russian interference in the US election, which saw President Donald Trump elected.

Zuckerberg was ordered before the powerful Senate commerce and judiciary committees on Tuesday (10 April), the equivalent of a UK parliament select committee, to face questions from Republican and Democrat senators after a series of scandals involving the social media platform he famously created in 2004, whilst studying at university.

American commentators said that Zuckerberg would have faced a tougher grilling if the senators were more aware of the technology involved.

Referring to the Senate’s “tech illiteracy”, Chris Cillizza, CNN editor-at-large, wrote online: “It was, to be blunt, like watching your grandfather try to understand how they got the internet onto your new MacBook Pro.”

The 5″7 billionaire was also mocked online after it appeared he was sitting on a booster seat as he answered to make himself appear taller as he handled questions.

Mark Zuckerberg looked like a usual defendant, awkwardly wearing a suit for the first time, that someone had to pick out for him. He also had to use a booster seat when he testified. This is a real picture: pic.twitter.com/5gvgASAYIQ

Zuckerberg appeared confident as he admitted that the company had made mistakes and apologised in particular for the revelation that as many as 87 million Facebook users had their data harvested by UK based political consultancy firm Cambridge Analytica.

“I think it’s pretty much impossible, I believe, to start a company in your dorm room and then grow it to be at the scale that we’re at now without making some mistakes,” he said.

Zuckerberg described the company as “idealistic and optimistic”, saying that it had focused on the good that connecting people can do as opposed to how the tool could be used negatively.

“This is an arms race. They’re going to keep on getting better at this.” Mark Zuckerberg, Facebook founder

“We didn’t take a broad enough view of our responsibility, and that was a big mistake. And it was my mistake. And I’m sorry. I started Facebook, I run it, and I’m responsible for what happens here.” he said, apologising publicly for the first time.

“Which is why one of the things I mentioned before is we’re going to have more than 20,000 people, by the end of this year, working on security and content review across the company.”

Questioned directly about how Facebook works with third-party developers which access data from users and potentially share it with other firms without permission from users, Zuckerberg said the company was now conducting a full audit to “understand how apps are using data”.

“If they’re doing anything improper,” he said, “we’ll ban them.

Senators spend a significant amount of time questioning Zuckerberg over the allegations that Russia had interfered in the American presidential election which saw Donald Trump elected in 2016.

Zuckerberg revealed that Facebook staff had been interviewed by Robert Mueller, the special counsel investigating alleged Russian interference and that the company was assisting the investigation more generally.

Mark Zuckerberg testified today about Facebook’s role in our democracy. Here are the most important questions we should ask concerning his testimony: pic.twitter.com/kiBDbZ1CmK

Refusing to say more, Zuckerberg added:  “Our work with the special counsel is confidential and I want to make sure that in an open session I’m not revealing something that’s confidential.”

The popular Senator Bernie Sanders, who opposed Hilary Clinton for the Democrat party’s nomination for US President, posted his reaction to the hearing online, saying that although the appearance was a “very important” first step it was the only beginning of the need to “tackle fraudulent political advertising”.

Revelations by the Guardian earlier in 2018 prompted international outcry from politicians and Facebook users after it was revealed that the political consultancy firm Cambridge Analytica, a subsidiary company of SCL group, which is part-owned by the controversial far-right figure and former Trump adviser Steve Bannon.

Undercover reporters found that Cambridge Analytica purchased data and information from an app developer in 2015 which was used by the company to target political advertising and campaigning online.

On how individuals can control how their data is used, Zuckerberg repeated the tools Facebook already has to allow individual control over who has access to the information that they share.

Cambridge Analytica seemed to respond to the hearing on Twitter, saying its lawyers had been instructed to contact media organisations reporting on the hearing and its implication for the company.

“I don’t want to vote to have to regulate Facebook, but by God, I will.” Republican Senator John Kennedy

Zuckerberg also fended off tough questioning from Republican Senator John Kennedy, saying that he would only welcome tighter regulation on the site if it was the “right regulation.”

Senator Kennedy, a long time critic of the social network, said: “I don’t want to vote to have to regulate Facebook, but by God, I will. A lot of that depends on you. I’m a little disappointed in this hearing today. I just don’t feel like that we’re connecting.”

Zuckerberg’s appearance prompted questions from the UK about whether he would attend the Westminister committee which is exploring the issue, an invitation he has previously refused.

Mark Zuckerberg will be questioned further by senators on Wednesday (11 April) in Washington.