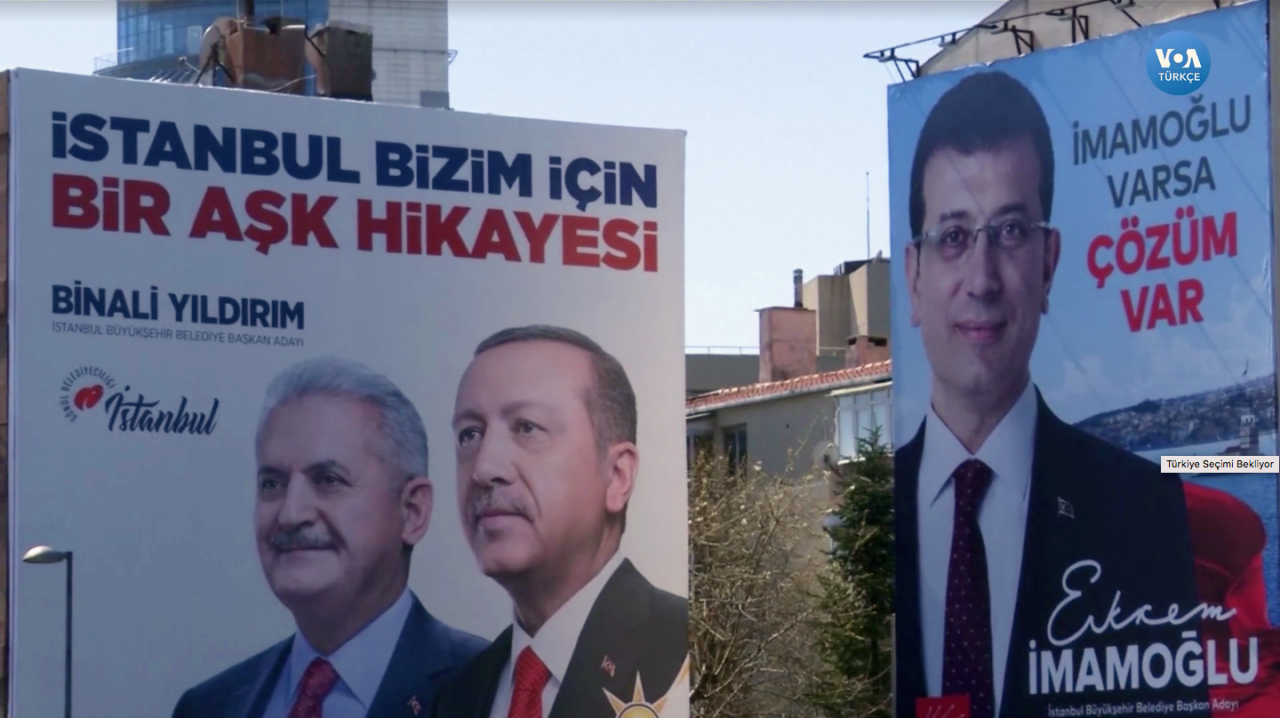 Sarah Glynn, Scottish Solidarity with Kurdistan activist, looks at the re-run of Turkey’s mayoral election on Sunday [23 June], which has led to a humiliating defeat for authoritarian Turkish President Recep Tayyip Erdoğan

ON SUNDAY, the voters of Istanbul made history. For the second time in less than three months, they elected as mayor, Ekrem Imamoğlu, of the Republican People’s Party (CHP), decisively ending twenty-five years of Justice and Development Party (AKP) control.

The local elections that were held at the end of March had increasingly been presented as a referendum on the Turkish president and AKP leader, Recep Tayyip Erdoğan. When the AKP candidate narrowly lost to Imamoğlu first time, Erdoğan used his political power to get the election declared invalid. It was re-run on Sunday, in a high-risk gamble that has left Erdogan humiliated, and has already exposed the cracks within the opportunistic alliance that makes up his AKP.

Despite the restrictions of a heavily controlled media, Imamoğlu’s earlier majority of 14,000 has been increased to nearly 800,000, as voters demonstrated their rejection of this attempt to overturn democracy. Last time, the pro-Kurdish, leftist, Peoples Democratic Party (HDP) had proved the deciding factor with their call for a tactical vote for the CHP against the AKP. This time the HDP worked full out to deliver a Kurdish vote for the CHP. Esengul Demir, co-chair of the HDP in Istanbul, told the Independent, that they were trying to reach the people who didn’t vote in March.

“This time we are more explicit. We are working as if the HDP is in the election,” the HDP co-chair said.

When I spoke to Fayik Yagizay, the HDP’s representative in Strasbourg – before he went out to celebrate – he observed that this election had not only ‘opened a new window for Turkey’ with the beginning of the loss of Erdoğan’s power, but that it had also ‘changed the language’ of Turkish politics with respect to the Kurds.

The CHP, as inheritors of Ataturk’s coercive Turkish nationalism, have historically been no friends of the Kurds. Despite being nominally socialist, as recently as the 2014 presidential election they supported the candidate of the far-right Nationalist Movement Party (MHP); and when they formed an electoral alliance for the 2018 general election, they wanted nothing to do with the HDP.

However, the HDP is now seen as a force that cannot be ignored, and the AKP’s attempt to paint anyone who cooperates with the HDP as consorting with terrorists no longer works. Imamoğlu publicly welcomed the support he received from the HDP’s imprisoned former co-chair Selahattin Dermitaş, and – rather more surprisingly – the AKP’s own mayoral candidate, Binali Yildirim, actually referred to ‘Kurdistan’ in a recent visit to Diyarbakir (Amed).

The CHP won the Istanbul election with a positive campaign that determinedly rejected populist divide and rule politics. Imamoğlu has tried to build bridges with those who supported the AKP because they saw it as the party for religious Muslims, and, with Turkey facing growing inflation and unemployment, he has emphasised the importance of addressing economic inequality. When he thanked his supporters for his victory, he was careful to mention the HDP and the Kurds. On learning the election results, HDP co-chair, Pervin Buldan, tweeted: “Kurds and the HDP are the winner today.”

In all this excitement, we should not forget the Kurdish mayors who also won seats in the March elections, but were subsequently declared ineligible. These are people who had previously been dismissed from their posts by government decree, and the same electoral commission that allowed the re-run of the Istanbul vote, decided that their previous dismissals meant that their elections should not be allowed, despite having earlier accepted their registration as candidates. The role of mayor was then handed to the runners-up, who in some cases got only a small fraction of the vote.

Nor can we forget the many politicians and critics of Erdoğan’s government who are in Turkish jails. Democracy in Turkey is still far from well, but this morning, the future looks a little brighter.