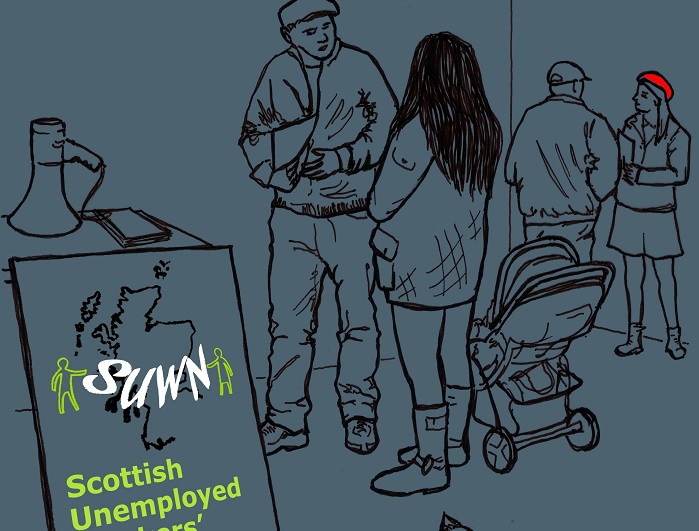 VIEWERS of Ken Loach’s award winning film, 'I, Daniel Blake', can be divided into three types.

The film is the story of a man refused disability benefit after a heart attack, despite his doctor’s insistence that he shouldn’t work. He is therefore forced to sign on at the jobcentre and navigate a system where any false step can trigger a benefit sanction.

First, there are the people for whom this is an appalling eye-opening revelation of what our society has become; then there are the die-hard Conservatives, like the Sunday Times film critic Camilla Long, or columnist Toby Young, who refuse to believe such circumstances really exist (I wish I could believe that she and her ilk were just figments of a dystopian imagination); and lastly there are the people for whom this is all horribly familiar because it is the substance of their own experience.

Read more – Neil McLeod: I spent 20 years working in welfare rights, Toby Young, it's time for you to listen

Every day, at jobcentres and assessment centres across the UK, people live out stories every bit as harrowing as that of Daniel Blake, and, like him, most get little advice and support.

In the Scottish Unemployed Workers’ Network we try to help some of those people. We are just a small group of volunteers, most of whom are, or have been, out of work ourselves, and we know we can only reach the tip of the iceberg; but we can also use the knowledge we have gained to analyse what’s going on and to campaign for change.

And so we have written a book. This brings together our campaigning experience with more analytical sections on why all this is happening and what we can do about it.

For those who find it hard to believe that things are that bad, our diary from our stalls outside the buroo – in Dundee, Govan and Paisley – demonstrates the Kafkaesque absurdity of today’s punitive welfare state. (Paul Laverty, the screenwriter for Loach’s film, spent a day with us in Dundee as part of his extensive research and has supplied a foreward to the book.)

We also describe how we have intervened: helped guide people through the ever-changing labyrinth of the 'benefit system', acted as advocates for people facing onerous and impossible demands, and given people the knowledge and confidence to assert their few remaining rights. 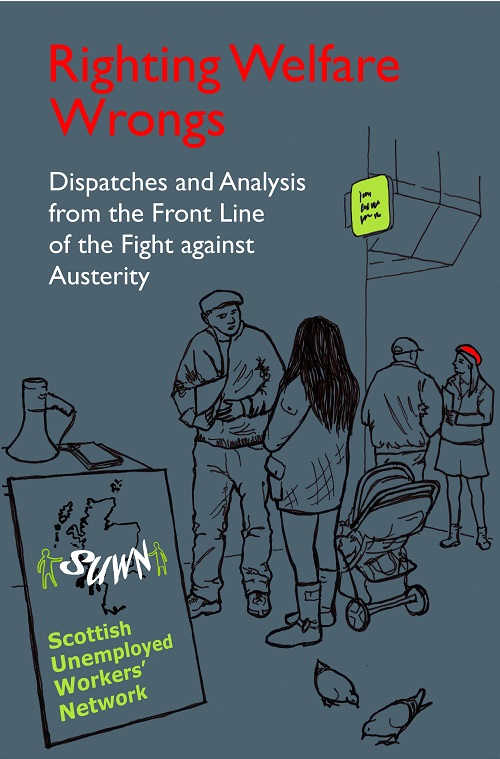 We have not always been successful, but we have been able to make a difference to many people’s lives and to establish a pattern of work that others can follow.

Everyone who goes into the jobcentre, we offer a Know Your Rights leaflet. Everyone coming out, we ask how they got on and if they have had any problems. Problems can range from the appalling to the ridiculous – sometimes both at once, like when people get sanctioned for being in hospital, or are told they are too sick to sign on at the buroo when they have been declared fit for work and refused disability benefit.

As Daniel Blake also found, the DWP does not like to be contradicted and is quick to accuse anyone who disagrees with them of being aggressive. They may even call the police, and the diary also follows us through the more archaic peculiarities of the Scottish 'justice' system.

We don’t want to simply provide a chronicle of horror, or even an account of street-based welfare rights work, we want to contribute to reversing this attack on our society and our humanity.

We describe our direct actions, too – the police have generally been more reasonable on those! – and friends have added their own encounters with the mad, bad world of the DWP.

To make sense of all this, we look at and question the role of unemployment in a capitalist economy, at the historic battles that won the compromise of the welfare state, and at the way this has been deliberately broken down over the last decades.

When unemployment is made even more miserable, then people in work become more reluctant to risk their jobs by protesting against poor pay or working conditions. Benefit cuts are often portrayed as the poor being made to pay for the extravagance of the bankers, but that is a further distraction from the real story.

Poverty has huge knock on costs and any government savings from benefit cuts will be relatively small, but that is not relevant as the real purpose behind what have been misleadingly described as "welfare reforms" is the deliberate dismantling of the social-democratic welfare state and its replacement with a punitive system of control.

This has strengthened the power of employers over their workers and opened more areas to untempered competition. It has even provided direct opportunities for the poverty industries, which are paid by the public purse to force the unemployed through useless, time-consuming schemes and to humiliate the sick and disabled through tests designed to deprive them of essential support.

It has all been part of the neoliberal transfer of wealth from the poor to the rich, which is being accelerated through what author Naomi Klein calls "disaster capitalism" – the deliberate exploitation of disaster in order to open societies to even more aggressive marketisation.

But the current economic and social trajectory is not only brutal, it is also unsustainable. We argue that the conservation of finite resources and the spread of automation, as well as basic human dignity, demand a relook at our politicians’ obsession with capitalist growth, and a commitment to establish a universal basic income.

Understanding what is happening, and conceptualising an alternative, constitutes the first steps towards change. We don’t want to simply provide a chronicle of horror, or even an account of street-based welfare rights work, we want to contribute to reversing this attack on our society and our humanity.

We know where we want to get to, but we also know that we are still a long way from winning the arguments, or the power to make the changes happen.

A society can be judged by how it treats its poorest and most vulnerable members, and we see these campaigns as central to a revitalisation of left forces in Scotland and beyond.

So, besides opposing every attack, we will campaign for every reform that can make things a bit better and can raise people’s aspirations for further change. A society can be judged by how it treats its poorest and most vulnerable members, and we see these campaigns as central to a revitalisation of left forces in Scotland and beyond.

It has been good to see public expressions of outrage at the world depicted in 'I, Daniel Blake'. We hope that our book can help consolidate that anger and focus it towards positive action.

The book is published by Common Print, and can be purchased here.

You can keep up to date with the Scottish Unemployed Workers’ Network by checking into our website and blog and liking our Facebook page, and you can contact us by email at admin@scottishunemployedworkers.net, or by phone on 07803 052239 or 0789 9798979.