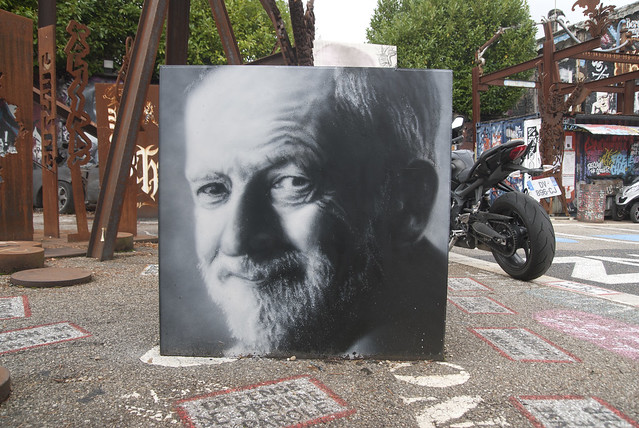 Sarah Glynn, a founding member of Scottish Jews against Zionism and not a member of any political party, argues that all who seek to challenge the British establishment should take issue with attempts to smear Jeremy Corbyn as an antisemite

AS THE full weight of the British establishment comes together to smear the Labour left and try and pre-empt the election of a Corbyn-led government, independence supporters cannot afford to stand aside and watch.

This is an attack on democracy and on the freedom to build a progressive politics. And it is also a reminder of the kind of dirty tricks we can expect, the closer we get to the possibility of independence. Campaigners for indy, too, are regarded as an existential threat to the British establishment, however otherwise respectable – and economically conservative – they might be. We face the same enemy in a political and media establishment led by the Tory government and its compliant state broadcaster, and we need to resist together, and not allow ourselves to be picked off, one group at a time.

Acknowledging and resisting the attack on the Labour left is a democratic duty, and also sound political tactics. It does not have to imply general support for Labour. Nor does it mean that we have forgotten the party’s capitulation to neoliberalism and imperialist war under Blair, or its politically inconsistent – and ultimately selfish – refusal to countenance the Scottish right to self-determination.

When right-wing complacency enabled Jeremy Corbyn to be elected party leader, attempts were made to attack supportive politicians through accusations of sexual impropriety. When that approach failed, his attackers, both within and outwith the Labour Party, found a ready-made strategy in the Zionist campaign to label everyone who argues against Israel as an antisemite. The Labour left had been at the forefront of campaigns to outlaw racism, and Corbyn was well known as a long-term supporter of the Palestinian cause. Now, a devastating twist in the definition of antisemitism allowed left-wing anti-racists to be hoisted on their own petard.

The social media profiles and other activities of Labour members have been trawled for anything that might suggest antisemitic thought, or a link with someone else who is deemed antisemitic. Unsurprisingly, for such an extensive group, this has revealed examples of ignorance and naivety and sometimes of genuine antisemitism, but the high-profile cases have depended on the politically calculated elision of antisemitism with anti-Zionism.

READ MORE: After Netanyahu’s intervention: 5 times the Corbyn antisemitism smear campaign has entered the theatre of the absurd

This has been given a pseudo-respectability by the International Holocaust Remembrance Alliance definition of antisemitism. The IHRA definition has always had critics as well as supporters. Even its main author, Kenneth Stern, has criticised how it has been used to shut down academic debate, and has argued against it being given legal status. The problem concerns the examples attached to the definition, which conflate antisemitism with criticism of Israel. These brand as ‘antisemitic’ the argument that the creation of a specifically Jewish state (as of any state defined by ethnicity or religion) is intrinsically a racist endeavour. They also treat as ‘antisemtism’ any suggestion that an Israeli policy shows echoes of Nazi Germany, however relevant such a warning might be.

Of course, all genuine antisemitism needs to be resisted, but, despite a concerted attempt by most of the political establishment and mainstream media to associate Corbyn’s Labour with antisemitism, polling evidence refuses to back up such a link. Support for antisemitism in the UK is relatively low compared to other countries and other forms of racism, and antisemitic views have generally been found to be more prevalent among Conservative than Labour supporters, and much more prevalent on the far right. Among Labour supporters, the occurrence of such views is actually lower under Corbyn than it was under Ed Miliband.

This has not prevented right-wing Jewish leaders to continually and publicly encourage UK Jews to feel under threat from Corbyn’s Labour leadership. Meanwhile, left-wing Jews, including long-term members of the Labour left, have to struggle to be heard. Jewish Labour members who have stood up for the truth have found themselves labelled as antisemites.

Corbyn and his supporters proposed adopting the IHRA definition, but editing and amplifying the examples to avoid restricting free speech. Their attempt to make this important and intelligent amendment was thwarted by the Labour right wing, aided by a concertedly hostile media.

READ MORE: Rhea Wolfson: I’ve been a victim of anti-Semitism – Labour is doing the right things to stamp it out

The real-life impact of this linking of Jews as a people with support for Israel, and its use to restrict criticism of Israel, is damaging for both Palestinians and Jews. It problematises support for the Palestinian cause, which had won widespread sympathy; and it promotes the erroneous and racist impression that all Jews must be supporters of Israel, while encouraging a situation where Jews are blamed as a group for the political opportunism of a right-wing Jewish establishment..

But for many of those leading the charge to root out ‘antisemitism’, this has never been about Jews or Palestinians. Their main concern is to undercut any recovery of left-wing politics, and, especially, to forestall a Corbyn-led government, which – though far from revolutionary – would put forward some genuinely socialist policies.

The focus on attacking the left was particularly clear in last week’s Panorama. The over-riding anti-Corbyn bias in this programme has been widely exposed, not least by Jewish Voice for Labour. Less commented on, is the way in which antisemitism was repeatedly portrayed as a general left-wing problem.

An encouraging number of people can see past and ignore this increasingly blatant propaganda, but there is no doubt that it is having an effect. No one who cares about democracy should let this go by unchallenged. And, once one threat to the political establishment has been dealt with, attention will move on to another. Next it could be the turn of those who want to break up the UK. It will be no use saying then, ‘first they came for Corbyn, but I did nothing because he’s a unionist…’

The Scottish Government quietly adopted the IHRA definition, complete with original examples, in June 2017. No doubt may people believe the hype that portrays this definition as the litmus test of resistance to antisemitism, but its adoption could also be seen as an immunisation against accusations of antisemitism, and a political marker distinguishing the adopter from Labour and its ‘antisemitism problem’. Labour discomfort is too readily regarded as grist to the SNP mill, even when that discomfort is unwarranted and politically dangerous. Attack Labour unionism by all means, and openly debate political beliefs and tactics, but don’t facilitate Tory divide and rule.

On the day of the independence referendum, the main Yes campaign brought out posters calling on voters to end Tory rule forever. Failure to speak out now against this attack on the left and on democracy can only provide succour for those who want to perpetuate Tory control and to crush the best hope of a socialist government in nearly 75 years of UK history.