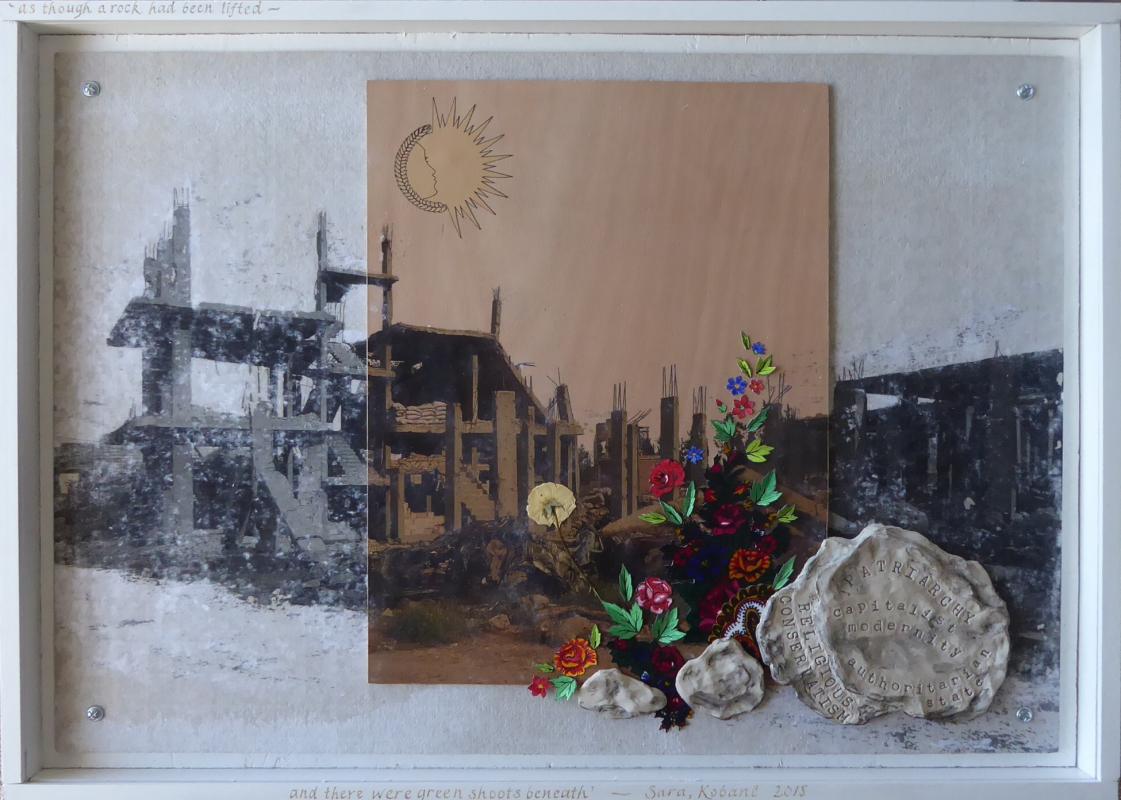 Caught between the bombs and the lies of the imperial powers, Rojava may seem to have little hope of survival.

The fighting is far from over, but even if the Kurds are forced to concede every bit of territorial control in Syria, and the machinations of the US and Russia serve to strengthen Erdogan’s rule and make it even harder for Kurds – and for anyone of political conscience – within Turkey, the Kurdish movement will never give up the struggle for the freedom to express Kurdish identity. Nor will they abandon the wider struggle for a better world. Neither F16s nor white phosphorus, nor even American cack-handed double dealing, can break the Kurdish will to resist, nor eliminate the vision that they have created for a new society.

At the same time as doing all we can to try and bring an end to immediate and terrifying threats to life and limb, we must also do everything in our power to take on and spread the ideas, inspired by Abdullah Ocalan, that made Rojava such a beacon of hope for people across the world. While all eyes are on Northern Syria, lets help them see that, amidst the carnage of the civil war, the Kurds and their neighbours have been demonstrating to the world how to create a vital grassroots democracy – a place where people are actively involved in running their local communities, where women’s rights are protected and championed, where ecology is a central precept, and where cultural difference is respected.

This time last year, I was exhibiting a collage picture at the Bloomsbury Festival. It was an attempt to show the societal liberation that the Rojava revolution was making possible, so it seems fitting to share it now. I titled it, ‘As though a rock had been lifted and there were green shoots beneath’, because this is how Sara, who I met in Kobanê, described what it felt like in 2012, when the authoritarian Syrian regime withdrew control and the Kurds were able to set up their own autonomous organisations. It is an image of oppression lifted, but also of a new world that had long gestated in hiding, waiting for the opportunity to grow.

Just two years later, the Kurdish areas came under attack from ISIS, and Kobanê became famous as the first place ISIS suffered a major defeat. Sara stayed in the city through the siege to cook for the fighters and prepare dead bodies for burial. She is a prominent activist in Kongreya Star, the confederation of organisations that is helping ensure women play a full role in the new society. I visited Kobanê as a guest of Kongreya Star, whose symbol looks down on this scene. The most ruined area of the city was being left as a memorial to the 2014 siege. When we walked through it, a family handed me a white rose, which I pressed as my own memento of this powerful place.

But just beyond the view shown in my picture, lay the border, where a huge Turkish flag gave out a permanent threat of future aggression.

The Kurds have been resisting persecution for 100 years. The resistance will go on, and now, thanks to Rojava, many more of us are part of it. This resistance is not merely a negative pushing back; it is also a force for positive change. We are growing many more green shoots.

SCOTTISH SOLIDARITY WITH KURDISTAN CALLS FOR A NO-FLY ZONE, FOR REAL SANCTIONS ON THE TURKISH ECONOMY, AND FOR EVERYONE WHO CARES ABOUT THE FUTURE OF HUMANITY TO BOYCOTT TURKEY.

Join us on the demo in EDINBURGH ON SUNDAY (12 NOON AT THE MOUND, outside the National Gallery), or in DUNDEE ON SATURDAY (12 NOON DUNDEE CITY CENTRE), call protests and actions where you live, write to your MP, talk with friends and colleagues, and write letters to the papers to help spread solidarity and action.