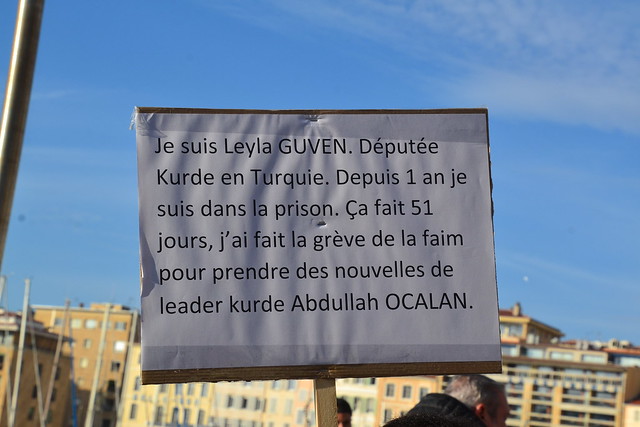 Sarah Glynn, Scottish Solidarity with Kurdistan activist, reflects on the victory of the Kurdish hunger strike following the ending of leader Abdullah Ocalan’s solitary confinement by Turkish authorities – and looks to the next steps for the Kurdish solidarity movement

ON SUNDAY, when Leyla Guven was entering her 200th day without food, and my friends in Strasbourg were entering day 161, we heard the news we had long been waiting for. Now that Abdullah Ocalan’s lawyers had been allowed a second visit to their client this month, after a gap of almost eight years, the hunger strikers were ready to declare that they had achieved their purpose and were ending their strike. It took a bit of time for statements to be agreed with the over 7000 hunger-striking political prisoners in Turkish jails, but after days of anxious phone watching, the message finally came through. So, what now?

For the hunger strikers themselves, this week is a time of carefully monitored recovery, as their bodies relearn how to manage food. And for the rest of us, what do we do now that this months’-long weight has been lifted? Even as we enjoy an all-too-rare victory, we know that winning one battle is not the same as winning a war, and this war has gone on for decades.

Although I have used a military metaphor, Ocalan’s message, sent via his lawyers, made very clear that he believes that the way forward is through peaceful political action. As his lawyers observed in their press statement: “In these meetings, we clearly observed that Mr Ocalan had maintained his position to solve the problems based on a dignified peace through democratic resolution and he was hopeful and confident for the future.”

The ending of Ocalan’s isolation was always the hunger strikers’ sole spoken demand: a demand that was both intensely practical and hugely symbolic. Ocalan embodies Kurdish dignity, and he is regarded as central to a peaceful and respectful future for Kurds in Turkey and beyond – indeed for everyone in the wider region. But I also want to focus on a conversation I had with my hunger-striking friend, Kardo Bokanî, on one of my visits to Strasbourg.  The hunger strikers are all well versed in their movement’s history, and, as a political philosopher, Kardo has had plenty of opportunity to reflect on it. He wanted to convey to me the importance of the hunger strike in building and consolidating the wider Kurdish movement, as had happened with the historic hunger strike of the early 1980s.

Pictures of the martyrs of that hunger strike still hang on Kurdish walls, and it is the words of one of those earlier hunger strikers, Kemal Pir (ethnically Turkish but a founding member of the PKK) that have been so often quoted by today’s hunger strikers: ‘We love life so much that we are prepared to die for it.’ The achievement of the hunger strikers will also be measured in the support that they have built for their cause – both within the Kurdish community and beyond. It is also this support that can provide the best protection against the Turkish government reneging on its promises to allow Ocalan the basic human right of access to his lawyers.

Despite shameful neglect by mainstream politicians and media, this huge, selfless political action has begun to generate a surge of support that we must not allow to dissipate. Whatever our feelings about hunger striking as a political method – and I have always had personal and political doubts about a tactic that puts at risk dear friends and dedicated comrades – we can now build on what they have created.

READ MORE: Building a new society against all odds: Scots activist tells of the hopes and challenges facing Kurds in Syria

We hereby give notice to everyone who has voiced their support for the hunger strikers and their cause, that their job is not done, and their support is still needed. To the politicians – MPs and MSPs who have signed letters and parliamentary motions – we need you to put pressure on the Council of Europe and on the UK Government. To the academics who have put their names to letters to the Council of Europe and the European Committee for the Prevention of Torture, we need you to provide intellectual backing to the cause and to help inform people of what is happening. To the trade unions who have passed motions in support of the hunger strikers – if you’ve not already done so – to  sign up to the Freedom for Ocalan Campaign, to take the message to your membership and to help build a broad-based grassroots movement, so that support for the Kurdish struggle for freedom and for a better world becomes a basic tenet of left politics.

All of us can learn more about the Kurdish movement and its model for an alternative society, and share our knowledge with others. We can lobby and campaign for the UK to stop selling weapons to Turkey, we can promote the call for boycotting Turkish holidays, and we can protest every time our Scottish police hassle our Kurdish comrades – as they did most recently on the Glasgow May Day march and rally.

Now, even learning from the Kurds’ living experiment in grassroots democracy in North East Syria is being made more difficult by ruling powers who have no interest in allowing an alternative system. Under the cover of the ‘fight against terror’, UK laws are threatening our freedom to travel to the area, with the Home Secretary Sajid Javid announcing that any British citizens who are still there in a month’s time without ‘legitimate reason’ could face a prison sentence of up to ten years on their return. Countering this British repression calls for both campaigning and legal action.

There is so much to be done – to put pressure on Turkey and on Westminster. Turkey’s concession to the hunger strikers’ one basic human rights demand has not been accompanied by any let-up in their brutality elsewhere. Their decision to allow the lawyers’ visits may be a tactical one, to avoid hunger striker deaths coinciding with the recalled Istanbul mayoral election (when the AKP narrowly lost the earlier election they got it declared invalid). It may also demonstrate that Turkey is not altogether impervious to external opinion, and that all our lobbying of and through the Council of Europe and the Committee for the Prevention of Torture eventually hit home.

However, Turkey continues to repress Kurds both within and outwith its borders, as President Erdoğan presides over an increasingly fascist and imperialist state. Other imperialist powers, of which the UK is one of the worst, find it suits their own political interests to show Turkey support, selling them arms and parroting Turkey’s insistence that Ocalan, and the Kurds as a whole, should be branded as terrorists.

Resisting the self-interested actions of these powers will require a strong and coordinated movement. We can build on the mobilisation of the last 200 days, and we can also – if Scottish comrades will forgive me for repeating this – learn from the campaign in Wales that so powerfully brought together Kurdish and Welsh activists – leftests of different persuasions, Plaid politicians and the more progressive members of the Labour Party.  As Welsh Kurdish hunger striker, Imam Şiş, declared: “We, Kurdish people and Welsh people, showed the world, if we stand together, shoulder to shoulder, we can achieve any success. This will be an example for all the world.”

It shouldn’t be necessary for someone to put their life on the line to create this sort of solidarity. 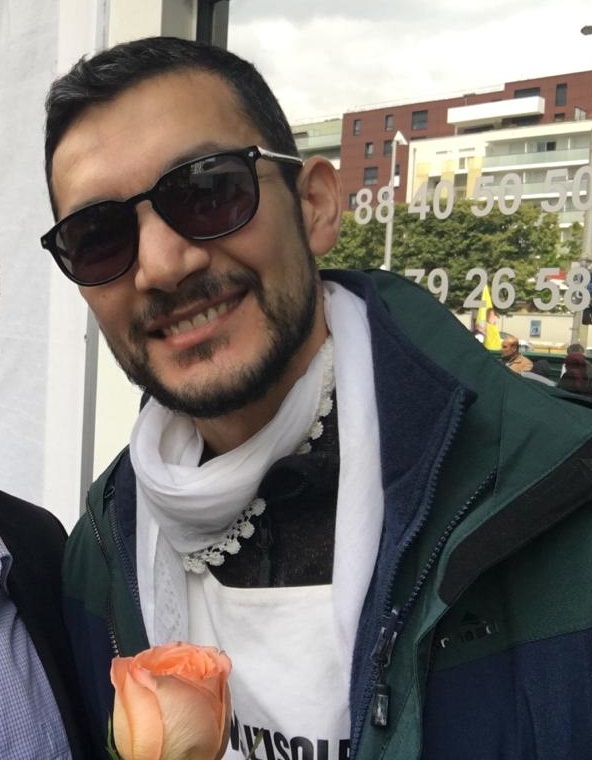 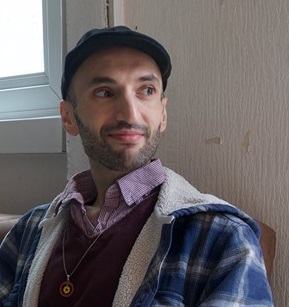 The above pictures show Kardo Bokanî in Strasbourg and Imam Şiş in Newport on the day they learnt that the hunger strike was over. The hunger strikers have always smiled, but on Sunday their smiles were different.

CommonSpace is entirely reliant on small, regular donations by you: our readers. Donate today to support our work.