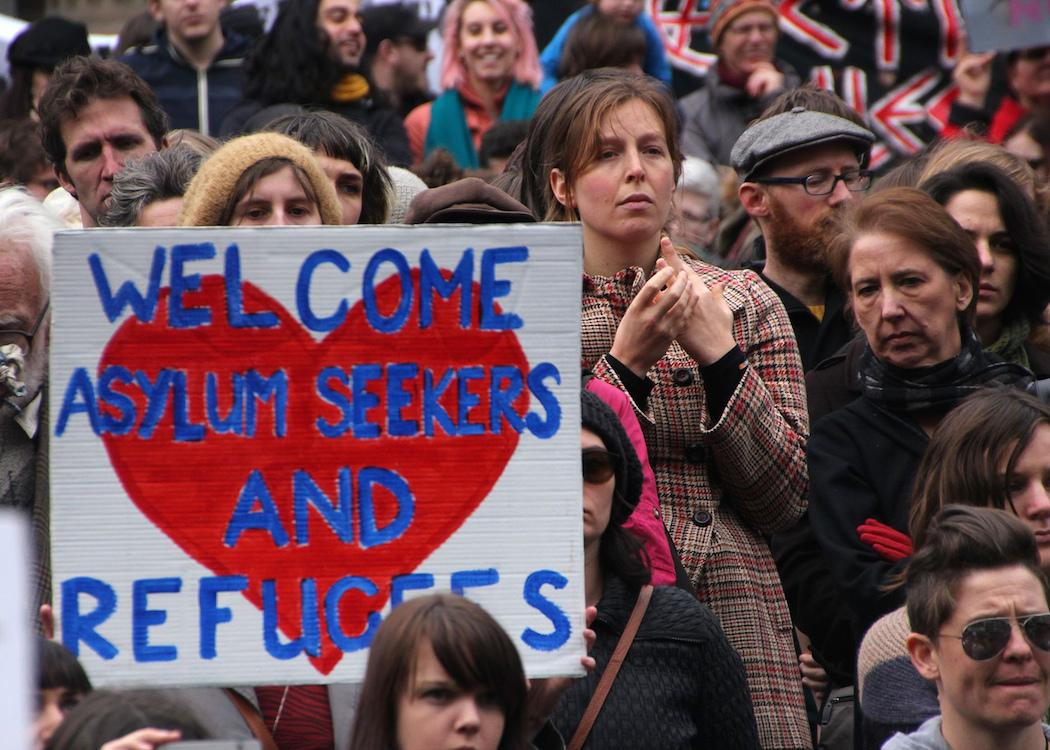 Protests aim to stop deportation of Lord Apetsi, student and father of two,

LORD APETSI, a Glaswegian father of two and asylum rights activist, faces deportation from the UK tomorrow due to “human error” in the asylum process.

Apetsi, who has lived in the UK for nine years while brining up his family, is currently detained by the UK Home Office and is due to be flown out from Stanstead Airport tomorrow [Tuesday 22 March] at 11am to Ghana where he was born.

His detention, which follows his recent election as National Union of Students Scotland executive officer for refugees and asylum seekers, has caused outrage among friends and colleagues who have launched a campaign and emergency protest to ‘#SaveLord’.

A protest will take place outside the UK Home Office in London at 1pm today, followed by a 3pm protest in Edinburgh outside the ‘UK Government in Scotland’ offices.

“I am worried for the future of our student who is currently sitting in detention away from his children and his family, he has a right to the future he was building in Glasgow and should not be facing deportation after nine years of life in this country.” Raj Jeyraj

Gary Paterson, president of the University of Strathclyde Students’ Association said: “After a human error in the application process Lord, who has lived in the UK for 9 years and has grown a life and a family up around Glasgow and our university, was detained and moved down to England where he now faces a perilous future ripped apart from his children against human rights legislation.

“Lord is deeply commitment to education and his role as a representative of students at Strathclyde, and was successfully building the future for him and his children on our campus, we are appalled that this has been ripped away from him due to a minor error. We are calling on the UK Government to reverse this decision, to uphold his human rights, and to see him returned back to our campus so that he can continue to build his future and support his children.”

“We are travelling down to London, and will be staying there for the coming days to protest the Home Office in Westminster, and seek to make representations and contact with our student who has been told will be forced to leave his home of 9 years and his children for an uncertain future in Ghana.”

Apetsi’s recent election at NUS was part of his efforts to contribute to the wider student and asylum community in Glasgow.

Raj Jeyraj, Vice President Diversity and President-Elect of the University of Strathclyde Students’ Association said: “I am worried for the future of our student who is currently sitting in detention away from his children and his family, he has a right to the future he was building in Glasgow and should not be facing deportation after nine years of life in this country.

“Lord has been an exceptional student and ambassador for the students union. He has been shortlisted for volunteer of the year, set up a job enterprise society which provided part time, and casual work for over 62 students, started and led three societies, facilitated seven more to be set up, and is highly involved. He has helped multiple individuals in university when they are lost or unsure. Students always get motivated after speaking to him.

“As an international student myself, I have seen how difficult the process is to be here, and Lord is here because he is seeking asylum for his safety and for the future he has been building as a refugee and asylum seeking student at the University of Strathclyde. We call on the government to back up Lord’s rights and return him home to Glasgow.”

Apetsi was detained ten days ago in Glasgow and transported south to prisons in Lincolnshire and Oxford, before being held in detention at Gatwick Airport.

Vonnie Sandlan, President of NUS Scotland said: “We’re deeply concerned for Lord’s well-being if he is forcibly deported. This case reveals the shocking and degrading inadequacies of our asylum and immigration system, and is sadly far from an isolated example. Lord is just one of countless people who are let down every year by a system that should to protect them, but instead condemns them to inhumane treatment and an uncertain future.”

The Apetsi case coincides with an ongoing investigation into the mistreatment of asylum seekers in housing schemes organised by the UK Home Office.

A Home Office spokesperson told CommonSpace: “All asylum applications are carefully considered on their individual merits, in line with the UK immigration rules.”