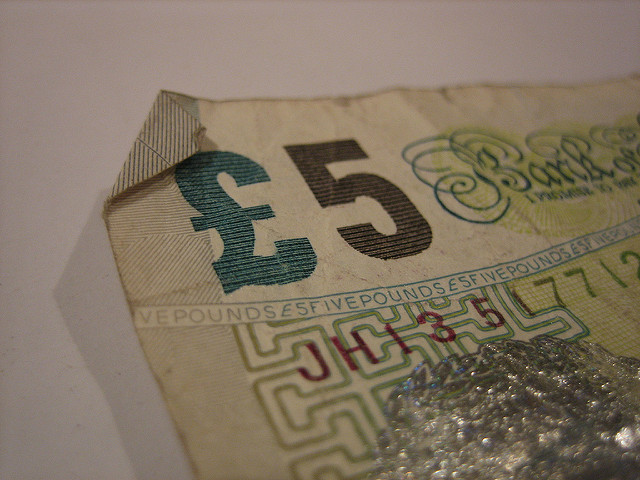 TAX and finance experts have told CommonSpace that a claim that up to £300bn would be needed for an independent Scotland’s foreign currency reserves is a “scare story”.

The figure was identified by Professor Ronald Macdonald of the Glasgow University Business School who said anywhere between £30 billion to £300 billion in foreign currency reserves would be needed. He told the Daily Telegraph: “Scotland’s proportion of Bank of England reserves is small beer compared to what would be needed…everything in the economy has to be backed up by reserves.”

Proportional comparisons with countries like Sweden and Denmark – which are in the EU and have their own currency – suggest an independent Scotland would have foreign currency reserves of £18 billion and £21.5 billion respectively.

REBUTTAL: Why silly figures for what an independent Scotland would need to protect its currency misunderstand modern money

Peter Ryan, a IT and finance expert who authored a paper for the Common Weal think-tank on an independent Scotland’s foreign currency reserves, told CommonSpace that Macdonald’s argument appeared to be “without any real analysis behind it”.

“This looks like a scare story without any real analysis behind it. He seems to have picked out a couple of countries to give a wide range of reserve values to create some worrying numbers (and the use of Norway is spurious as Norway has such a large sovereign wealth fund that no-one would seriously try and attack its currency).

“I have always felt Denmark is the best analogy for Scotland (Denmark has foreign currency reserves of around £40 billion which is why I used that figure in my paper and also Denmark keeps the Danish  Krone rate within a narrow range with the Euro).

“Any analysis needs to start with what you want your reserves for. Unless you have done this analysis then you cannot come up with a sensible figure.

“One thing stories like this always forget is that Scotland would not face any currency threat alone. Just as after Japan’s 2011 earthquake the Fed, the ECB and the Bank of England (among others) supported the Yen, if there was any attack on a Scottish currency then it would make sense for the Bank of England to support it to protect UK financial services.

“For example if I have a £100,000 mortgage with a UK bank then after independence this would get converted to £100,000 Scots. However the UK bank would still have a Sterling balance sheet. If the Scottish currency fell 10 per cent against Sterling then the UK bank has made a £10,000 loss on the mortgage.

“If you multiply that across the millions of loans taken out by Scottish residents with UK banks then the UK would have a banking crisis.”

Richard Murphy, professor of practise in international political economy, said Macdonald’s argument “made no sense”, and missed the huge possibilities from having a free-floating independent currency, which would give an independent Scotland full control over monetary powers.

Murphy also warned that with the publication of the Growth Commission on the economics of an independent Scotland tomorrow [25 May], more scare stories were likely.

“This analysis makes no sense,” Murphy said. “Of course Scotland would need foreign reserves if it pegged its currency to that of another country. But the whole point is that Scotland must not do that, must let its currency float and it must issue its government debt only in its own currency.

“Then any need for reserves Scotland might have would be more than covered by its share of UK reserves owed to it. This is simply a scare story based on nonsensical assumptions. Unfortunately there will be a lot of those over the days to come.”

Murphy has published his own tax white paper for an independent Scotland, in which he argues a free-floating currency would be essential to have an economically effective and socially just tax system.