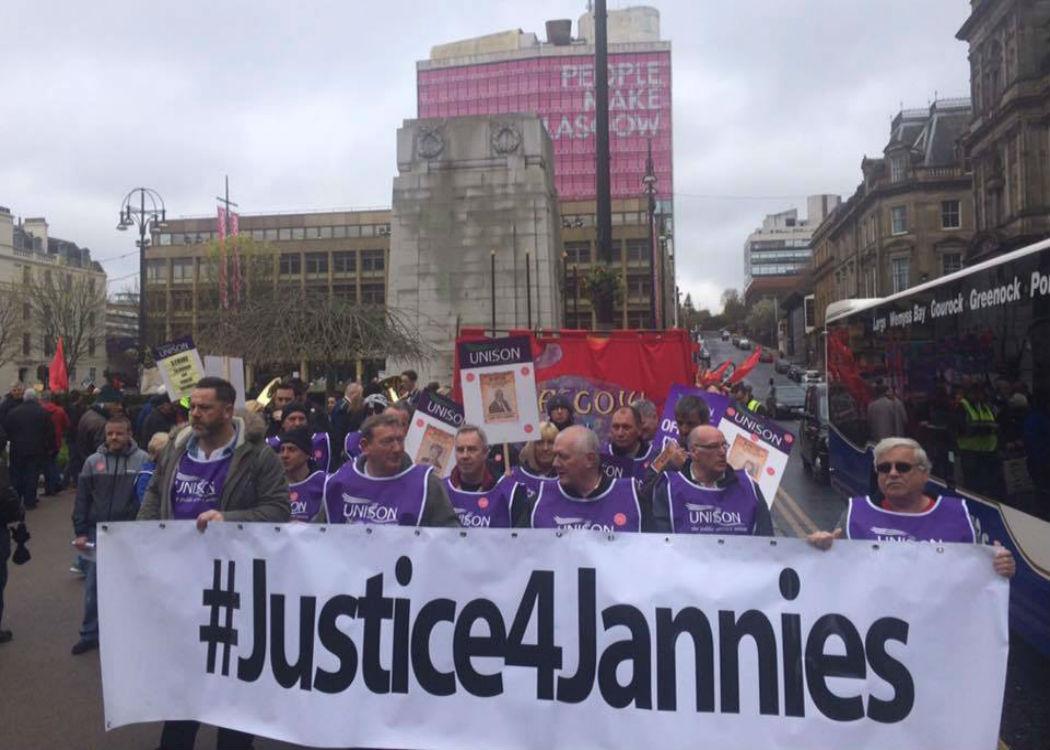 GLASGOW JANITORS are preparing five straight days of strike action at schools and other facilities across Glasgow beginning on Monday 16 May, in an ongoing dispute over pay for special duties.

The janitors have been taking industrial action since 19 January against their employer Cordia, an arms-length company of Glasgow City Council, over pay for special duties which are dangerous or unpleasant, such as the disposal of dangerous materials, for which other council employees are paid but janitors are not.

Ahead of the strike, the Unison trade union that organises the janitors is calling on Glasgow’s newly elected MSPs to support the campaign

“We will be asking Glasgow’s newly elected MSPs to support the Justice4Jannies campaign.”

According to Unison, Cordia are still refusing to enter talks to end the dispute.

The special duties performed by the janitors include the clean-up of broken glass and drugs paraphernalia as well as animal and human waste.

Unison has claimed that that Cordia are spending PS3000 a day attempting to cover the janitor’s duties with non-unionised workers and break the effectiveness of the industrial action.

Despite attempts to break the industrial action, which began in January with non-unionised workers covering boycotted duties, Unison has warned parents at affected schools that essential duties are not being performed.

They calculate that PS200,000 has been spent by the council since 19 January, well in excess of the PS150,000 per year they calculate would be spent on extra payments for special duties.

Previous strike days by the janitors have seen protests at both Glasgow City Council and the Cordia offices in Glasgow city centre. Unison plan to repeat these protests for the five day long strike.