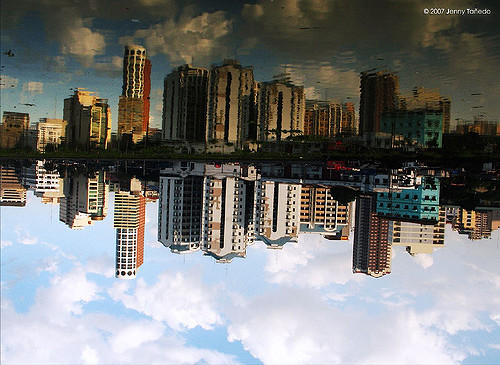 Paper for UN sustainability report says economic solutions within the “neoclassical school”, based on balanced state budgets and carbon pricing, will not deliver the rapid transition needed

A GROUP of independent scientists have published a paper arguing markets “cannot accomplish the task” of delivering the rapid economic transition needed to stop planetary crisis from catastrophic climate change, proposing a new model which can transcend the dominance of current economic orthodoxy.

The paper, published by six Finnish academics earlier this month, has been written for the 2019 UN Global Sustainable Development Report, which will look at the economic transformation needed in the economy to deliver ecological sustainability.

It comes at the end of a global summer heatwave which has raised anxieties about the pace of climate change, which scientists believe is occurring at a much faster speed than previously thought.

ANALYSIS: As the horror of climate change begins to surface, can we stop sleepwalking into oblivion?

Hopes were raised that the global order may get to grips with climate change after the landmark Paris Agreement, but the subsequent year saw emissions rise and the world’s largest economy, the US, then leave the Agreement, which is not binding on governments.

The paper argues that the global economic system is based on “dominant economic theories, approaches, and models” which “were developed during the era of energetic and material abundance”, an era that is rapidly ending.

“The economic models which inform political decision-making in rich countries almost completely disregard the energetic and material dimensions of the economy,” they write, adding: “No widely applicable economic models have been developed specifically for the upcoming era.”

The scale of the change required and the speed at which it must happen is an enormous transition.

The planet needs “to transform the ways in which energy, transport, food, and housing are produced and consumed. The result should be production and consumption that provides decent opportunities for a good life while dramatically reducing the burden on natural ecosystems. In terms of greenhouse gases, global net emissions should be zero around 2050 – in Europe and the US by around 2040.”

In the four areas identified – energy, transport, food and housing – fundamental changes in the organisation of social life will be necessary, the scientists write.

– Energy: Global energy use needs to reduce; it will be necessary but not sufficient to transition current energy systems, 80 per cent of which are still based on fossil fuels, to renewables.

– Transport: In cities walking and biking will have to be emphasised, and between cities “largely electrified”. International freight transport and aviation “cannot continue to grow”.

– Food: The current system of large amounts of food being imported will have to end, as it will be “too risky to rely on the functioning of only a few main food production areas in the future”. This will have to involve ending food as a “commodity market” and dairy and meat diets consumption habits shifting to “largely plant-based diets”.

– Housing: Homes will have to move away from concrete and steel and towards wood-based buildings, while heating will be part of the necessary change in energy systems mentioned above.

To deliver this, the scientists are clear that “markets cannot accomplish the task” of such a rapid economic transition, arguing that even high priced carbon pricing will not be able to organise the required level of transition needed.

“There must be a comprehensive vision and closely coordinated plans. Otherwise, a rapid system-level transformation toward global sustainability goals is inconceivable,” the paper states.

Opposing the need for state balanced budgets and low public deficits to ensure economic stability, the scientists argue that this view, associated with the “neoclassical school” of economic thought, must be transcended if economic sustainability is to be viable.

“If we switch to another theoretical lens, looking at the economy from another perspective, these arguments lose their effect. The theoretical move is analogous to a shift from a focus on individual cognition to social or structural dimensions of human behavior, where we begin to see that individual wants, for example, are not merely individual but are produced or conditioned by a set of extra-individual dimensions. This kind of theoretical shift is a normal procedure for any student of the social or human sciences,” they write.

MMT scholars “emphasise the economic role of states or unions of states with their own currencies and central banks. A central claim of these scholars is that states can never run out of their own currency. Unlike natural, social, and technological resources, sovereign currencies are not a limiting factor in collective action such as the transition to sustainability.”

One policy commonly associated with the MMT school, a job guarantee scheme which would ensure full employment, is highlighted for its rapid green transition potential:

“The most suitable jobs for the program would be those that almost anyone can do with limited training. The jobs could be modelled to serve the transition to sustainability and to build capacities to adapt to climate change: for example, installing decentralised energy solutions and preparing for floods. In addition to triggering the transition, the job guarantee would ensure full employment. It would lessen insecurity and the need to compete for environmentally destructive jobs on the individual and the collective level.”

The scientists go on to highlight the fact that China’s rapid economic transition over the past 25 years has “not been held back by the ideas of minimum state intervention or a balanced budget”.

What would such a world economy look like? The scientists have a clear vision for a “Keynesian world with planetary boundaries”: “Unique, autonomous economies and societies engaging in regulated international trade for specific reasons, such as food security, rather than for the sake of free trade as a principle. Individuals, organizations, and nations would approach the economy as a tool to enable a good life rather than as an end in itself. Economic activity will gain meaning not by achieving economic growth but by rebuilding infrastructure and practices toward a post-fossil fuel world with a radically smaller burden on natural ecosystems.”

The scientists are clear that this model “runs contrary to the currently dominant world political order” and that therefore “the most likely option for initiating transitions to sustainability would be for a group of progressive states to take the lead”.

“This would require economic thinking that enables large public investment programs on the one hand and strong regulation and environmental caps on the other. In the modern global economy, states are the only actors that have the legitimacy and capacity to fund and organize large-scale transitions,” they conclude.