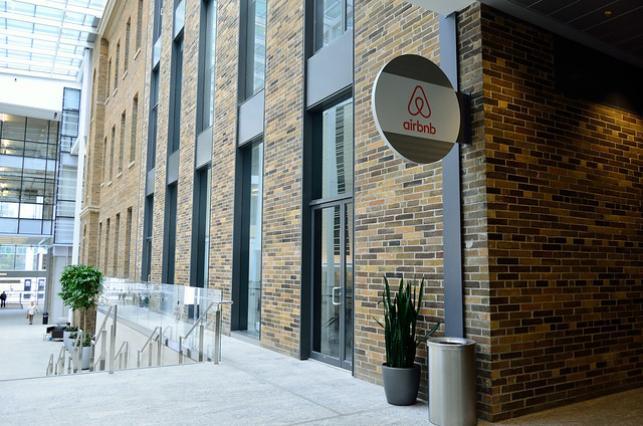 Living Rent, who launched the legal action on behalf of their members, has said the victory will provide the “legal precedent will empower tenants to fight back”.

The case related to the landlord’s failure to protect the tenants’ deposit. Landlords are required by law to protect deposits in a third-party scheme, but the landlord in this case argued that the lease was a holiday-let, which meant he was exempt from doing this.

The landlord had required the tenants to sign a ‘holiday let’ lease, but this was thrown out by the court and he was issued the maximum possible fine.

Gordon Maloney, who led the case for Living Rent, said: “This case is an important victory for tenants and sets a clear precedent: landlords cannot simply pick and choose which laws apply to them, and no amount of coercing tenants into signing sham leases can change that.

“We know there are other landlords in Edinburgh doing the same thing, and this should be a warning to them that the gig is up.”

Maloney said that the case underlined “the urgent need for further regulation and clarity on holiday-lets” and called for action from the Scottish Government.

He added: “People shouldn’t have to be experts on Scottish housing law in order to find somewhere safe to live, and it should not have required tenants to undertake ten months of legal action to get this verdict.

“If the government is serious about protecting tenants, they need to regulate and crack down on holiday lets now to avoid anything like this ever happening again.”

Scottish Greens MSP Andy Wightman proposed an ultimately unsuccessful amendment proposing greater regulation of short-term lets within the Planning Bill, which passed through the Scottish Parliament this summer. The amendment was opposed by the SNP and Scottish Conservatives.

READ MORE: 5 conclusions from the passage of the #PlanningBill

Following the ruling in the Living Rent case, Wightman told CommonSpace: “There is an urgent need for greater clarity around short term ‘holiday’ lets.

“I sought to introduce simple planning rules during the passage of the Planning Bill but this was opposed by the SNP and Tories who preferred to allow the current, chaotic situation to continue.

“I am fed up with the slow pace of reform which is inflicting misery on my constituents as a result of the proliferation of short term lets in Edinburgh.

“While I welcome the decision of the court in this instance, it seems that landlords will generally be allowed to continue unhindered, given the SNP government’s reluctance to introduce tougher controls.”

Living Rent published a report on “sham holiday lets” earlier this year which suggested that a significant number of landlords in Edinburgh were using holiday-let leases inappropriately in order to avoid regulation and legal responsibilities.

Under holiday-let leases, tenants are not provided the same protections in terms of eviction, deposit deductions, and health and safety regulations, including House in Multiple Occupation (HMO) licences.

Holiday-let landlords are also not required to register as landlords, meaning that people who have been struck off the landlord register could continue to rent properties as holiday lets.

The Living Rent report called on the Scottish Government to limit the length of holiday lets to no more than 31 days, limit how many days of the year a property can be rented out as a holiday let, require holiday let landlords to register, and require third-party companies, such as Airbnb or Edinburgh Party Lets, to register in the same way as normal letting agents.

Jac, one of the tenants involved in the case which concluded this week, commented: “This case has clearly shown that many landlords will do anything in their power to avoid their responsibilities and disregard tenants’ rights.

“The choice to try and make this flat a ‘holiday let’ was a very conscious choice by the landlord, who wasn’t even registered, to rip-off tenants without having to face any legal repercussions.

“Luckily in our case, the landlord also under-estimated how powerful the tenants can be when they fight together.”

Andy Wightman’s amendment to the Planning Bill would have seen holiday-let landlords have to apply for permission to change the property’s legal status with planning authorities, who would then make a decision based at least partly on the needs of the local community.

Explaining the Scottish Government’s decision to oppose Andy Wightman’s amendment on regulating short-term lets earlier this year, housing minister Kevin Stewart said he was “very aware” of the concerns over short-term lets but said that this needed to be balanced with “the economic benefits of the tourism industry”. He argued that Wightman’s proposals would cost planning authorities and councils over £5 million.

The Scottish Government ran a consultation between April and July of this year on regulating short-term letting firms (as opposed to regulating their use in the housing stock), and will publish the responses this Autumn before analysing the findings and considering its next steps.