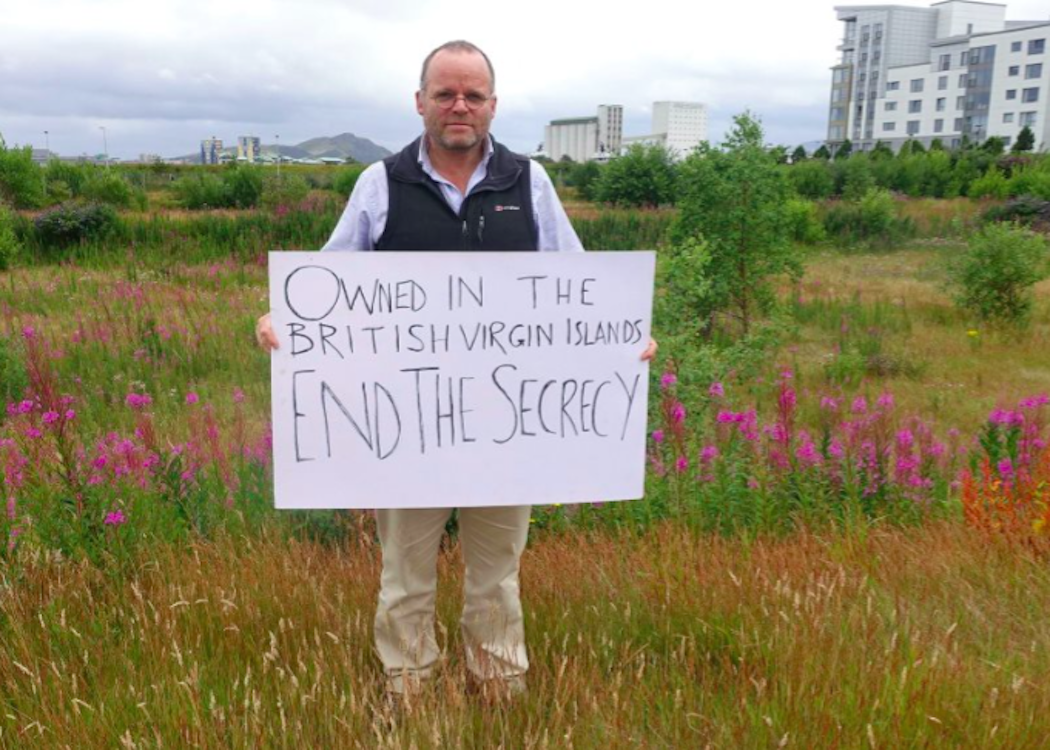 Despite popular campaign and committee recommendations, tax haven restrictions will not be included in bill

AN OVERDUE land reform report from the Scottish Government has categorically refused to bring back a proposal which campaigners say would have tackled the phenomenon of Scottish land being owned in offshore tax havens.

Dropped from the first draft of the bill despite 79 per cent support from the public , the proposal would have meant that only companies registered in an EU member state would be able to buy land in Scotland. Campaigners argued that this would improve transparency and accountability in land ownership, as it would prevent land being held in secretive offshore tax havens such as the Cayman Islands.

Though the Rural Affairs, Climate Change and Environment (RACCE) Committee which was scrutinising the Land Reform Bill over the course of the year, recommended this proposal be re-instated in their December report, the Scottish Government have now revealed that this will not happen.

The Scottish Government’s response to these recommendations, released yesterday (6 January) was considerably overdue, meaning that MSPs’ chance to debate the bill on 16th December took place without full knowledge of the government’s position.

Campaigner and researcher Andy Wightman disagrees with the government’s position. Talking to Commonspace, he said: “Ministers claim that to impose [this] restriction would be outwith the competence of the Scottish Parliament but have consistently failed to say exactly why this would be the case. They have advanced no new arguments as to why this sensible proposal should not be enacted and have, instead, proposed a meaningless power to ask questions to companies in tax havens who are under no obligation whatsoever to answer them.”

An investigation by Private Eye in 2015 found that at least 750,000 acres of Scottish land were owned in offshore tax havens, which Wightman called “scandalous”. Property in London is increasingly being bought up by offshore trusts too, leading to serious concerns about money laundering and corruption as well as the growing phenomenon of whole streets of empty homes .

Dropping the proposal means the UK Government now has a better record of tackling tax haven ownership than the Scottish Government does.

In recent months the push to strengthen the land reform bill has been led by both SNP members and campaign groups such as Our Land . Online petition site 38 Degrees has also been involved, and in a campaign email the organisation stated: “This isn’t about hills, history or complex legal arguments. It’s about tax-dodging, homelessness and real hardship faced by real people here and now.”

Responding to the Scottish Government’s announcement, 38 Degrees’ Scotland organiser Stewart Kirkpatrick told Commonspace that land reform was a chance for the SNP to “demonstrate their progressive credentials”. He added: “It would be an enormous missed opportunity if they won’t even go so far as to let us know who benefits from owning land in Scotland.”

During the Stage one Parliamentary debate in December, when MSPs had a chance to debate the draft bill, Cabinet Secretary Richard Lochhead said: “The bill is not a one-off, and it is not a quick fix. It does not have all the answers, but it will implement effective and radical land reform.”