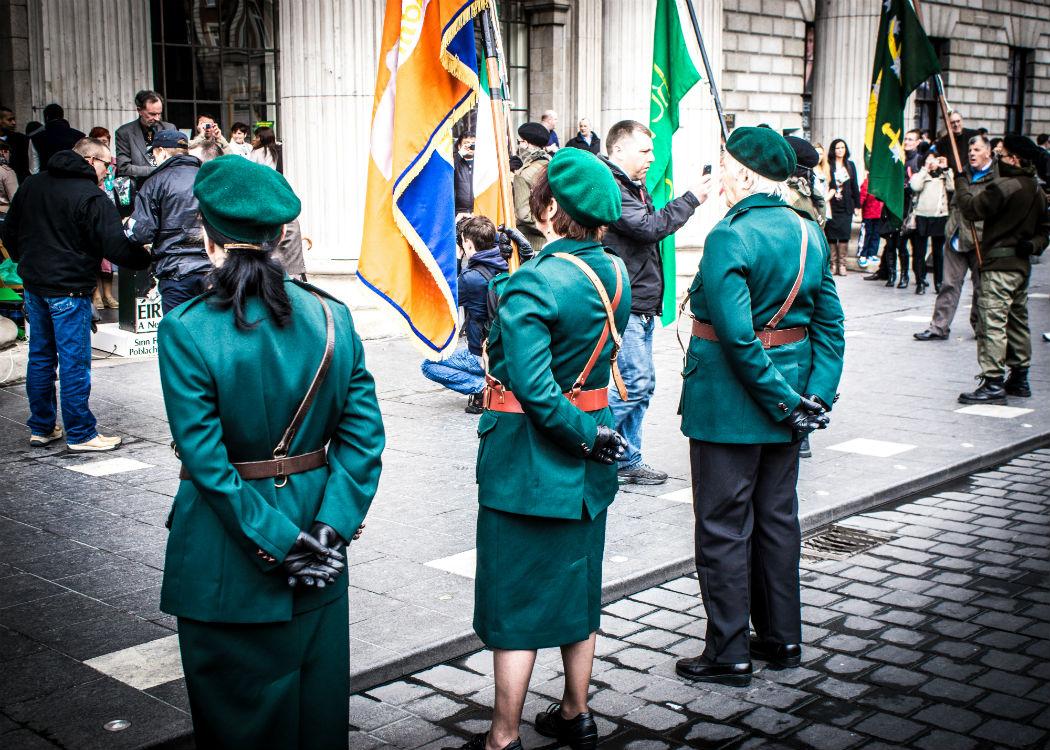 Scotland has a complex and controversial relationship with Irish history, but according to the author of a new book on the Easter Rising, the Scottish independence referendum could be a marker for change

The Glasgow University-based academic, who has edited, co-edited and written more than a dozen books, is one of Scotland’s most important modern literary figures.

He owes that reputation in some part to his interest in Irish culture and its relationships to his native Scotland. His latest book, Scotland and the Easter Rising, co-edited with Kirsty Lusk and featuring a range of essays from some of Scotland’s most celebrated writers and reserchers including Irvine Welsh, Alan Bissett, Alison O’Malley-Younger, Maria-Daniella Dick, Owen Dudley Edwards and the late Ian Bell, should add to that reputation.

The book, published by Luath Press, represents an eclectic appraisal of nationalism, socialism, republicanism, Ireland and Scotland past and present with an eye and an ear to the 2014 referendum.

The collection tries to repair some of the submerged history between Scotland and republican Ireland. It reanimates the contributions of Scots to the uprising in Ireland in 1916, through the personages of Cowgate-born communist republican James Connolly and the oft forgotten Coatbridge rebel Margaret Skinnider.

For six days between 24-29 April 1916, Irish republicans staged a spectacular armed insurrection, mostly concentrated in Dublin, then the second city of the British Empire. It launched the Irish national revolution proper, and struck one of the first blows against Britain’s sprawling colonial reach.

“As the late Ian Bell points out in his contribution to Scotland and the Easter Rising, Connolly was notable by his absence from debate and discussion.” Professor Willy Maley

Ninety-eight years later, the Scottish independence referendum represented for some, including left-wing nationalist stalwart Jim Sillars, a challenge to what he called “the tail end of the British/English Empire”.

With just 100 years and a thin stretch of sea separating the two landmarks, why does Maley feel so few valuable comparisons have been drawn between the two independence movements?

He says: “I don’t think there was any real historical basis or analysis to Irish-Scottish comparisons during 2014. As the late Ian Bell points out in his contribution to Scotland and the Easter Rising, Connolly was notable by his absence from debate and discussion.

“There was a book published 30 years ago called A Lost Left: Three Studies in Socialism and Nationalism. The three socialists that the author, David Howell, suggested were lost to us were James Connolly, John Maclean and John Wheatley. All three had connections with Ireland or important things to say about that country as well as Scotland. It would do us good to recover our “lost left” and to forge links with progressive elements in Ireland.”

A long and bloody 20th century for Ireland involved Britain and its colonial legacy as a key protagonist, and had cultural and political ramifications for the Irish diaspora living in Scotland’s cities.

Irish Scots were for many decades a community under suspicion. Catholics often found themselves debarred from jobs across many industries. The relative decline of a culture of anti-Catholic discrimination in Scotland was stymeid in the 1970s and 1980s by the onset of The Troubles in Northern Ireland and a prejudice that the Irish were a potentially violent and disloyal social element.

Timidity around Irish history, and its vexed relationship with Scotland is then, Maley claims, the key reason for its omission from Scotland’s national debate.

“As James Joyce observed ironically, it seems ‘history is to blame’ for Ireland’s tragic circumstances, and so the best way to fix the problem is to do away with history. This has had a knock-on effect in Scotland. The independence campaign, even at its most radical, did not seriously attempt to make use of the Irish example,” Maley adds.

“James Joyce observed ironically, it seems ‘history is to blame’ for Ireland’s tragic circumstances. This has had a knock-on effect in Scotland.” Professor Willey Maley

Despite this, the influence of the independence referendum has the potential to change the way we discuss Irish history.

Maley says: “While it’s true to say that Ireland hasn’t always had a fair hearing in Scotland this has been largely due to the influence of the British media. The peace process and the national conversation that happened around the 2014 referendum have changed things. Corporate media is losing the grip it has had, and with the rise of social media – and sites like CommonSpace – the long history of negative representations and stereotypes is yielding to more varied views.”

These changes are so extensive, that Maley predicts there could be official recognition of the Easter Rising centenary in Scotland, something unimaginable decades or even years ago.

He says: “Former Justice Minister Kenny MacAskill has called for the Easter Rising to be marked in Scotland and he has support from Labour in this regard. I expect the Scottish Government to recognise the significance of the events of Easter Week 1916 while making clear that Scotland’s road to independence will be peaceful, positive and not partial or premised on violence.”

Scotland and the Easter Rising, edited by Kirsty Lusk and Willey Maley, is Published by Luath Press and can be purchased here .
CommonSpace journalism is completely free from the influence of advertisers and is only possible with your continued support. Please contribute a monthly amount towards our costs. Build the Scotland you want to live in – support our new media.
Picture courtesy of William Murphy
Common Space
Archive
Share Article: