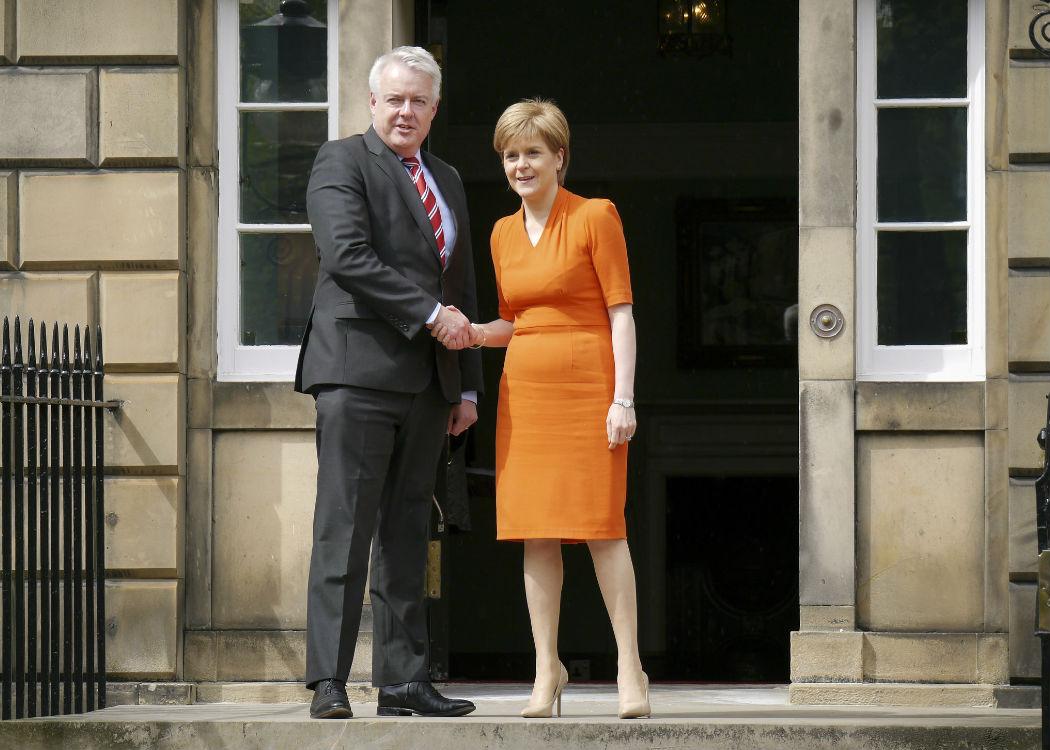 SCOTLAND’S First Minister Nicola Sturgeon today met with the First Minister of Wales Carwyn Jones and the pair have pledged to work together to oppose the Tories plans to repeal the Human Rights Act.

David Cameron wants to scrap the Human Rights Act and assert the supremacy of the UK’s supreme court over the European court of human rights in Strasbourg.

However, the plans have even been met with resistance from within the Conservative party and now the two leaders of the UK’s devolved nations have agreed to “do everything we can to resist” the proposals.

“The UK Government’s proposal to repeal the Human Rights Act sends out a message to the world that the UK is not a place that prioritises and respects international standards in human rights,” a joint statement read, following a meeting at Bute House in Edinburgh.

It continued: “It is also clear that UK Ministers have given absolutely no thought to the implications of such a move for devolved government in the UK, with human rights being embedded in the devolution settlements of Wales and Scotland and in the Good FridayAgreement.

“Both our governments are fundamentally opposed to this regressive move and will do everything we can to resist it.”

In addition to agreeing to jointly oppose the scrapping of the human rights legislation, Sturgeon and Jones also committed both nations to make a positive case for staying in the EU and to fighting the UK government’s austerity agenda.

Scotland’s First Minister of Scotland Nicola Sturgeon said: “I am committed to working alongside Wales to fight any abolition of the Human Rights Act, protect our membership of the EU and work together to ensure that the UK Government listens to the views of the devolved administrations.”

First Minister of Wales Carwyn Jones said that it would be “wholly wrong” to repeal the Human Rights Act without the consent of Scotland and Wales.

“I am also concerned of the effect on Wales if there was a vote to leave the EU but Wales voted to stay. It was useful to discuss the constitutional effects on both Wales and Scotland of a potential UK exit, without support in the four nations,” he added .