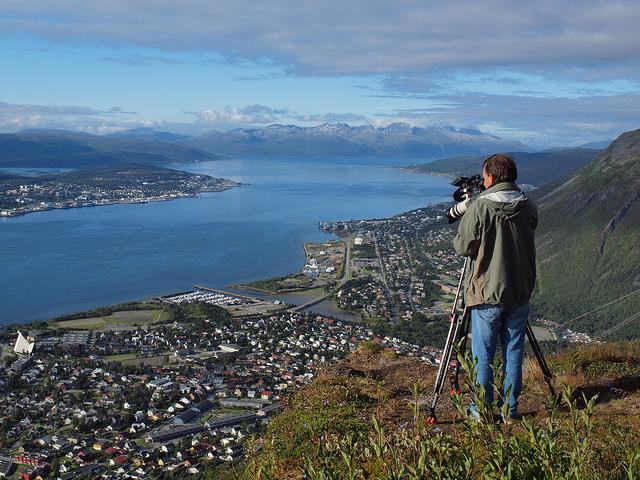 THE digital mapping of Scotland’s land ownership can take lessons from Norway’s model of information sharing, according to speakers at an Edinburgh conference on land reform.

Trude B-J Margel, head of the global enterprise division at Ambita, explained the benefits of maintaining an open land data system. Ambita operates a digital system on behalf of the Norwegian Government.

“This has significantly improved the efficiency of land and mortgage registration through seamless digital services between estate agents, banks, buyers and sellers with Ambita’s eConvencying system.

“An efficient land information system has direct benefits for users and to society as a whole. The most direct benefit of having a digitised system is the reduced cost and time of processing requests.”

Margel pointed to Scotland’s close relationship with Norway as a foundation for advising on improving digital, land registration.

Access to a public land registry forms part of a wider programme of land reform.

The Scottish Government will present a Land Reform Bill to the Scottish Parliament to support greater community ownership, establish a land reform commission, and potentially provide the power to intervene in land development in the public interest.

Campaign organisations – such as the Scottish Land Action Movement (Slam) and Birnam land reform conference – challenged the government to go further and speed up progress towards a more equal land system.

The land systems of other European countries are distinct from Scotland, often due to their roots from periods of redistributive revolutionary history.

Land researcher and author Andy Wightman previously pointed to Norway as an example of owner-occupiers, compared to tenancy farm contracts in Scotland: “In Norway, for example, in a country of owner-occupiers where tenant farmers as we recognise them in Scotland don’t exist, tenanted agricultural land has increased from 20 per cent in 1979 to over 42 per cent in 2010.” (Click here to read more.)

Broadcaster Lesley Riddoch, another advocate of learning from Nordic political experiences, has highlighted Norway’s 429,000 second homes as a positive cultural model for land ownership and use.

“Hiking, fishing, ski-ing and hunting are part of the Norwegian ideal – to lead a simple life outdoors (friluftsliv). That ideal is made possible by having a hytte (second rural home) – and that’s made possible by the historic absence of large aristocratic estates. Norway is one of the world’s most equal societies, but having a second home isn’t regarded as elitist, greedy or wasteful. The hytte is the permanent family home – in contrast to “temporary” first homes which change many times over a lifetime to suit the changing demands of work, family and finance,” Riddoch said. (Click here to read more.)

A report by Oslo Economices – the socioeconomic benefits of a digitised and integrated land registration system – identified $220m of savings from Norway’s digital land system.