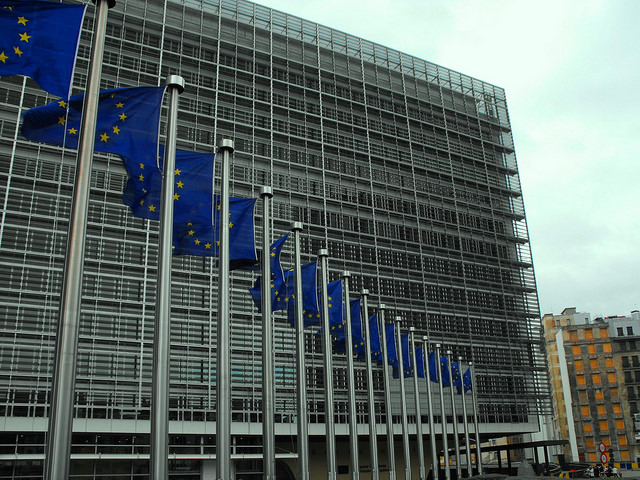 FOCUS on the possibility of special Brexit deals for Northern Ireland, Scotland, Wales and even London are distracting attention from opposition to Brexit itself, European policy expert Dr Kirsty Hughes has told CommonSpace.

The director, chair and board member of the Scottish Centre on European Relations (SCER), Dr Hughes spoke to CommonSpace following First Minister Nicola Sturgeon’s statement that Scotland should be allowed to “effectively stay in the single market” following reports that both Northern Ireland and the Republic of Ireland could maintain ‘regulatory alignment’ following Brexit.

Similar calls were also made by Welsh First Minister Carwyn Jones and London mayor Sadiq Khan, both of whom have also demanded bespoke Brexit deals.

Asked whether she regarded such a bespoke deal for Scotland as a likely possibility, Dr Hughes answered: “No, I don’t think it’s likely. It’s interesting to see the Tories rallying around the idea that we mustn’t divide the UK in any way. Right now, that makes it more difficult for them to have a special deal for Northern Ireland, but it highlights the problems for Scotland if it goes ‘me too, me too’. Wales and London went ‘me too’ as well, and that starts to look a bit silly – I’ve been calling it a patchwork Brexit. I don’t think the EU would entertain that.

Dr Hughes went on the elaborate about the potential difficulties of such a “patchwork” arrangement: “If you imagine that happening, then you’d have Northern Ireland would have one type of border with England and Wales – assuming Wales didn’t have a special deal – because England and Wales would be outside of both the single market and customs union. They would then have a different border with Scotland, because they’d both be in the single market but Scotland wouldn’t be in the customs union. And Scotland would have yet another type of border with England and Wales… It hits complexity so fast.

“I think this current stand-off is an opportunity for Scotland to make a stronger case against Brexit.” SCER chair Dr Kirsty Hughes

“That’s not to be overly critical of Nicola Sturgeon. The Scottish Government developed its proposal over a year ago: it’s consistent, it’s reasonable, it’s less damaging to be in the single market than not, but I think the developments of the past few days have made it look more implausible.”

Dr Hughes’ wider criticism is of the line the SNP has taken on Brexit, which she believes is insufficiently focused on preventing it from occurring. “The thing that I’ve found frustrating about the SNP’s stance is that they’re much keener to talk about the UK staying in the single market and customs union than to say ‘We should halt Brexit’. They will say in passing that it would be better if this didn’t happen, but they’re not giving any real lead on that. Obviously, Labour isn’t, and the Lib Dems want a second referendum, but they want it after there’s a deal.

“There’s more support in Scotland for a second EU referendum than in the UK as a whole. I think this current stand-off is an opportunity for Scotland to make a stronger case against Brexit, rather than only a case for this super-soft Brexit. But I don’t see that super-soft Brexit as very sustainable. You’d rapidly find, if the UK is in the single market and trade policy of the EU but has no say, you’d find decisions being taken that were against that interests, and that would go down politically very badly.

“The voices saying ‘we really don’t have to go ahead with this’ are very few and far between.”

Both Scottish Tory leader Ruth Davidson and DUP leader Arlene Foster have warned of the potential constitutional instability that might occur if different parts of the UK work under different conditions with regards to the EU, the single market or the customs union. To this view, Dr Hughes is sceptical: “To some extent, this is mythmaking. It’s a UK unionist line that doesn’t really square with the extent of Ireland-Northern Ireland cooperation under the Good Friday Agreement.

“At the same time, I don’t think there’s going to be a border poll, but it’s certainly brought Irish unification back into the conversation in a way people might not have expected a year or two ago. What we’ve seen in Scotland after Nicola Sturgeon called the referendum in March and then backed off, is that the SNP has been waiting to see how much of a mess the Brexit talks get into, and whether opinion might change on independence as a result.

“It’s certainly the case that the UK’s going in a direction that’s not supported in Scotland.” SCER chair Dr Kirsty Hughes

“For me, the problem with that is, independent or not, Scotland – like Ireland – is going to be seriously damaged economically by Brexit. The SNP is concerned about keeping its Yes Leavers onboard, and that means the 68 per cent are not getting fully represented. About half of the 38 per cent who voted Leave were Yes Leavers, so there’s only about one sixth of Scottish voters who actually want Brexit in the UK.

“It’s certainly the case that the UK’s going in a direction that’s not supported in Scotland, and yet that’s given very little attention by London.”