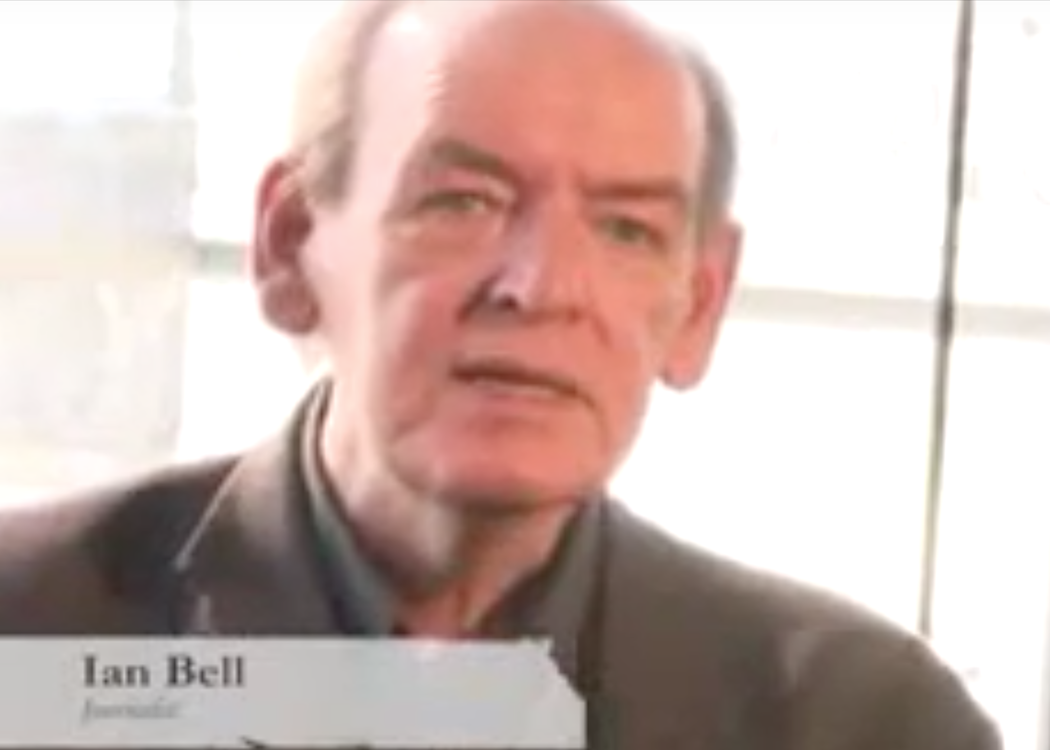 Bell wrote columns with The Herald and The Sunday Herald newspapers, won the Orwell prize for political journalism and was twice Scottish journalist of the year.

His polemics over the decades covered a vast array of issues including politics, peace, equality, history and music.

Tributes to Bell flooded in online and in print following the news of his death at the age of 59.

Following the announcement Magnus Llewellin, editor of The Herald, said: “Ian was a great writer and, more importantly, a great man. His was a vital voice in the national conversation but, more than that, he was a man of profound depth with a hinterland in literature, history and the arts, as demonstrated by the many awards he won as a journalist and author.

“Our thoughts are with his family and his many, many friends.”

Bell is survived by his wife Mandy and son Sean.

In a statement on behalf of the family to The Herald , Sean Bell said: “Our family has lost a husband, a father and a son and Scotland has lost its finest journalist. He set a standard none shall ever reach again yet he inspired us to never stop trying.”

Messages of remembrance were expressed across Scotland’s media and political community including from the first minister Nicola Sturgeon and Bell’s former colleagues.

Editor of The Sunday Herald Neil MacKay said: “Ian Bell was a giant of journalism and a dear friend. It was an inspiration and honour to work with him. My thoughts are with his family

“Ian Bell inspired me as a young writer. He stood for everything journalism is about: telling truth to power. His loss to us all is profound.”

Bell’s work was famous for taking the political establishment to task over war and inequality, while demonstrating a sharp historical awareness of events such as the Easter Rising.

Bell was also interviewed in the 2014 film Scotland Yet, which examined Scotland’s most recent political awakening.

Playwright David Greig said: “It seems such a small consideration in the face of grief, but if ever we needed Ian Bell’s voice and writing, it is in Scotland now.”

Picture courtesy of Scotland Yet