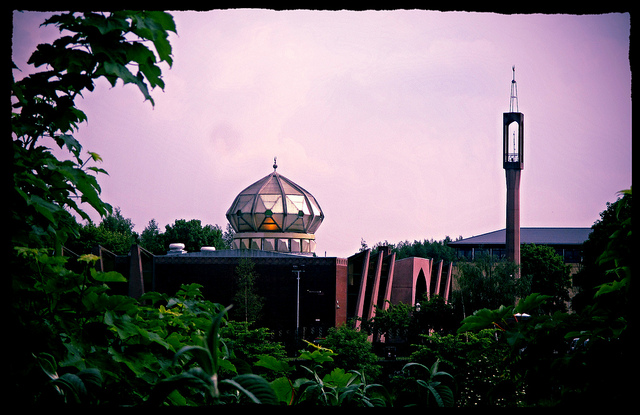 THE SCOTTISH GOVERNMENT stands “in solidarity with Muslim communities across the world” following the Christchurch terrorist attack, and has confirmed it will consider establishing a place of worship security fund similar those already in place in England and Wales

The issue was raised in Holyrood today [19 March] by Labour MSP Anas Sarwar, who asked Communities Secretary what action was being taken by the Scottish Government to provide reassurance to communities in the wake of the devastating shootings in New Zealand, in which 49 people were killed and 48 wounded.

Campbell said: “Our thoughts and condolences are with the victims, their families and communities affected by this dreadful act.

“The First Minister has sent condolences on behalf of Scotland to the Prime Minister of New Zealand. We stand in solidarity with Muslim communities across the world.”

Campbell noted the visit by First Minister Nicola Sturgeon, Justice Secretary Hunza Yousaf and herself to the Glasgow Central Mosque on 15 March, and said they had also been in contact with Muslim communities throughout Scotland to offer “reassurance and our heartfelt support.”

READ MORE: Smina Akhtar: The diary of a Scottish Muslim Woman after the Christchurch Massacre

Campbell also emphasised that Police Scotland have stepped up reassurance patrols around mosques and increased engagement with all the nation’s faith communities, giving advice on how people and places can stay safe in “these troubled times.”

Campbell continued: “We must stand united against Islamophobia and all hate. Everyone should be able to feel safe as they go about their daily lives. Scotland’s diversity is our strength, and we value and appreciate our relationships with our diverse faith communities and welcome their contribution to our society.

After offering his own condolences to the victims of the Christchurch attack and their families, Sarwar added: “This was a devastating and despicable act, and let’s be clear – it was the act of a terrorist. In the aftermath of this latest tragedy, it is important that we unite and work together to confront hatred in all its forms. This is not someone else’s fight – don’t leave it to someone else. This is a fight for all of us.”

Sarwar continued: “I’m sad to say that this tragic attack didn’t surprise me, and it probably didn’t surprise Muslims across the UK and across the world. The ‘us versus them’ rhetoric has been sowing the seeds of hate, and the othering of our fellow citizens has become all too common. Securing our places of worship is one thing; the security and belonging of our homes and our everyday lives is equally, if not more important.”

READ MORE: Beyond the Noise: New Zealand attacks – the problem is Islamophobia

Scottish Green co-convener Patrick Harvie expressed thanks that Sarwar’s questions had allowed the parliament to “stand together with a message of love and solidarity for the people of New Zealand, [and] revulsion not only for the violence, but for the white supremacist values that underpin that violence.”

In a remark that elicited applause from the chamber, Harvie continued: “We also need to acknowledge – admit to ourselves – that as a society we have permitted a situation to develop where our mainstream media is awash with anti-Muslim and anti-immigrant sentiment. Sentiment which is all too often taken up by those in positions of power, who frankly should know better than pandering to those attitudes, and we’ve seen that far too much.”

Campbell replied: “I absolutely would agree that there is a moment where people have to admit that the toxicity of language, not just in the mainstream media, but in many parliamentary chambers across Europe, has allowed that toxic language far too often, and created that culture where things like this will unfortunately happen.”

In particular, Campbell praised Dani Garavelli’s recent article in the Scotsman newspaper, in which the columnist accused those politicians and commentators who she said have “turned Islamophobia into a cottage industry” for displaying hypocrisy in the wake of the Christchurch attack, singling out right-wing publications such as the Spectator, the Daily Mail and Spiked for criticism over the past record “appropriating the language of racists and promulgating their ideologies.”

Sarwar asked if Campbell would urgently consider instituting protections similar to the Places of Worship Security Funding scheme available in England and Wales, under which mosques, churches, temples and other faith-related institutions at risk of hate crime – excepting synagogues, which are covered under a separate scheme – can apply for funding up to £56,000 for equipment such as CCTV cameras, alarms and security lighting. Sarwar went on to ask if the Scottish Government would commit to delivering an equivalent Scottish scheme.

Campbell responded that options for enhancing security at places of worship were explored during the First Minister’s trip to Glasgow Central Mosque last week, including the issues surrounding funding mentioned by Sarwar.

Speaking to BBC News, Omar Afzal from the Muslim Council of Scotland said: “The attack in New Zealand has amplified people’s concerns and the feeling of unease that the Muslim community has had for a long time, around the rise in Islamophobia and the portrayal of Muslims in the media.

“People were absolutely horrified at the scale and brutality of the attack. It happened at such a vulnerable time for the community, at Friday prayers, when the mosques are at their busiest. It’s brought home a real sense of urgency on how we improve mosque security and protect our congregations.”

Yousaf responded by saying: “The first minister and I were both absolutely open minded to that,” said Mr Yousaf. “I will take that on personally. We will do everything we can.

“If it can happen in a place like New Zealand, a country that most people view as open, inclusive and tolerant, then why could it not happen anywhere else?”

“Security at places at worship is an important issue. I’ll see what the government can do to reassure worshippers, regardless of what institution they go to.”

The Muslim Council of Scotland has urged the 80-90 Muslim places of worship in Scotland to review their security following the Christchurch attack. Although Police Scotland have stepped up reassurance patrols around Scottish mosques mosques, Detective Chief Constable Will Kerr said: “There is no intelligence to suggest there is any specific threat to Scotland.”