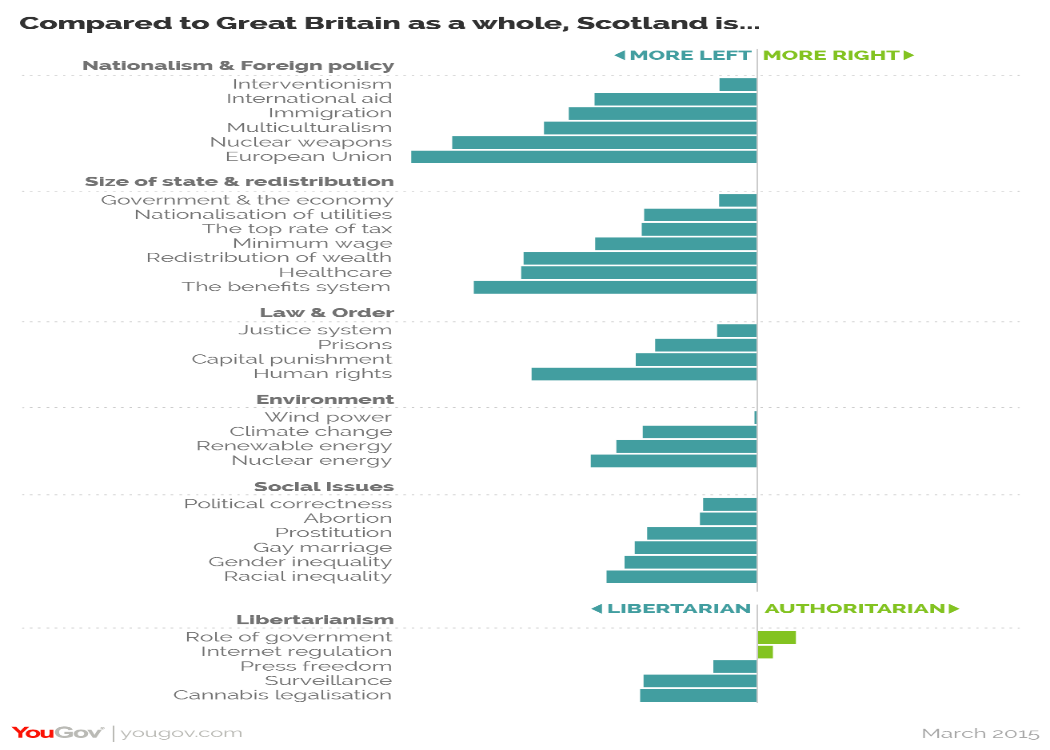 YouGov pollster: ‘No method is perfect, but the trend is clear’

NEW data released by the YouGov polling company shows that Scotland sits to the left of the rest of UK on almost every issue.

The issues polled ranged from gender inequality to the welfare system, and from redistribution of wealth to multiculturalism.

Responses were designed to fall on a five-point scale, from left to right, and on every section, and in every category within each section, Scotland was further to the left than the rest of UK.

Only in the last section on ‘libertarianism’, which was defined not as left and right but as ‘libertarian’ and ‘authoritarian’, was Scotland judged to be more ‘authoritarian’ on two out of the five issues: ‘role of government’ and ‘internet regulation’.

“Of course no method is perfect, and many of these differences are small, but the trend is clear,” YouGov’s assistant editor, William Jones, said of the data.

Meanwhile, a new ICM poll for the Guardian shows the SNP continues to have a commanding lead over Jim Murphy’s Scottish Labour heading into the final six weeks of the General Election campaign.

The SNP sits on 43 per cent, the same figure as the last ICM poll in December, while Labour has improved just one point since Murphy became the new party leader, and is on 27 per cent, 16 points behind the Scottish nationalists.

If replicated in the General Election, the ICM figures would see the SNP jump from six to 43 MPs in May.