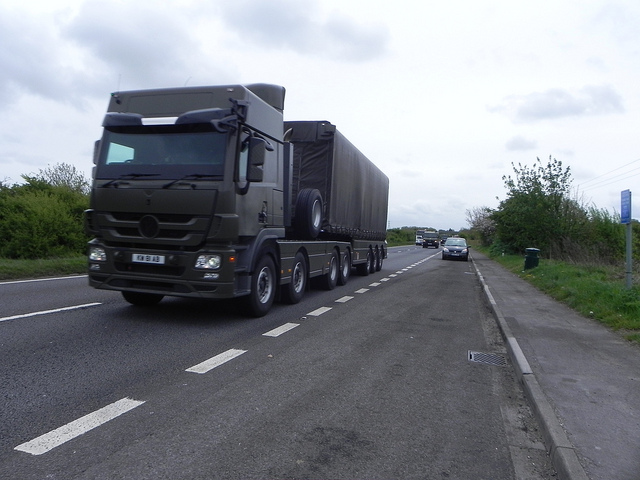 The Scottish Government will request a review of emergency planning, but stops short of taking the lead demanded by Scottish Greens

THE SCOTTISH GOVERNMENT has failed to commit to a review of emergency planning following a Holyrood debate on the possibility of accidents involving Scottish nuclear weapon convoys.

The debate followed an August 2017 report from Nukewatch UK, an independent organisation which monitors nuclear weapon movement around the country. Entitled ‘Unready Scotland’, the reported noted several Freedom of Information requests from Green MSPs, which revealed that none of the relevant local authorities had conducted any assessment of the risks involved in transporting nuclear weapons.

The report also argued that the public had not been sufficiently informed of the risks, or made aware of how councils would respond to any potential accident involving the convoys. Nukewatch UK has highlighted the rapid growth of social media communication as a new risk factor in potential nuclear convoy accidents, and is supported by the Scottish Greens in its call for a Scottish Government-led review.

The report added to concerns already raised by the publication of Ministry of Defence reports by the Ferret in 2016, which revealed that, in the preceding three years, nuclear weapons convoys across the UK had been involved in 43 safety incidents, including cases of brake failure, fuel leakage, overheated engines, delays or diversions due to weather, protests and traffic accidents, and one instance of “dogs loose on the carriageway”.

Mark Ruskell, Green MSP for Mid-Scotland and Fife, pointed out during the debate that while it is illegal under civil regulations to carry explosives together with radioactive materials, no such restrictions apply to military convoys.

Ruskell described the nuclear convoy routes as “the United Kingdom’s worst-kept secret”, and pointed out that in Stirling, the lorries park “behind a flimsy chain-link fence next to a Nando’s and the Vue cinema”, saying that current arrangements were “a disaster movie waiting to happen”.

“It is not responsible to pass the buck to the MOD when the 2004 act places clear obligations on our civilian authorities.” Green MSP Ross Greer

Despite all matters pertaining to defence being reserved to Westminster, both Nukewatch UK and the Scottish Greens have emphasised the Scottish Government’s responsibility over community safety and emergency planning, and have called upon the government to conduct an urgent review of the readiness of all Scottish areas through which nuclear weapons convoys travel, in order to ensure civil contingency preparedness.

Ross Greer, Green MSP for West Scotland, added: “Any release of radioactive particles would be devastating for local communities and for Scotland and the UK as a whole, but most people are not even aware that the convoys pass through our cities, towns and villages.”

Greer continued: “The Scottish Government has a role here, and an opportunity to step in and co-ordinate a review of the preparedness of our civilian authorities. We must ensure that all responsible bodies are prepared in the event that the worst happens. That is not something that could – or should – be left to chance. It is not responsible to pass the buck to the MoD when the 2004 act places clear obligations on our civilian authorities.”

While the debate was broadly welcomed by all participating MSPs, the SNP contingent focused on both the party’s and the Scottish Government’s long-held opposition to nuclear weapons. SNP MSP for Rutherglen Clare Haughey observed that Scotland had been “incredibly lucky” that no major incidents have occurred in the 50 years for which nuclear weapons have been transported around the country.

“However, there have been a number of near misses,” Haughey continued, noting that in 2007, several vehicles from a nuclear convoy were separated and became lost in the Stirling area for several hours due to heavy fog, and in 1987, two vans carrying nuclear warheads came off the road after skidding on ice. It subsequently took authorities approximately 18 hours to recover the vehicles.

“UK Parliament Acts and regulations make it virtually impossible, in my view, for any local authority or the Scottish Government to prepare for a nuclear accident.” SNP MSP Gordon MacDonald

Gordon MacDonald, SNP MSP for the Edinburgh Pentlands, observed that the Civil Contingencies Act, passed by the UK Government in 2004, places constraints upon local authorities’ ability to keep the public informed about nuclear emergency preparedness, in order to avoid sharing “sensitive information” harmful to national security or public safety, and also to avoid unnecessarily alarming the public.

MacDonald argued: “That veil of secrecy and UK Parliament Acts and regulations make it virtually impossible, in my view, for any local authority or the Scottish Government to prepare for a nuclear accident. If we cannot prepare properly for a potential nuclear accident, let us ban transportation of nuclear warheads as a first step towards removing weapons of mass destruction from Scotland.”

Annabelle Ewing, Scottish minister for community safety and legal affairs, congratulated Ruskell on securing the “importance debate” and reiterated the Scottish Government’s opposition to the UK’s nuclear arsenal, describing it as “immoral, illegal and a colossal waste of money”, but defended Scotland’s existing resilience planning and partnerships. Ewing also highlight what she described as “misapprehensions” regarding the structure of this planning, noting the lead taken in such matters by Police Scotland the Scottish Fire and Rescue Service.

Nevertheless, Ewing confirmed that, in response to the concerns raised during the debate, she would be writing to inspectorates of both constabulary and the fire service in Scotland to request a joint review of the resilience work of Police Scotland the SFRS. Such a review, Ewing said, would examine closer working relationships with local authorities and ensure that response arrangements are up to date.