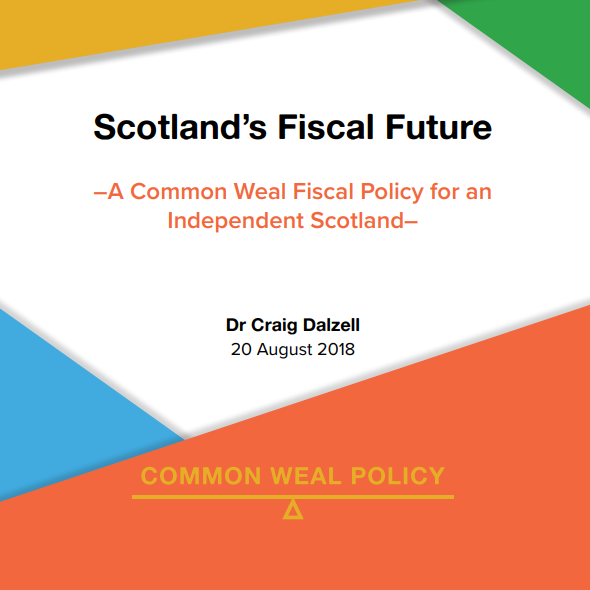 In the second paper of a series examining the Sustainable Growth Commission’s report, Common Weal looks at Fiscal Policy and provides an alternative prospectus based on ensuring wellbeing and equality for the people of Scotland.

Scotland’s Fiscal Future builds on Common Weal’s previous paper on monetary policy to look at the implications of the Growth Commission’s proposals on fiscal policy – the policies of tax and spending set by the government of a country. It can be read in full here.

The Growth Commission proposes that Scotland would not have its own currency but would instead “Sterlinglise” – that is, it would unofficially circulate UK Sterling without having any official control over it. In order to obtain the money that it would need to circulate in the economy, Scotland would have to borrow it – probably from London’s financial markets.

Ultimately, the obsession with national deficits and deficit reduction is at the core of the Growth Commission’s fiscal philosophy and this results directly from the policy of Sterlingisation and limiting Scotland’s monetary policy powers.

Emerging economic schools such as Monetary Theory (MMT) have identified a link between national spending balance, the country’s balance of trade and the internal private market balance (which itself can be disaggregated into household budgets and the budgets of private businesses).

The sum of all of these sectoral balances must, by definition, be zero at all times. This means that if the country’s trade balance stays stable and the national public deficit is decreased then the deficit in the private sector must increase. This has been shown to be true in the case of the UK (and other countries) where Austerity and the reduction of national deficits has resulted in an increase in private debt. This has reduced investment by businesses and has increased household debt as citizens have turned to borrowing money to make up for lost public sector service provision.

This is a critical problem for an economy as the drop in investment reduces competitiveness and productivity whilst the growing household debt bubble is suppressing consumer spending as people triage their budgets.

The principles of a Common Weal fiscal policy would place far less weight on the importance of the national deficit but would take a broader view of accepting the presence of the sectoral balance and would work to avoid excessive imbalance in any of the sectors but would particularly work to avoid excessive household debts. This may well mean running a persistent national deficit to counter a persistent deficit between Scotland and the rest of the world but assuming that Scotland has its own currency then the normal monetary tools available to monetarily sovereign countries – tools such as Quantitative Easing – could be used to ensure that these deficits can be maintained in a sustainable manner.

The quest for GDP and GDP Growth is not sustainable in a finite world and this should also be recognised by an independent Scotland. Metrics such as environmental impact, inequality and wellbeing are far more important and only by elevating them above the quest for “growth at all costs” can a truly fair and sustainable Scotland be created.