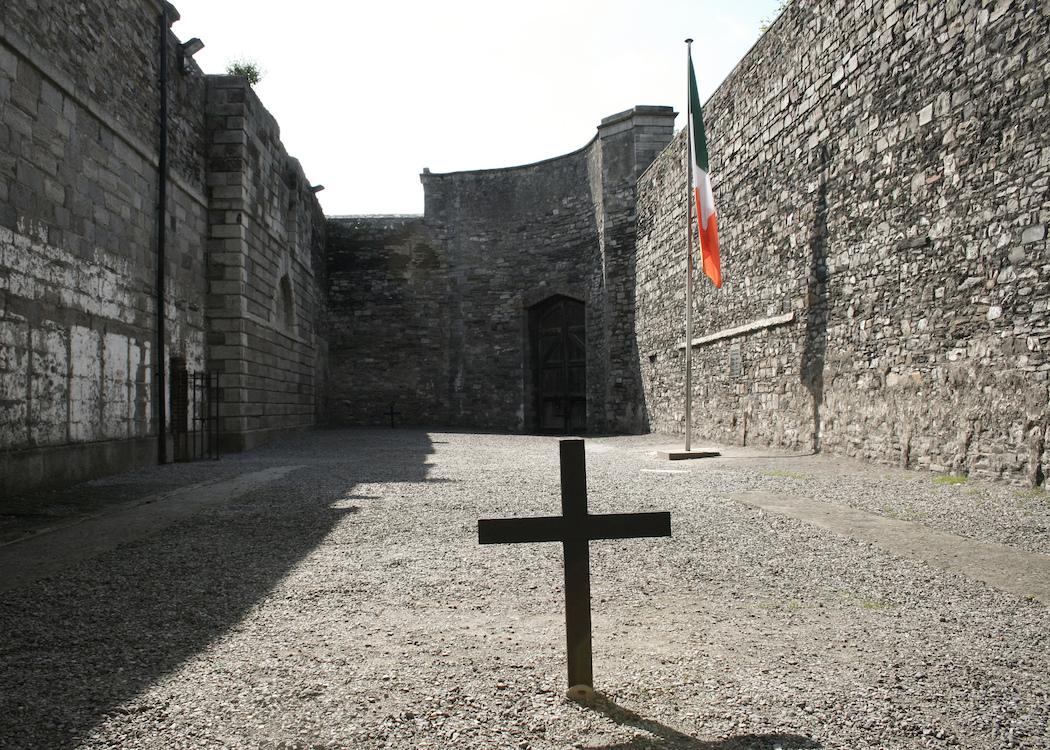 100 years after an armed uprising in Dublin, Scotland is still wrestling with its legacy

TURNING UP TWENTY minutes early for a film is usually early enough to guarantee a seat: not so for an event recognising Easter Rising leader James Connolly.

The Conradh na Gaeilge society organised the showing on a cold Glasgow night – and the free, public event exceeded capacity by over 300 per cent. The film, focusing on Connolly’s life and part in the armed uprising of Dublin 1916, was put on a loop over three hours to fit everyone in.

Connolly, an Edinburgh born socialist, is the historic link across the water between Scotland and the violence which erupted in Irish streets, while wider Europe was ablaze with imperial warfare.

Various centenary events are organised in Scotland and across the world to mark 100 years since the Easter Rising, seen as a brutal landmark prior to Irish independence. The event itself, which began on 24 April 1916, was led by armed militias who sought to declare an Irish Republic.

Crushed by the British military, the rising led to hundreds of deaths among troops, rebels and civilians. Its leader were executed by the forces which occupied Dublin. The rising contributed to a rising militancy of Irish republicanism, and in 1919 Sinn Fein declared an independent Ireland after winning a parliamentary majority.

However, violence – rather than democratic freedom – followed with thousands of deaths during the Irish war of independence, the Irish civil war, and then generations of further violence in Northern Ireland.

Scotland’s own history, inseparable from Ireland following mass emigration, political relations, and current flux over its membership of the union, brings an extra complexity to views on the rising one century on. Intellectual reflection on this is symbolised by the 28 essay long publication by Luath Press titled ‘Scotland and the Easter Rising’.

“James Connolly would have recognised the balance of forces facing the working class today. He recognised that independence must be both political and economic.” Jim Slaven

Jim Slaven, chair of the James Connolly Society (JCS), explains that the society plans a wide range of events as part of the centenary – with a focus on the 30th annual James Connolly commemoration in Edinburgh on Saturday 4 June.

“It is important to recognise James Connolly’s life and work in its broadest sense,” Slaven says.

“The 1916 revolution was the culmination of a lifetime of working class activism and political commitment. Connolly’s contribution to the events in Dublin in 1916 were immense. Militarily he was the commandant general of the Dublin division of the Army of the Irish Republic and politically his influence on the proclamation and the thinking behind the revolution is widely recognised.

“The JCS’ Return to Connolly strategy focusses on Connolly’s life, not his death, and his life was truly remarkable. As well as his role in the Easter Rising Connolly was a prolific political writer, theorist, playwright, publisher, military strategist, union organiser and much more. His socialism, feminism, anti-militarism and advocacy on behalf of the working class are as relevant today as they have ever been.”

“The Easter Rising 100 years ago obviously foreshadowed the civil war, atrocities and divisions that have riven families and distorted politics in Ireland since. Violence begets more violence, we say.” Peace activist Janet Fenton

For Slaven, although referencing the historic Scotland-Ireland solidarity of Thomas Muir, Connolly remains relevant to the modern age.

“James Connolly would have recognised the balance of forces facing the working class today,” Slaven adds.

“He recognised that independence must be both political and economic. The problems facing the working class in Scotland (and Ireland) are problems of the economic system and must be resisted as a system. He rejected capitalism and colonialism and struggled throughout his life for a world that ‘cherished all of the children equally’ as the 1916 Proclamation famously puts it.”

Connolly, who fought and died for his beliefs, warned that independence was meaningless if all it changed was the flag above the offices of government. The cause, he urged, was inseparable from confronting the exploitation of capitalism.

Yet that ethical, political, historical focus has been a million miles away from the angry reaction of British nationalists in Scotland to attempts to recognise the rising centenary.

Similar to months of protest in Belfast 2012-13, it all started with a flag. Plans by North Lanarkshire council to fly the Irish flag to recognise the rising created a furious response from the ‘Regimental Blues’ , a loyalist group determined to end any official recognition of the rising in Scotland.

They warned councillors “every meeting you sit in, every vote you cast and every move you make within the council will be known to us”.

“We will be watching. We have the winning hand here and we strongly suggest you do not call our bluff,” they added, in a post which identified the phone numbers and home addresses of councillors to ‘target’.

The council backed down, identifying the continued conflict and fall out from republican-loyalists conflict in modern Scotland. Recently, loyalists in Scotland were behind the Glasgow riot which followed the independence referendum and attempts to send explosive to high profile Scots-Irish Catholics in 2013.

Outside of Scotland even Queen Elizabeth II – traditionally a loyalist folk hero – has signalled her family’s intention to join the official rising ceremonies.

The Scottish problem with Irish heritage, and how to resolve it calmly and peacefully, divides opinion. Commentator Pat Kane called for careful clarity and distance between modern Scotland and the Irish struggle, lest Scotland got “caught up in their historic and terrible beauty”.

Former justice secretary Kenny MacAskill called for Scotland to join the celebrations of a neighbour .
James McEaney, on CommonSpace , argued that bigotry still stifles a free expression of Irishness in Scotland – and that should be confronted.

“James Connolly was just another shunned idealist, another of those lost leaders who had wasted his time and his life on foolish causes. Silence at home was his reward.” Ian Bell

Kane’s question is an important one: how can communities be peacefully reconciled given the legacy and ongoing proximity to violence?

Janet Fenton, peace and disarmament activist, has her own reflection on the rising and recognition of armed conflicts.

“The Easter Rising 100 years ago obviously foreshadowed the civil war, atrocities and divisions that have riven families and distorted politics in Ireland since,” she told CommonSpace.

“Violence begets more violence, we say. The culture of dulce et decorum est was the dominant ideology at the time. The British (and German) Government’s perspective that political conflict needed to be resolved through sacrifice was taken on by a movement grown tired of procrastination on the subject of home rule and human rights.

“If the morality of the Rising was questionable, the response was extreme and bloody violence, the escalation of differences. The hard-won Republic and the ‘British’ six counties still bears the scars, not only in the ‘troubles’ that beset progress but in Daill Eirrean’s inability to reconcile the desire for neutrality and an end to war with an ongoing involvement with the US foreign policy as millions of troops pass through Shannon Airport annually en route for war.”

Her hope is a simple one: that the politics of change, equality, freedom and peace can ultimately triumph, despite the violent birth of modern nations.

Someone who shared that desire, and who also took a particular interest in the rising, was journalist Ian Bell – a relative of Connolly himself.

In one of his final works before his recent death, he wrote of Connolly’s understated legacy in Scotland: “In 1968 … James Connolly was just another shunned idealist, another of those lost leaders who had wasted his time and his life on foolish causes. Silence at home was his reward.”

Yet – given ongoing political changes – Bell predicted that “silence … falls away in time”. We can hope it is the guns that remain silent, so that such conversations can be free.