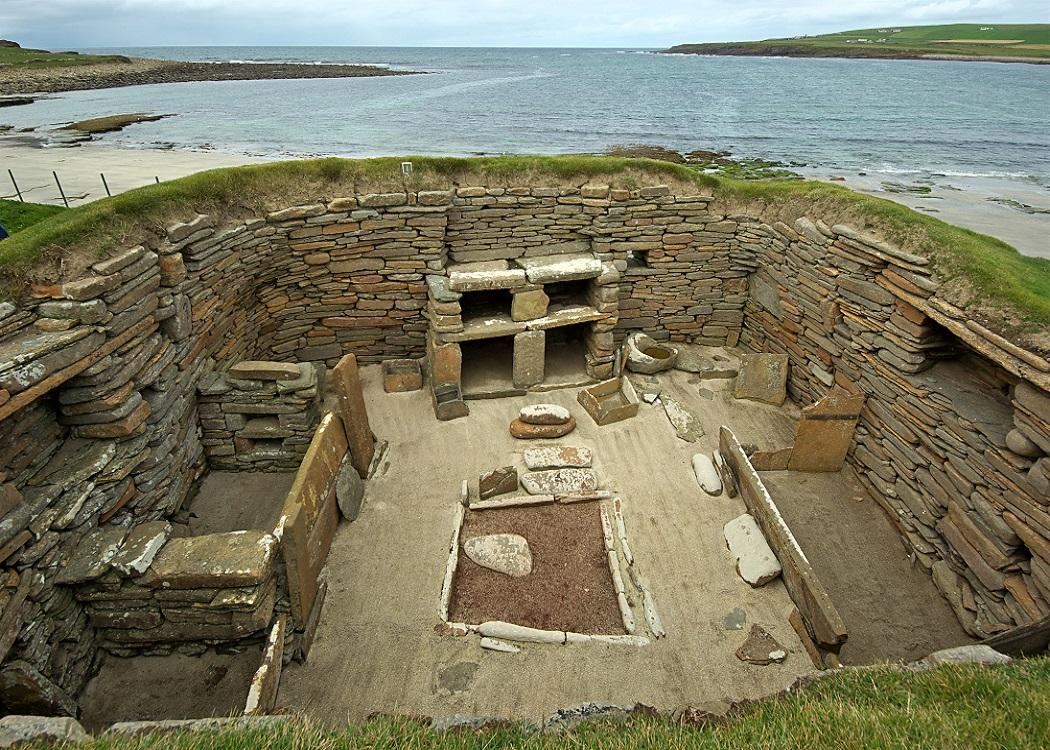 From castles to cottages, Scotland has something for everyone

EARLIER this week Scotland’s tourism industry celebrated reports of a rise in the number of people visiting Scottish attractions.

The Association of Leading Visitor Attractions and VisitScotland both praised the 5.5 per cent attendance increase which outdone the UK average of 3.2 per cent.

Edinburgh Castle came out on top with the highest number of visitors, beating the National Museum of Scotland for the first time in five years.

CommonSpace takes a look at some of the most popular and obscure tourist attractions from across the country.

Situated in the heart of the city, Stirling Castle is one of Scotland’s largest and most historically important castles.

Built around about the early 12th century, the castle has been home to many historical names, notably Mary Queen of Scots and James VI. It also played a key role during the Wars of Independence (1296-1357), having been taken siege several times.

Today the castle boasts a number of attractions including exhibitions on the Stuart dynasty and of the the architecture and artwork found throughout the grounds.

Tours of the Great Hall and the Royal Palace which both date back to the 16th century are also available and for younger visitors there is the palace vaults which feature interactive games and activities.

The National Wallace Monument first opened in 1869 to commemorate Sir William Wallace, the warrior who fought during the first Scottish War of Independence.

Sitting upon the top of Abbey Craig, the monument looks out towards towards Stirling, giving visitors views of Ochil Hills and the Forth Valley.

Abbey Craig is said to be where Wallace watched the gathering of Edward I of England’s army before the battle of Stirling Bridge, arguably his greatest victory.

There are also a number of artifacts believed to have belonged to Wallace including a long sword which weighs over three kilos and a ‘Hall of Heroes’ which celebrates the lives of Scottish warriors and pioneers.

The Sma’ Shot Cottages were built in the 18th century to house weavers during a boom in the town of Paisley’s threads and textiles industry.

The town’s industrial era may now be over but the cottages give visitors a chance to see what living and working just before the time of the industrial revolution was like.

Restored to be as accurate to the time of the weavers as possible, the attraction has displays and pictures of Paisley’s past as well as a functioning loom which highlights that these cottages were a place of work as well as a home.

The Riverside Museum opened in 2011, replacing the old Transport Museum at Kelvin Hall in Glasgow.

Designed by award-winning architect Zaha Hamid, the museum has a collection of over 3,000 objects and vehicles on display, from 20th century Glasgow trams to a mobility scooter.

As well as impressive displays, visitors can also take a trip 80 years back in time to the streets of Glasgow. With access to the model shops and subway station, people of all ages will be able to immerse themselves in the city’s past.

Urquhart Castle was first believed to have been inhabited by William the Lion (1165-1214) and later went on be a key fortress in conflicts between Highland clans.

The castle was also important during the Jacobite uprising and was subsequently destroyed to prevent it being used as a stronghold for supporters of the disposed James VII.

Today the castle lies in ruin by the shores of Loch Ness but is open to the public with a visitors centre providing exhibits about the history and stories of the noblemen who once lived there.

The village of New Lanark is considered to be one of the first important milestones in urban planning. Opened in 1786 as a housing scheme for workers of David Dale’s cotton mills, it is now one of Scotland’s six world heritage sites.

New Lanark became a successful business and with the help of philanthropist Robert Turner became an example of utopian socialism, with profits going back into the village and to the workers.

Around 200 people still live in the settlement and their is a hotel and visitors centre, with tours of the the mills, village shop, restaurant and even a ride which brings to life what the village was like in the early 19th century.

Giving visitors a terrific view over the busy harbour, the Maritime Museum brings Aberdeen’s history with the sea to life.

Opened in 1984 by the local council and the National Trust, the museum has the only display in the UK about the the North Sea gas and oil industry.

Boasting a large collection of nautical memorabilia the museum brings the city’s history to life through interactive activities and hands-on exhibits.

Discovered in 1850 after a storm battered the coast of Orkney, Skara Brae is one of the best preserved prehistoric villages in Western Europe.

Lying along the Bay of Skall, the settlement was believed to have been inhabited over 5,000 years ago. Furnished with ancient stone beds, dressers and seats, visitors are given a picture of what life would have been like all those years ago.

Edinburgh Castle is arguably the most important castle north of the border, having been the seat of Scottish royalty and host of many important moments throughout the country’s history.

Sitting high above the old town atop a dormant volcanic plug, the castle today sees annual visitors of around 1.5 million. It has a number of attractions which include viewing the crown jewels, the one o’clock gun and St. Margaret’s chapel -Edinburgh’s oldest building.

The military played an important part in the fortress’s past and visitors can pay respects at the Scottish National War Memorial or visit the National War Museum which displays over 400 years of conflicts involving Scotland either overseas or at home.

Loch Ness is the second largest loch in Scotland but probably the most famous. Spanning an impressive 23 miles through the highlands, it’s the deepest body of water in the British Isles.

The loch has gained fame thanks to alleged sightings of the Loch Ness Monster or ‘Nessie’ as it more commonly known as by the locals.

First ‘spotted’ in 1933, the monster has become world famous and visitors can enjoy boat trips, nature trails or ‘Nessie Spotting’ voyages down the loch.