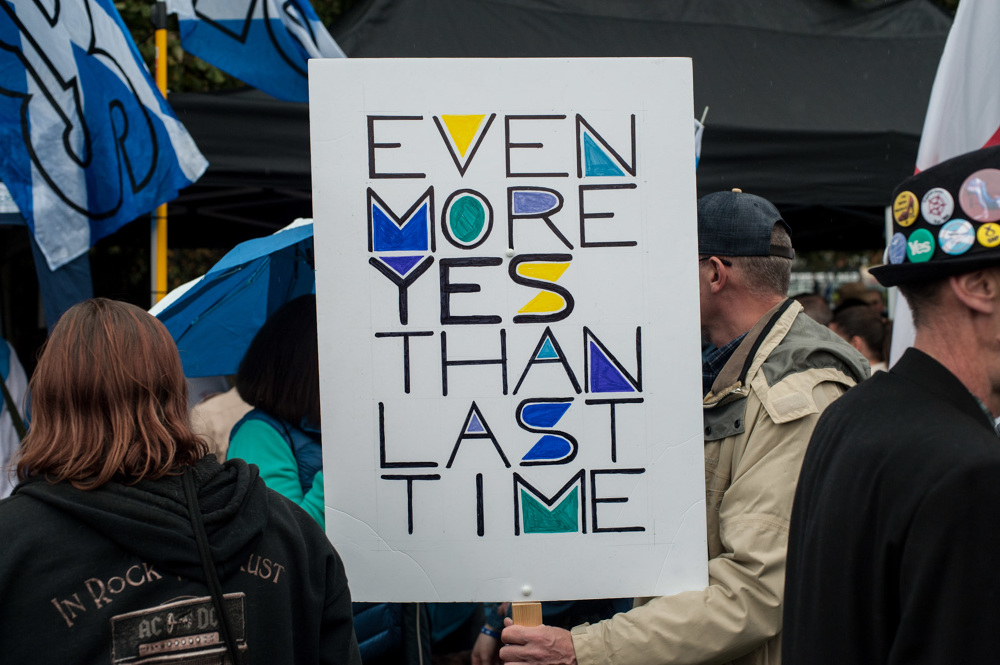 LEFTWING independence and SNP activists have welcomed the SNP Westminster group leader’s comments that the independence case would be focused on “fairness and equity” and resisting “harmful” Tory austerity.

The comments, published in the Sunday Herald, come after news that the SNP Westminster group is reorganising around and anti-austerity strategy and before an unavailing of a new “radical” policy platform by Scottish First Minister Nicola Sturgeon in August.

Wider changes are also taking place across the independence movement with the organisation of the Scottish Independence Convention (SIC), which Sturgeon will meet with as part of a bid to strengthen ties between the SNP and the wider Yes movement in coming months.

Speaking to CommonSpace, Common Weal think tank director Robin McAlpine, who was also one of the founding figures behind the SIC said: “We are now talking about ‘rebooting’ the case for Scottish independence. I think ‘rediscovering’ might be a more accurate description – it’s what we’ve lost since 2014 that has reduced the sparkle.

“Rediscovering the spirit of the referendum is not about radicalism for its own sake but about talking to people in terms of their own lives.”

“The story of Scotland must be a story about the people of Scotland and how they live their lives, not a dinner party discussion about its vested interests and how they can derive greater profits.

“We should take seriously what people are angry about – overpriced and underspecified housing, predatory banking, low pay and job insecurity, the inability to pay for good public services (even as the rich get richer and richer), people’s lack of a democratic say in how their community is run and so on.

“Standard politics sees all these things through the lens of the vested interest – the financial interests of bulk housing developers, the constant need to protect bankers no matter what they do, the demands of employers for ‘flexible’ employment laws, the need to reduce tax burdens on the affluent, the interests of the chief financial officer of a local authority.”

McAlpine added that what really mattered for the new orientation was a popular focus, rather than trying to construct a case for elements of the Scottish establishment.

“Rediscovering the spirit of the referendum is not about radicalism for its own sake but about talking to people in terms of their own lives as they live them now and how that can be better. The fact that this may seem radical is simply a reflection on the awful state of British politics.

“Movements and parties are most effective when the masses are enfranchised and empowered.” Rory Steel, Young Scots for Independence

“Common Weal has produced a set of domestic policies which are sensible and practical and designed to refocus the story on people’s lives. We’ve been working on the much more technical White Paper Project on producing answers to key questions. We plan to work on some big, transformative ideas for an independent Scotland.

Figures on the leftwing of the SNP also welcomed the direction of party strategy. Rory Steel, Vice convenor of Young Scots for Independence, the party youth wing, said that a return to both radical policy priorities and activism was necessary.

He said: “The indy movement and SNP need to recapture that bold edge we had pre-referendum. Radical policies like free university tuition benefited everyone. Since then, things have stagnated and we have become establishment, which is why a refresh is essential. It should get the passions burning again if done properly. Policies such as replacing the council tax and tackling extortionate and often limited public transport are viable and popular.

“We still need to talk about policies in areas where we don’t have the powers. Say what we would do differently and make the case for taking those powers.

“Underpinning everything has to be grass roots involvement.

“Movements and parties are most effective when the masses are enfranchised and empowered. The movement is made up of skilled activists from parties and groups who need to actively work together. Votes are normally won by the national narrative which is why everyone must have the opportunity to feed into it – we can’t rely on the ideas of the few.

“It’s great that we’re talking about it, but we now need to do it. That includes the people reading this. The SNP Youth will be bringing together party and non-party youth groups to re-launch the youth independence campaign. Don’t wait, do your bit now.”

The SNP lost 21 seats in the June General Election – and is believed to have lost twice as many votes to Labour under leftist UK leader Jeremy Corbyn. However, the SNP lost most votes, compared to it’s historic 2015 breakthrough, through previous supporters not turning-out.

A survey of almost 1000 yes activists from the 2014 referendum found that they were to the left of the Scottish Green party on average.