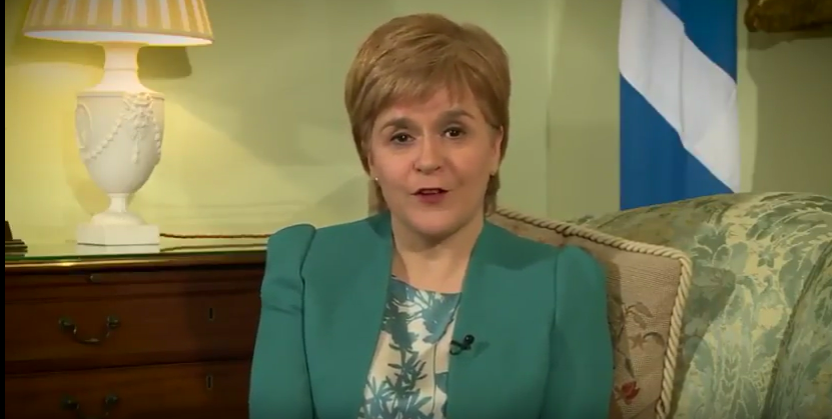 First Minister of Scotland lays down her case for #ScotRef

THE details of a letter from the First Minister of Scotland Nicola Sturgeon have been published and delivered to 10 Downing Street today (Friday 31 March).

In the text, Sturgeon asks the UK Prime Minister Theresa May to respect the vote cast this week (28 March) by the Scottish Parliament to hold a second independence referendum on Scottish independence.

The letter sees the first minister agree with May that “now is not the time for a referendum” but fully outline the position of the Scottish parliament that a referendum should take place between the autumn of next year and the spring of 2019.

It also asks the UK PM to begin the process of transferring the required reserved power from Westminster to Holyrood to allow a second independence vote to take place.

She said: “There appears to be no rational reason for you to stand in the way of the will of the Scottish Parliament and I hope you will not do so.

“However, in anticipation of your refusal to enter into discussions at this stage, it is important for me to be clear about my position. It is my firm view that the mandate of the Scottish Parliament must be respected and progressed. The question is not if, but how.

“I hope that will be by constructive discussion between our governments. However, if that is not yet possible, I will set out to the Scottish Parliament the steps I intend to take to ensure that progress is made towards a referendum. Again, I wish you well for all that lies ahead and stand ready to discuss both a section 30 order and the Scottish Government’s role in securing the best outcome for all parts of the UK.”

The first minister’s letter comes a day after (29 March) the UK Government issued it’s “Brexit letter” which triggered Article 50 and confirmed the start of a process which would see the UK leave the EU.

“There appears to be no rational reason for you to stand in the way of the will of the Scottish Parliament and I hope you will not do so.” Nicola Sturgeon

EU leaders responded somberly but confirmed they would be tough at the negotiating table and ensure that EU citizens rights and the integrity of the “four freedoms” came first. There has also been an argument early on about the obligations of the UK to the EU in terms of payments for existing commitments. This sum is in the region of 60bn euros.

Scotland remains at a political crossroads since the EU referendum last year which saw it vote 62 per cent to remain in the EU, yet faces being dragged out by the UK vote to leave by 52 per cent.

Sturgeon, in a recorded statement released today, argued that if a referendum was rejected this would violate the “fundamentals of devolution.”

Responding to Sturgeon’s letter to May, Scottish Labour leader Kezia Dugdale said: “There absolutely should not be another independence referendum until after Brexit. We have no idea what Brexit looks like, or how it will impact our economy and families in Scotland. The Labour Party I lead will never support independence. We believe that together we’re stronger.”