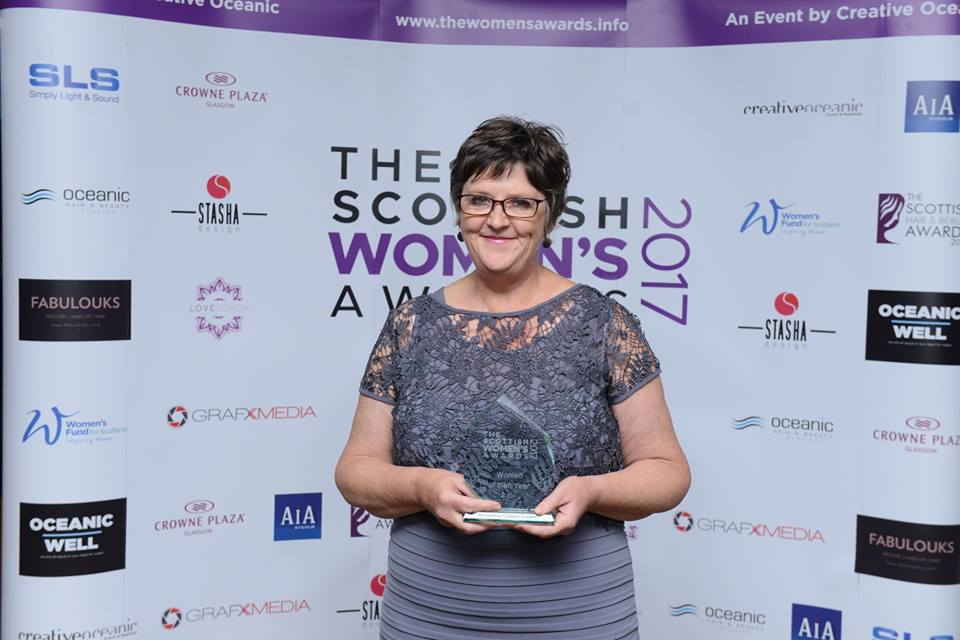 The awards ceremony, which took place at the Crowne Plaza in Glasgow, was organised by Creative Oceanic and hosted by presenters Farah Bradford and David Tanner. Funds were raised through the event for the Women’s Fund for Scotland, which gives grants to community-based groups working with women.

“It was a truly inspirational evening, and we are proud to have been part of an event which recognised the achievements of so many women across Scotland. What made the night extra special for us was to see some of the projects we have supported over the years being recognised.”

Some of the night’s big winners spoke to CommonSpace about the event and how it felt to be recognised for their achievements.

Woman of the Year: Catherine McCulloch of the Children’s Parliament 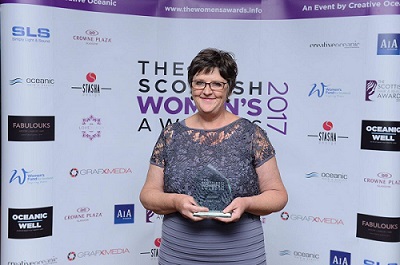 McCulloch said: “It came completely out of the blue. It was the first Scottish Women’s Awards, so nobody really knew anything about it. There was a really good buzz last night and it was huge for the Children’s Parliament to be recognised as part of a mainstream pool.”

McCulloch said that there had been “a lot of closed doors” for the Children’s Parliament along the way, with a lot of work to get to this point, so the recognition now “feels really important and impactful”.

She explained why she thinks the Children’s Parliament has been celebrated with the award: “We are working towards a culture shift in how children and young people are viewed in the 21st century, which means we have to be doing things differently.

“We want to demonstrate that if you give children and young people the opportunity to be heard and to see that we take on board what they think, that creates a really positive vibe.” 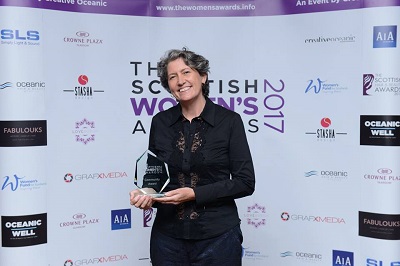 Rachel Thain-Gray, development worker at Glasgow Women’s Libary, said: “We’re absolutely delighted to win the award, especially given the amazing women’s organisations which were included in the category.”

“It was really an amazing collection of organisations, so this was a fantastic recognition of what we do. It’s particularly special because it’s our 25th year this year and we are finally in our new home in Bridgeton.” 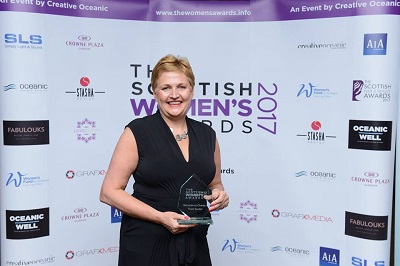 Baillie said: “I’m absolutely delighted to have won the award for services to charity at this year’s Scottish Women’s Awards.”

“This isn’t about me, this award is for all of the team who every day deliver a gold standard of palliative care to the 1,200 new patients and families we look after every year, and is fantastic recognition of our work.

“The hospice’s core values of compassionate care for patients and families, respect and dignity, fairness and integrity, and striving for excellence flow through every department.”

“We are building a state-of-the-art hospice in Glasgow’s Bellahouston Park and when patients move next spring we will take a major step forward in the provision of palliative care to the people of Glasgow. This award is an appreciation of the wonderful work we do now and will continue to do for many years to come.” 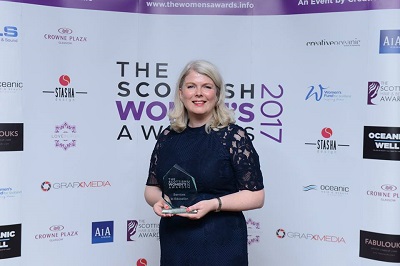 McComb said: “It came out of the blue. I just found out when I got back from holiday and it’s been a whirlwind.”

“I believe very strongly in bilingualism, and we have young people from all over the city in our school who are performing really well.

”This is not just an award for me but for the parents, and for the hard working staff team- it’s a vocation being a Gaelic language teacher – and finally, it’s for the fantastic children and young people we have at the school.” 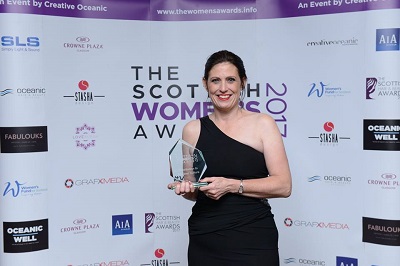 Heather Stuart said: “I am delighted to win this award and to do so in my role as chief executive of Fife Cultural Trust.

“None of what I achieve on a daily basis would happen without the support of the brilliant team that I have around me and the 400 staff within the organisation who do a great job enriching the lives of individuals and communities across Fife on a daily basis.

“I would like to dedicate this award to them and to thank them for all of their support, commitment, and dedication.”