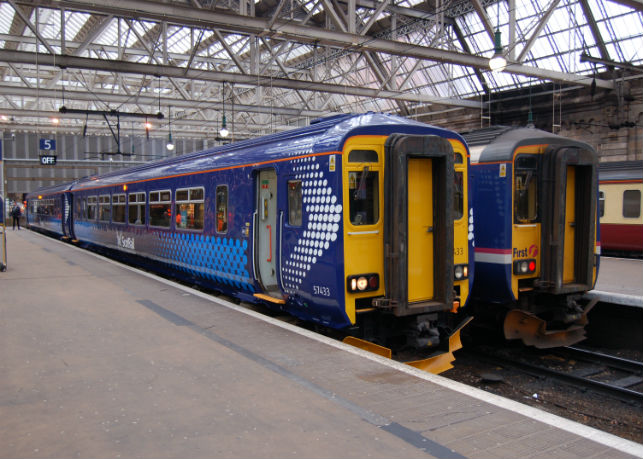 RMT MEMBERS who work on Scotrail trains have voted overwhelmingly for strike action against the extension of Driver Only Operated (DOO) trains.

The result, which has 75 per cent of members voting for strike action on a massive 75 per cent turnout, is part of an ongoing dispute over DOO and Driver Controlled Operation (DCO) trains. Under these regimes, trains don’t carry guards, who currently operate doors and carry out essential safety procedures.

The RMT claims it has failed to receive assurances that the numbers of DOO and DCO trains will not be extended.

RMT general secretary Mick Cash said: “This magnificent result shows that our members on Scotrail stand determined and united in this fight for jobs and safety on Scotland’s rail services. They have not been fooled by the company dirty tricks and that whole attempt to influence and distort a democratic, secret ballot of the staff has backfired spectacularly.

“The workforce know that any extension of DOO or DCO is a clear attack on our members hard earned terms and conditions. RMT members should not have to face the risk of their role and responsibilities being reduced and undermined.

RMT: Removing guards from trains will threaten safety of passengers

“The workforce also know only too well that there is a very real threat to passengers of watering down and wiping out the safety critical role of the guard on these Scotrail services. ‎That is a lethal gamble with basic rail safety.

“This ballot has demonstrated in the clearest possible way the strength of feeling across the Scotrail network over the threatened extension of Driver Only Operation and the rock-solid mandate for action will now be considered by RMT’s executive. The union remains available for further talks.”

Scotrail has claimed that the ballot results show “little appetite” for strike action.

The RMT executive will now consider their next moves in light of the vote.