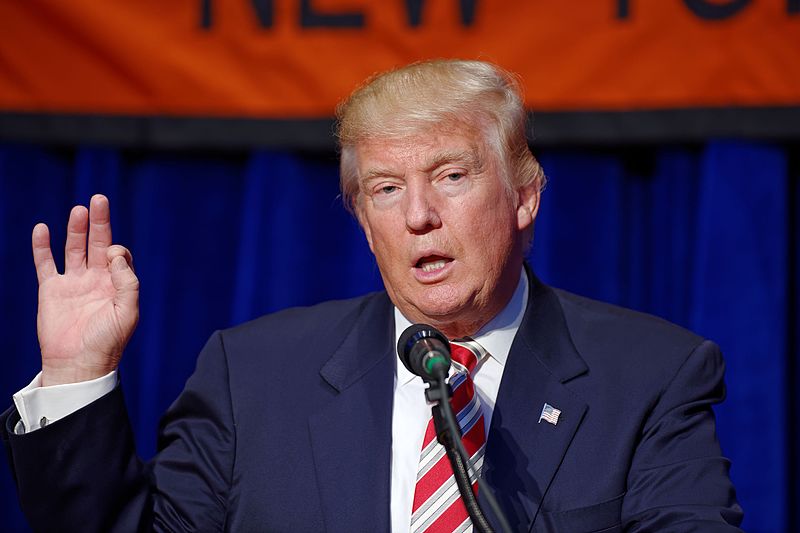 DONALD TRUMP tweeted in the early hours that he had cancelled his visit to the UK, saying he would not open the new American embassy as it was in an “off location”.

Some reports contradicted Trump’s reason, saying he was instead unhappy that the UK trip would not include a meeting with the Queen.

Sources also told the media he would not be invited to the wedding of Prince Harry and Meghan Markle.

In a book released earlier this month, author Michael Wolff claimed that the president wanted to “Trumpalise the Queen” and benefit from the Royal Family’s “reality TV” presence.

Trump would rather twitter fight North Korea than face me again on Scottish soil – I still have this sign and am prepared to whap it out again #TrumpVisit pic.twitter.com/B2fCBYoTvO

Scottish comic and political activist Janey Godley joined others online who said Trump was scared of the possible protests to his visit: “Donald Trump would rather Twitter fight with North Korea than face me again on Scottish soil – I still have this sign and am prepared to whap it out again.”

Demonstrations planned to coincide with Trump’s visit were expected to be some of the largest in UK history, prompting security concerns both sides of the Atlantic.