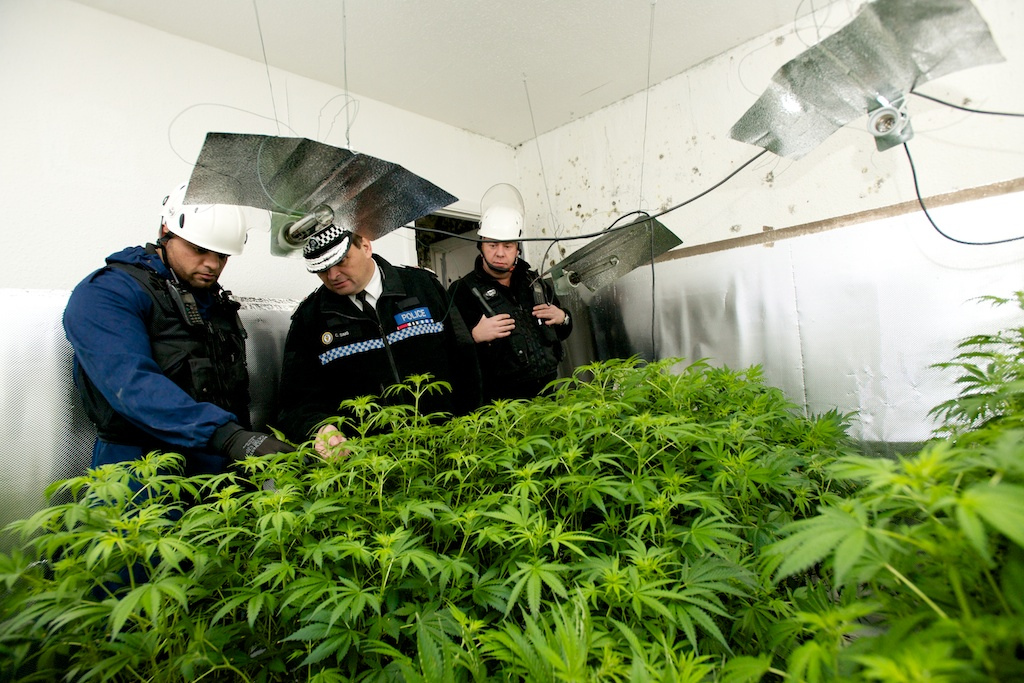 CANNABIS accounted for over 60 per cent of Scottish drug possession crimes in 2016/17 according to official statistics, prompting calls from Liberal Democrat MSP Alex Cole-Hamilton for the introduction of a “regulated cannabis market”.

Powers over drug laws are reserved to Westminster, but Cole-Hamilton has said the “war on drugs” is costing millions but not working, suggesting government adopt “ground-breaking” Lib Dem plans for a regulated cannabis market.

The party’s 2017 manifesto called for the regulation of cannabis sales, with rules in place to control aspects of the drugs sale such as potency and packaging.

Cannabis is currently criminalised as a “Class B” drug, and possession of the drug could lead to up to five years imprisonment under current laws.

Cole-Hamilton said: “These new figures show that when it comes to drug-related crime, police time is dominated by cannabis. Despite this, cannabis is freely available and widely used.

“The ‘war on drugs’ just simply isn’t working. It is costing millions and filling the pockets of criminal gangs.

“That is why Liberal Democrats believe in introducing a regulated cannabis market in the UK, with robust and responsible licensing, as opposed to an unregulated criminal market. This will improve public health and protect communities.

“Of course, those dealing drugs illegally should continue to face tough criminal sanctions. But our proposals would free up the police to deal with organised crime groups and would ensure we can better manage and minimise the health risks associated with cannabis use.

“This is an approach backed by medical and scientific evidence, which builds on the experiences of other countries. It’s high time the UK and Scottish Governments took this seriously.”

“The ‘war on drugs’ isn’t working. It is costing millions and filling the pockets of criminal gangs.” Alex Cole-Hamilton, Lib Dem MSP

Elsewhere in the report, it was revealed that Police Scotland seized 54.1 kg of heroin, 120.3 kg of cocaine and 5.2 kg of crack cocaine from drug supply crimes.

The SNP MP Ronnie Cowan, vice-chair of the all-party parliamentary group on drugs policy reform at Westminister, has also been an outspoken advocate for drug decriminalisation as a method of harm reduction for those addicted to drugs, but critics of the policy say a relaxed attitude could lead to higher levels of Scots facing addiction.

Writing for the Politics Home website in 2016, Cowan said: “There are many examples of countries implementing relatively simple policy changes that have a huge effect on drug consumption and in turn save thousands of lives.

“Switzerland has legalised heroin for addicts, fifteen years ago Portugal set about creating job opportunities for addicts as part of a reform of their drug laws. Intravenous drug use has decreased by 50 per cent, the rate of overdose and HIV transmission has also decreased significantly.

“Decriminalising drugs has proven to be a successful model of harm reduction within communities.”

A resolution and amendment on drug policy were both passed at the SNP conference in October 2017, agreeing that the current policy requires comprehensive review in line with a public health, as opposed to a criminal justice approach, and that the Scottish Government should push for all drug powers to be devolved.