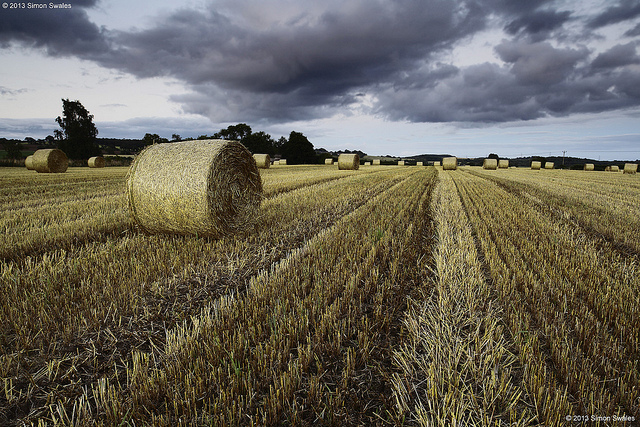 Westminster MPs voted against protecting the rights of EU citizens within the UK ahead of triggering Article 50, a cause of particular concern to the farming industry

NATIONAL Farmers Union Scotland has called upon the UK government to reassure EU workers after an amendment to Article 50 that would have protected the rights of existing EU citizens within the UK was rejected by MPs, throwing concern on the future of the farming sector in Scotland.

The amendment, brought by Labour MP Harriet Harman, would have protected the right to stay for EU citizens living legally within the UK on 23 June 2016, the date the referendum on Britain’s membership of the EU was held. The proposal was rejected in the House of Commons by a majority of 42.

Now, National Farmers Union Scotland (NFUS) has called on the government to rethink that approach or risk seriously damaging the farming sector within Scotland.

“NFUS is calling upon the UK Government to provide reassurance to EU workers that are already in positions that they can stay in the UK and that they can leave and return,” Clare Slipper, NFUS parliamentary officer, told CommonSpace.

“The nature of the work in the farming and food processing industries, paired with the preference of the resident UK workforce for permanent employment, makes it extremely difficult to fill roles – both permanent and seasonal – with people based locally.”

“There is not a single fruit farm in Scotland that could operate without access to overseas workers.” Clare Slipper

Farming is at the foundation of the Scottish food and drinks sector, which has an annual turnover of around £14bn. At various levels there is a strong dependence on non-UK workers.

Scotland is responsible for one-third of the UK’s soft fruit growth. This sector has seen income grow by over 150 per cent in the past decade.

“There is not a single fruit farm in Scotland that could operate without access to overseas workers,” Slipper said.

“It is estimated that there are between 5,000 and 15,000 seasonal workers from the EU employed within the Scottish agricultural sector at any one time.

“It would be drastic for the fruit and vegetable industries of Scotland if this work base were to be lost without a suitable scheme put in place to attract temporary workers.”

Livestock is responsible for 40 per cent of agricultural output in Scotland and the sector is dependant on migrant workers to survive.

“The Scottish Association of Meat Wholesalers estimates that 50 per cent of the workforce in some of Scotland’s abattoirs and meat processing plants are non-UK, with the majority being from the EU”, Slipper revealed.

“With the Scottish red meat processing sector providing direct, permanent employment for approximately 2,700 people, the possible implications of the loss of this labour could be severe.”

“It is essential that a positive message is sent to current and future EU workers in Scotland so that they feel wanted and valued.” Clare Slipper

The NFUS is calling on the UK Government to provide a suitable solution to prevent labour shortages in the event of a hard Brexit.

“It is important that a visa or work permit solution is found that allows the movement of skilled and unskilled labour for permanent positions within the sector”, Slipper said.

“It is essential that a solution is found that allows the industry to get the workers it needs and that a positive message is sent to current and future EU workers in Scotland so that they feel wanted and valued.

“NFUS strongly encourages governments to consider a return to a Seasonal Agricultural Workers Scheme (SAWS) which will allow fruit and vegetable growers to employ workers from the EU as seasonal workers for up to six months at a time within the limit of an annual quota.

“The majority of workers coming into the UK under the previous SAWS scheme were students seeking to fund their education and did not attempt to stay in the UK. Such a scheme should therefore be considered separate of the wider debate around immigration.”

A spokesperson for the Home Office told CommonSpace, “This government has been clear that we want to secure the status of EU nationals already living here and the only circumstances in which that would not be possible is if British citizens’ status in European member states was not protected in return.

“The prime minister has made it one of her 12 priorities to secure their status as early as possible once formal negotiations begin.”

A Scottish Government spokesperson commented, “The Scottish Government’s document ‘Scotland’s Place in Europe’ noted the vital importance of EU nationals as workers in the farming and food processing sectors, both permanent and seasonal.

“The need for businesses in those sectors to have continued access to suitable workforces is one of the many Scottish interests which the detailed proposals in our document are designed to protect.”

Agriculture is said to contribute around £650million to the Scottish economy while directly supporting 65,000 jobs.